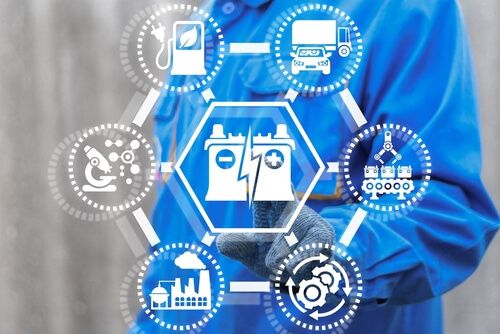 Batteries play an essential role in every industry; they are the driving force. The battery industry in India comprises mainly Automobile, Industrial, and Submarine sectors. Even though China still reigns over the most prominent market globally, India slowly but steadily grows in sales. It is expected to register strong growth in the upcoming years. The demand for Indian batteries by importers worldwide has been on the rise, and the battery manufacturers in India are also gearing up to the expectations. The sectors where the demand for batteries is expected to grow are in new and upcoming industries such as Solar, pTelecom, automation, and power conditioning.

Batteries come in various shapes, sizes and are used for a wide variety of purposes. Lead-acid batteries are used in emergency lighting, in vehicles, especially in cars, and in inverters. Advanced battery technologies are critical to the transition to a green society powered by clean energy. Batteries are not only the energy storage medium in electric vehicles; they are also critical for determining performance, ensuring reliability, and gaining customer acceptance across metrics such as costs, vehicle range, and charging speeds. Aside from e-mobility, they play an important role in the energy sector as stationary storage for applications such as grid balancing and power generated by renewable sources such as wind or solar. Despite their importance, India has relied heavily on East Asian battery cell imports, with only a few local module and pack assembly operations.

EIL is now India's largest storage battery company, offering the most comprehensive range of conventional flooded and VRLA batteries on the market. Aside from the domestic market, the company exports batteries that have found niches in the Southeast Asian and European markets.

Exide designs, manufactures, markets, and sells the most comprehensive line of lead-acid storage batteries in the world, with capacities ranging from 2.5Ah to 20,600Ah to meet the most diverse applications. Using cutting-edge technology, the company manufactures batteries for the automotive, power, telecom, infrastructure, computer, railway, mining, and defence industries. They have established eight factories across India, strategically to their favor:

Amara Raja Batteries Limited (ARBL) is the Indian storage battery industry's technology leader and one of the largest manufacturers of lead-acid batteries for industrial and automotive applications. ARBL's customers include Ford India, Honda, Hyundai, Mahindra & Mahindra, Maruti Suzuki, Ashok Leyland, and Tata Motors, as well as Honda Motorcycles & Scooters India Private Ltd, Royal Enfield, and Bajaj Auto Ltd. ARBL is a well-known private label supplier as well. The company is also home to brands such as Amaron and PowerZone and is also the leading manufacturer of batteries for home automotive batteries and UPS/inverters.

Amaron, a well-known brand in India, is the largest brand that sells automotive batteries in India, while PowerZone offers a wide range of UPS/Inverter batteries. Through their innovative design, research, and technology, ARBL attained a leading position among battery manufacturers in India quickly. The ARBL group boasts revenue of INR 6800 Cr.

The company is the undisputed market leader in the battery segment, with more than half of the Indian market and 75% of the organised flashlights market under its control. Eveready was founded in India in 1905 and was incorporated in 1934 before joining the Williamson Magor Group in 1993. Throughout its history, the company has focused on expanding into new markets, deepening penetration in existing markets, and meeting changing customer demands by improving the efficiency of existing products and adding new products to the product portfolio.

Bose Corporation is one of India's top 5 battery manufacturers that provide a wide range of automotive, solar, and inverter generator batteries. The company aims to become an active partner in the power industry thanks to the latest technologies. The company launched several game-changing initiatives such as "Dial-a-Battery-service" and became the exclusive distributor for the Panasonic brand of batteries in India. They also launched their brand, Base Terminal, in 2002.

They are also responsible for many firsts in the Indian battery market; they have a highly experienced team of professionals who are equipped with cutting-edge technology from the USA, Korea, China, and France. Base Corporation Limited boasts revenue of about INR 100 Cr.

HBL Power Systems is a famous Indian company established in 1977. Initially, it focused on engineering products and services, and its initial business strategy was to find technology gaps which the company could fill through their indigenous ways. With this aim, the company successfully developed aircraft batteries, which eventually led HBL to offer a wide range of batteries such as Ignite Lead Acid Batteries, VRLA batteries, and Photolite tubular batteries. Later on, the company moved into new technologies and markets such as industrial electronics, defense electronics, AC and DC motors, and even green technology products. The company boasts revenue of about INR 1200 Cr.

Su-Kam power systems is a truly knowledge-driven company and is India's solar power solutions company. With innovation at its core, the company develops home UPS, inverters, premium batteries, and intelligent power backup. They sell their products and services in more than 90 countries. Even in this competitive industry, they continue to retain their leadership by focusing on R&D to develop new products continuously.

They have manufacturing facilities located in Baddi in Himachal Pradesh, Gurgaon, and Nepal. These world-class manufacturing facilities are equipped with automatic conveyor lines and automatic testing systems, and other cutting-edge technology. The company has a clear focus on improving productivity, quality and reducing wastage. The company boasts revenue of about INR 700 Cr and is India's most admired power solutions' provider.

Despite significant and multifaceted challenges, India has begun to take steps to promote domestic battery manufacturing. Taking this a step further, it is critical to coordinate efforts across the entire battery and vehicle value chains in order to promote the development of an entire local ecosystem in collaboration with global partners. As a result, the right policies can accelerate India's clean energy transition.

Q. Which company is the biggest battery manufacturer in India?

Ans. Exide industries limited is the biggest battery manufacturer in India in terms of market share and turnover. They also have significant global reach and have a presence in both domestic and international markets.

Q. Why is Exide Industries Limited one of the top battery manufacturers in India?

Ans. Exide is a large group with multi-location manufacturing units spread across India and equipped with cutting-edge technologies. The constant upgrades in research and development have made the company produce the broadest range of Lithium-ion batteries. They are the only company that provides submarine batteries for the Indian Navy. Exide also has strong distribution networks and service centres.

Q. How did ARBL become one of the largest battery manufacturers in India in a short period?

Q. Which company brought in several game-changing initiatives to the Indian battery market?

Ans. Base Corporation Limited is considered to be one of the top battery manufacturers in India. They brought in many firsts in the Indian battery market, such as Dial-a-battery-service.

« Previous Post How To Start Khadi Business In India? [Step-by-step Guide] Next Post » Ways to Grow Your Small Business [Without Capital Infusion]
ManufacturersEnglish