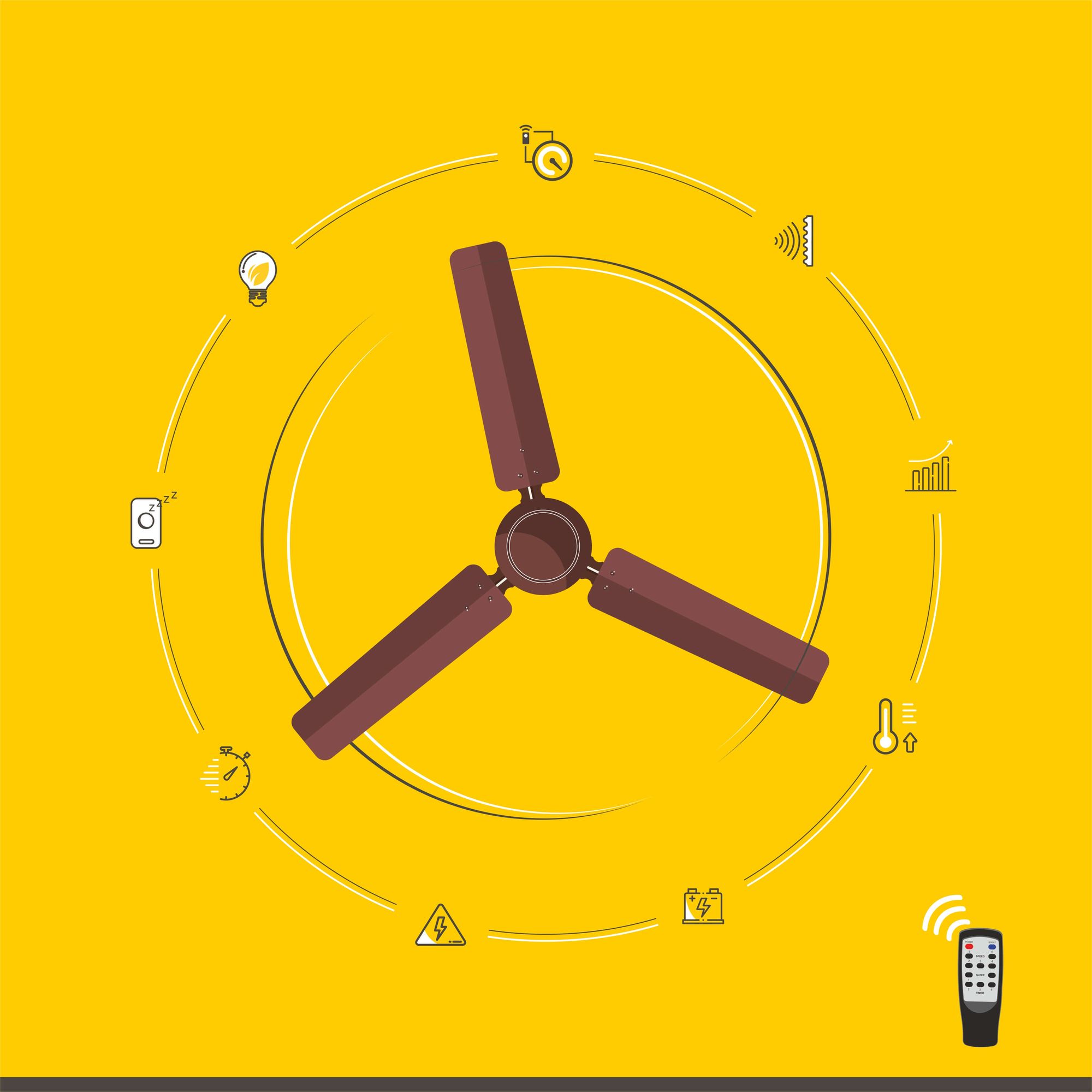 Industry analysts claim that India has a strong manufacturing base for contemporary and modern ceiling fans, with the industry growing at an annual rate of 8%. In the United States, more than 20 million top-rated ceiling fans are anticipated to be made each year. India's modern ceiling fan exports have increased by 200% in the last five years, and the trend is anticipated to continue in the next five.

Ceiling fan sales are predicted to increase in India as disposable incomes and living standards rise. The top ten ceiling fan manufacturers in India are increasing their R&D and new technology investments in order to offer technologically superior and visually appealing ceiling fans for bedrooms at India's most affordable ceiling fan pricing.

Orient is one of India's top ten ceiling fan manufacturers, producing stunning ceiling fans at some of the lowest ceiling fan prices in the country. The company was founded in 1954 and is based in New Delhi, India. Ceiling fan makers in the firm export to more than 30 countries. This massive ceiling fan manufacturer is designated as a Star Export House by the Indian Commerce Ministry on a regular basis. C.K. Birla is the chairman of Orient, a company with a 2017 revenue of over $1 billion.

Bajaj is another of India's top 10 fan makers, with an annual turnover of almost $450 million. Kamal Nayan Bajaj created this prominent ceiling fan manufacturer in India in 1938, and it is based in Mumbai, India. With a well-established network of over 5000 distributors and dealers offering gorgeous ceiling fans, this $5 billion Bajaj Group company is India's largest ceiling fan maker. They also have over 400 retail stores and 250 customer care centres across India, making them one of the greatest ceiling fan manufacturers in the nation.

Ans: Ceiling fans with four blades are quieter and more effective at blowing cold air about in rooms with air conditioners.

They are often more stylish.

Ceiling fans with four blades, on the other hand, may circulate air more slowly and be more expensive than fans with three blades.

Q. Which material is better for ceiling fans?

Ans: While there may appear to be little difference, plastic blades make a quieter fan while metal blades provide a more forceful airflow.

Aside from materials, other factors such as pricing and availability will affect your decision.

Q. What does CFM signify in fans?

Ans: A fan's ability to move air is measured in cubic feet per minute (CFM).

The larger the room, the greater the CFM rate necessary. A strong fan should be capable of changing the air in your bathroom eight times every hour.

Q. What is the standard size for a ceiling fan?

Q. How long can you run a ceiling fan without any issues?

Ans: You may leave a fan running continuously for eight hours without fear of causing ceiling damage or a fire in your house.