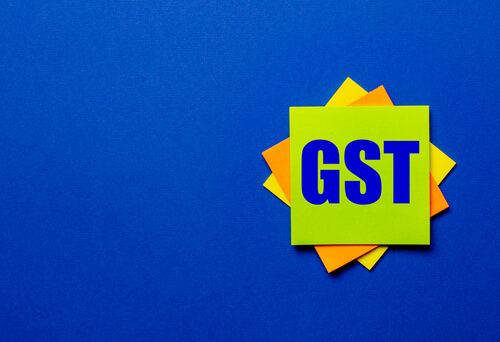 What is the FMCG industry?

Fast-Moving Consumer Goods (FMCG) are commonly referred to as consumer packaged goods. They are the fourth-largest sector in the Indian economy and have a market size of nearly 110 billion US dollars in 2020. Our country is also one of the largest producers of FMCG worldwide.

The FMCG sector consists of consumable goods (excluding groceries and pulses) purchased by customers at regular intervals. Because of continuous market demand, these goods often sell quickly, and their costs are cheap.

The sector is divided into three broad categories: food and beverage, household and personal care, and healthcare, accounting for 20%, 50%, and 30% of the market share, respectively. Changing lifestyles, improved access, and increasing consumer awareness have contributed greatly to the growth of this sector.

HUL, P&G, Nestle, Unilever, Himalaya, and Jyothy Labs are some companies in the FMCG sector. The sector is the largest employer in the country with a workforce bigger than 3 million employees.

Previously, the FMCG sector paid several taxes like VAT, Service Tax, Excise Duty, and Central Sales Tax. Together, the FMCG sector’s tax rate was around 22–24% which changed after the onset of the GST regime. But what exactly is GST?

Goods and Services Tax (GST) came into effect in July 2017. It is hailed widely as one of India’s most reformative taxation laws. GST is a consumption-based tax that subsumes several indirect taxes within it. To learn about GST in detail and the different services it offers, head on to the GST Portal.

How did GST affect the FMCG sector?

The different tax heads that applied to the FMCG sector are now bracketed under a single point of taxation in the form of GST. It has brought down the earlier 22–24% tax rate to 18–20%. GST on the FMCG products, though, cannot be reduced to the mere change in the rate of taxation. It has also impacted this sector on several other fronts, such as its logistical costs, business operations, warehousing, and pricing of individual goods.

1. Costs of logistics and warehousing

Overall, GST has reduced the logistical costs for the FMCG sector. Distribution costs that came out to be 2–7% of the total cost earlier dropped to 1.5% after GST implementation. Since companies previously paid taxes to the states based on their geographical location, GST has had a significant impact on the effective cost management of their supply chains.

Further, transportation of goods from one state to another required payment of a Central State Tax (CST). GST’s implementation abolished this tax. CST compelled several FMCG companies to open their warehouses in as many states as possible to avoid CST costs. Now, companies can reduce the number of warehouses in operation. This cost can be redistributed to fewer large-scale warehouses and help improve the efficiency of customer service.

The reduction of overall taxes through GST is also to align with earlier net tax payable. That means it also had to reflect taxation in states like Himachal Pradesh, Uttarakhand, and the north-eastern states where companies enjoy tax benefits and holidays. This was addressed by the government by reducing GST rates of 175-plus products from 28% to 18% from November 2017.

GST on the FMCG products will be felt in the price of goods. Basic food items like milk, rice, and fresh vegetables have been kept under the NIL bracket, while branded food items have been kept under the 5% taxation bracket. It includes items like branded paneer—Mother Dairy Paneer, frozen vegetables, etc. The rate is not much higher than the current rates of 3–4%. Products like butter, cheese, and ghee are expected to become expensive as they have been categorised under the 12% bracket, a considerable increase from the current rate of 4–5%.

FMCG firms are eligible for several tax exemptions based on the final form of the product. For example, some items are eligible for an exemption if they do not have a registered brand name or are not packaged in a unit container. It is mandated that firms maintain a record of tax-exemptible and taxable products while computing input tax credit reversals.

Fluctuation in the price of goods after the implementation of GST is expected to be passed on to the final consumer through a proportionate change in prices. A rise in taxation is to be reflected as a rise in prices. Similarly, a reduction in taxes will reflect a reduction in prices.

Consumers have the right to file a complaint at the National Anti-Profiteering Authority for any product if they believe that a change in the level of taxes has not been reflected in the price and is being used for profiteering by the company. However, without accurate guidelines, there is ambiguity in how much change in taxes needs to be passed on to the customer and the methodology for doing so.

3. GSTN: a specialised IT network

The Goods and Services Tax Network are one of the most talked-about features of GST in India. This specialised IT network matches outward supply transactions of the supplier at an invoice level with the inward supplies of the customer and allows Input Tax Credit to the customer based on a matching concept.

In the initial months, companies faced challenges due to IT network issues and technical glitches. Recognising this pain point, the government had put the online reconciliation and matching exercise on hold and later worked on a more simplified model for return filing.

The new laws of taxation have tried to improve the competitiveness of our FMCG sector in the global market by keeping the taxes in line with earlier taxes. It has attempted to reduce the hassle borne by companies by unifying the multiple taxes that existed earlier. GST on the FMCG products can further evolve with future changes in the law.

Q. Which are the taxes at the Centre and State level included under GST?

Ans. At the Central level, GST includes the following:

GST includes the below taxes at the State level:

Q. How is IT used in the implementation of GST?

Ans. For implementing GST in the country, the Central and State Governments have jointly registered the Goods and Services Tax Network (GSTN) to provide IT infrastructure to the governments, taxpayers, and other stakeholders.

The key objective of GSTN is to provide a standard and uniform interface to manage registrations, returns, and payments. This removes the hassle of manual filing of returns and automates the process of generating returns on mismatches.

Q. What about the different exemptions granted in the previous regime like the area-based exemptions, under the GST framework?

Ans. The GST framework does not permit any tax exemptions to operate in a particular area. But states can offer incentives, as part of industrial policy, which may include refunding the tax to the taxpayer as an industrial subsidy.

Units in the previously excise-free zones, as of now, will have to pay GST, including Central GST. Later, they have to claim a refund of the CGST component based on the central government’s issued guidelines.