GST rates on Mobile Phones in 2021 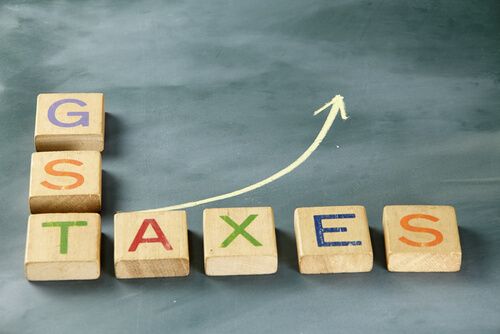 GST Rate in earlier days of GST and its advantages

Before Goods and Services Tax (GST), Value Added Tax (VAT) and excise duty were levied on mobile phones. The VAT rates differed from state to state, causing difficulty setting a uniform price for the mobile phone. GST has made the taxation system hassle-free and brought uniformity in product prices across the country, removing the possibility of price arbitrage. In the case of mobile phones, whether smartphones or feature phones, the GST rate applicable was set at 12% in 2017, which continued until 31st March 2020.

If Mr Mahesh, residing in Punjab, buys a mobile phone from a seller located in Punjab, taxes levied on the transaction will be - CGST at 9% and SGST at 9%. However, if he purchased a mobile phone from an e-commerce vendor located in some different state/union territory, he will have to pay IGST at 18%. The tax rate levied being the same across the nation removes the possibility of price arbitrage.In this article, we will deep dive into the impact of GST on mobile phones.

In the 39th GST Council Meeting held on 14th March 2020 at New Delhi, a significant amendment to the GST rate applicable on mobile phones and accessories was declared. The Council decided to raise the GST rate on mobile phones to 18% due to various revenue generation methods. The rate changes were made effective from 1st April 2020.

Chapter 85 of the HSN code covers GST Rate applicable on Electrical machinery and equipment and parts thereof. The GST rate on mobile electronic accessories continues to be 18%.

The seller must mark the correct HSN code for the mobile phone and accessories to prevent wrong invoicing.

Impact of GST on import of mobile phone

Over time, the price of importing mobile phones in India has increased. Notification No. 09/2020 – Customs, dated 2nd February 2020, has reinstated the 10% social welfare surcharge payable on the import of mobile phones (social welfare surcharge is imposed in place of earlier applicable Education cess and Secondary and Higher Education cess on imported goods). It is over and above the 20% basic customs duty, making imported mobile phones costlier than locally made ones.

According to industry experts, 97% of mobile requirements are met through domestic production, and hence this rate hike won't affect consumers in India much. Moreover, the government has also launched the "Make in India" scheme to promote the domestic manufacturing of mobile phones and electronic equipment.

Q. Is input tax credit available for tax paid on mobiles given to staff?

Ans. Yes, since the mobile phone has been purchased for staff, it can be used in the course/furtherance of business and hence, the tax paid on such goods will be available as an input tax credit.

Q. What is the value of supply to compute GST liability on mobile phones?

Ans. In mobile phones, the value of supply is the amount that the dealer receives on selling the mobile phone. If the transaction is between two associated parties, e.g., relatives, then GST is charged on transaction value, i.e., the price charged from an unrelated party in normal business circumstances.

Q. What is the value of supply when an old phone is exchanged for a new phone?

Ans. Mobile phone dealers sometimes provide attractive exchange offers wherein the customer can trade an old mobile phone in exchange for a new mobile phone, and they need to pay the amount over and above the value of the old phone.

Such a transaction was not under the purview of taxation in the VAT regime. But GST law covers 'Barter' under the definition of 'value of supply, and hence tax is levied on such transactions. So the tax will have to be paid on the total value of the new phone, instead of the value after exchange.

Q. Is GST levied on the discount received on the purchase of a mobile phone?

Ans. Discounts are a part of the ordinary course of business. If the seller provides any discount on the purchase of the mobile phone, then such discount is excluded from determining the taxable value under GST if it satisfies the below conditions -