Internet Penetration In India Over The Years 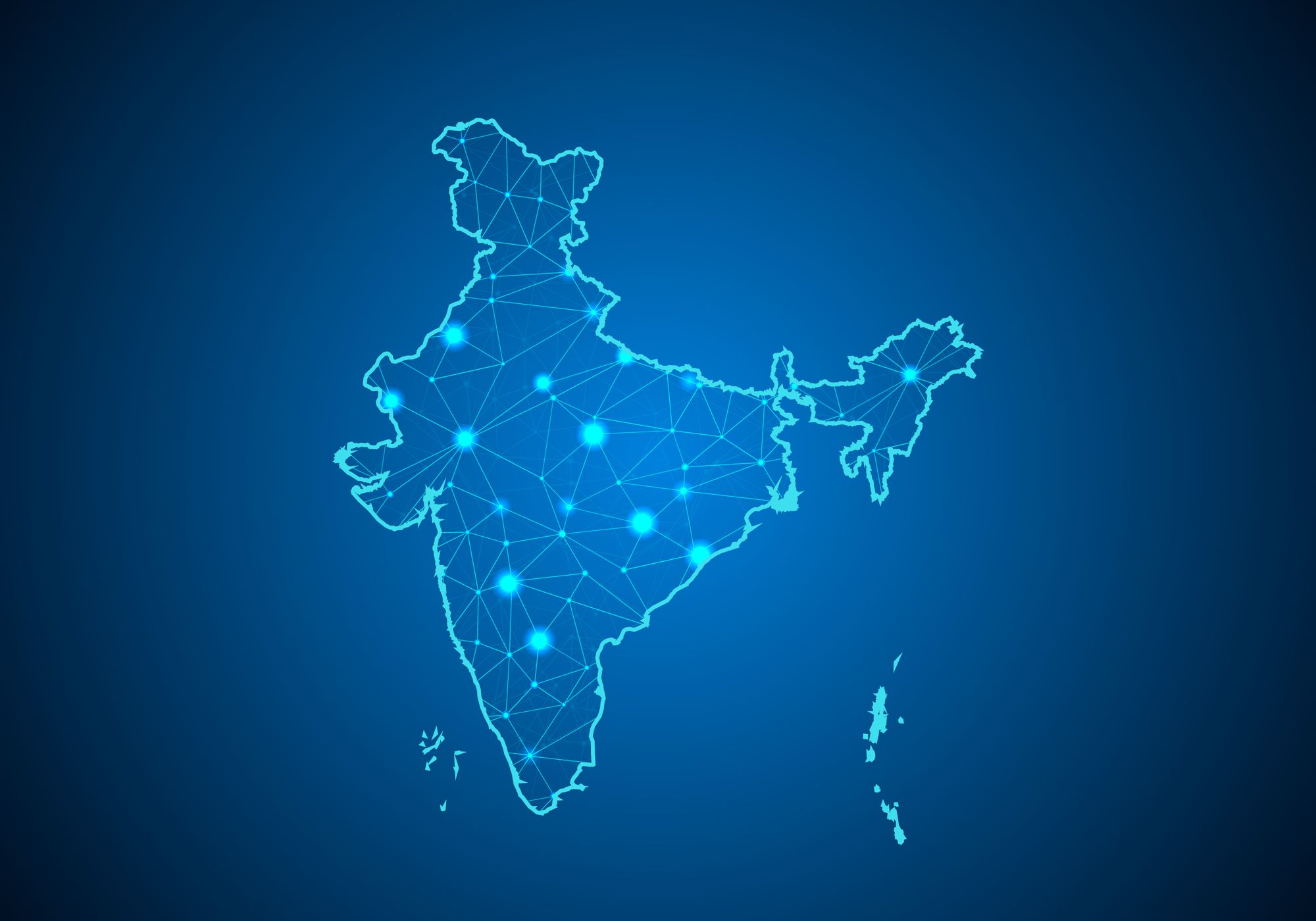 It is practically impossible to imagine a world without the Internet. Our virtual presence is entangled with our lives offline. Even though the Internet has been used in India since 1986, it was limited to educational and research institutes. It was made available to the public from August 1995. Twenty five years later, in 2020, India boasts of the second highest number of internet users in the world. The advent of wireless internet, mobile data, and smart devices has made it possible for internet services to permeate to the farthest corners of the country. Despite such a large user base, nearly half of India has no access to the Internet, we have a long way to go if we want to connect the entire nation to the digital universe.

The Indian digital industry is booming, the market is constantly growing and capturing new consumer bases. India is known to have some of the cheapest broadband and data plans which are essential for connecting the population of a developing nation to the internet. Over the past few years the government has stressed upon the dire need to make sure everyone can access government services digitally. The Digital India campaign has taken the country by storm and is considered to be a global template. In order to ascertain exactly how widespread Internet use has become we must look at the internet penetration rate over one decade (Table1).

There has been a very drastic increase in the penetration rate from 2015, currently India’s internet user base stands at  687 million users which is nearly 12% of global internet users. Nearly 71 million of these users are children between the ages of 5-11 years, they access the internet from their family’s devices. One of the main reasons for an increase in the number of users is the easy availability of affordable android products. A lot of people do not have broadband services, for them mobile data packs serve as the most reliable and pocket-friendly way to access the internet. Thus, smartphones are the harbingers of India’s digital revolution. Currently, telecom giants are competing to set up efficient and cheap infrastructure to increase digital connectivity. This is our best bet to connect the rest of the country to the Internet by 2025.

One of the most revolutionary acts which was single handedly responsible for an exponential increase in the number of users was Reliance Jio’s introductory offer of six months of free high-speed 4G internet with a Jio sim. This new offer meant a lot of people could now afford high speed internet, this period also saw a surge in the sales of smartphones.

Over the past five years the internet usage gap between urban and rural areas has been closing up. Interestingly, a recent study by IAMAI and Neilsen (November 2019)  found out that rural India had 10% more active internet users than urban India. Although, it is important to note that the time spent on the internet is definitely higher in urban areas. A lot of reasons can be given credit for increased rural connectivity, firstly most sites can now be accessed in vernacular languages this is increased inclusivity and better digital literacy. Secondly, many multinationals have taken initiatives to make sure many public areas in rural villages have Wifi connectivity, for eg: Google has provided free Wifi services to over 400 railway stations and conducted digital literacy classes for rural youth to help them grasp the basics. In an attempt to connect nearly 2 lakh Gram Panchayats digitally the Indian Government started the BharatNet Project in 2019, this project has managed to bring super speed internet connectivity to several remote Gram Panchayats and still has a long way to go.

Since the pandemic began, India was in complete lockdown for nearly three months. Currently, even though a lot of workspaces have opened up in small capacities, most schools and universities remain shut. Educational institutions are running online classes and exams and a major portion of the working class population is working from home. This initiative has propelled a lot of families to invest in broadband plans and heavier data plans in order to work and study comfortably.

In order to make contact tracing easier the government has introduced AarogyaSetu, a one of a kind app which has been instrumental in tracking coid-19 clusters. The app has kept users updated about covid cases around them thus ensuring caution and awareness. Having an internet connection is mandatory to survive in the current times. E-commerce to e-health check-ups, everything is a mere click away.

Right now, the main goal is to connect half of the country to the digital landscape. India  with its vast population is a goldmine for telecom giants and they are tirelessly setting up new infrastructure in order to make the entire nation digitally literate. Hopefully, more than 80% of the country’s population will be actively using the internet by 2025. India aims to shift to 5G technology but the current 4G services in the country are far from efficient. Internet penetration is not enough if the data speed is slow. India has a lower data speed(6.9-9.5 Mbps) as compared to the global average of 34-35 Mbps. This is because India uses one of the costliest spectrums. Unless the bandwidth speed is increased and spectrum prices brought down we will not be able to start using 5G internet. The future looks very bright, India striving towards building digital ecosystems related to agriculture, defence, healthcare, retail, and logistics.

Q. What is Internet Penetration Rate?

Ans: A country’s or region’s Internet Penetration Rate is the percentage of the total population that uses the internet.

Q. What is the difference between 4G and 5G?

Ans: 5G is 100 times faster than 4G and has a higher bandwidth. 4G bandwidth is 200 Mbps and that of 5G is more than 1Gbps. The latency period of 5G internet is less than 10 milliseconds.

Q. What is IAMAI?

Ans: The full form is IAMAI is Internet & Mobile Association of India.

Q. Who is an active internet user?

Ans: An active internet user is someone who accesses the internet at least once a month.