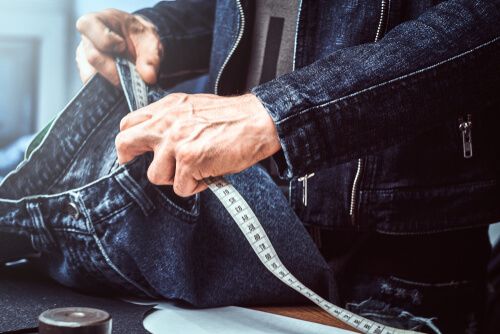 Jeans manufacturers in India turned their dependency on the textile industry and its growth prospects to their own. They dabble in selling denim under their own wing or being the supplier for a much larger brand. The increase in the retail market and textile industry is fuelling this growth. This article will elucidate the driving factors behind this progress.

Jeans manufacturers in India and the Textile Industry

India's textile industry is one of the country's oldest, dating back centuries.

The textile industry is extremely diverse, ranging from hand-spun and hand-woven textiles on one end of the spectrum to sophisticated capital-intensive mills on the other. The decentralised power looms/hosiery and knitting sectors dominate the textiles industry. Because of its close relationship with agriculture(for raw materials such as cotton) and the country's ancient textile culture and traditions, the textile industry differs from other industries in the country. The Indian textile industry is capable of producing a diverse range of products that are suitable for a diverse range of market segments both in India and globally.

The textile industry employs roughly 4.5 billion people in India, including 35.22 lakh handloom workers. The industry accounted for 7% of total industry output in 2018-19(by value). In 2018-19, the Indian textiles and apparel industry( including the Cloth Bags manufacturers in India) contributed 2% to GDP, 12% to export earnings, and 5% to global textiles and apparel trade. Between January and July 2021, India exported textiles worth Rs. 1.77 lakh crore(US$ 23.84 billion), representing a 52.6% rise over the same period the previous year and a 13.7% increase over the pre-pandemic level of 2019.

Cotton production in FY21 is expected to reach 37.10 million bales, with consumption reaching 114 million bales, a 13% increase over the previous year. The textile industry has seen a surge in investment over the last five years. Foreign direct investment in the industry(including dyed and printed goods) totalled $3.75 billion from April 2000 to March 2021(FDI).

Indo Count Industries Ltd(ICIL) has announced an investment of Rs. 200 crores(US$ 26.9 million) to expand its manufacturing capacity. The PLI scheme for man-made fibre and technical textiles will help boost manufacturing, increase exports, and attract investment to the sector.

India is undertaking significant steps to grow its technical textile sector and jeans manufacturers in India. As a result of the pandemic, there has been an upsurge in demand for technical fabrics such as PPE suits and equipment. The government is aiding the industry by giving financing and sponsorship for machinery. Leading cloth bag makers in India are making textiles from natural and recyclable resources to achieve sustainability in their goods.

Q. What materials are used by jeans manufacturers in India?

Ans: The purest type of denim is raw or "dry" denim. As a result, the fabric is solid and durable, and it is typically composed completely of cotton and is left unaltered after the dyeing and finishing operations. Raw denim is available in two finishes: sanforized and unsanforized.

Q. Which state banned the use of plastics in India first?

Q. Can cotton be recycled?

Ans: Cotton can be recycled, but only at a textile recycling facility, where the scrap material is mechanically separated to its fibres and spun into yarn with new fibres.

Q. How long does it take cotton to degrade naturally?