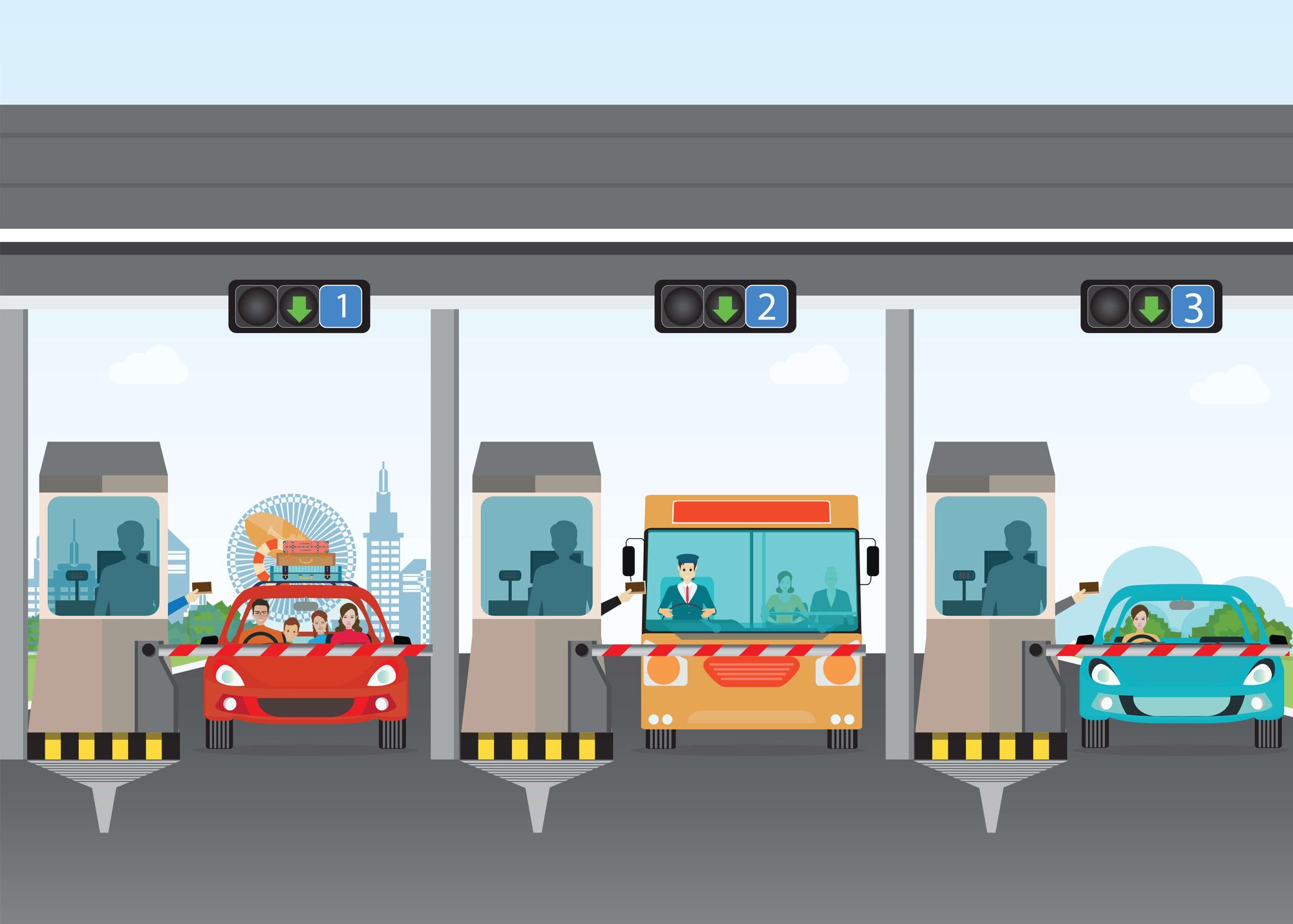 1. Why Toll Tax Is Collected?

4. How Does Toll Tax Work In India?

5. Why Toll Tax Is Collected In India?

FAQs On Why Toll Tax Is Collected

1. Why Toll Tax Is Collected?

We pay different types of taxes for driving our vehicles on Indian roads. As such, it is necessary to know those various taxes, their purposes, and the differences between them. A road tax, known by various names worldwide, is a tax that one needs to pay, or is generally included with, a wheeled vehicle used on a public road. Their respective state governments construct over 80% of the roads in all India’s states, except for the national highways, built and maintained by the central government.

Given that the construction costs of these state constructed roads are borne by each state separately, the road tax is essentially imposed by the respective state government. This is a state-level tax, which means that various state governments impose it at their stage. Every state differs in its rules and regulations for charging the amount of road toll tax. Consequently, because of a varying percentage charged by different states, the amount of road tax is also different.

According to the Central Motor Vehicles Act, there is a rule stating if a car is in use for 1+ years, the owner should pay the whole amount of road tax at once. The owner needs to pay this road tax at the Regional Transport Office, i.e., the RTO. The government spends a considerable sum of money on the construction and maintenance of roadways all over the country. Other amounts are also spent on providing travellers with safety and emergency services if they, unfortunately, meet an accident.

Road signs, footpaths, road lights, etc., need money for construction and maintenance, which the government approves for infrastructure development. These expenses done by the government are then recovered from people of the country when they use the roads to drive their vehicles. This recovery occurs in the form of road tax. Therefore, every motor automobile bought in India has to pay a road tax or a Motor Vehicles Tax to commute on Indian roads. Hence, road tax can be considered an essential tax for maintaining the country’s infrastructure.

On the other hand, a toll tax is a form of road pricing usually implemented to help recover road construction and maintenance expenditure. When an individual travels across states or down a highway or an expressway in India, one always comes across at least one toll booth where they have to pay a specific toll tax. In India, a fee is levied for lifting the cost incurred in constructing and maintaining every state or national highway.

This fee is known as toll and is a kind of tax. After the recovery of the highway’s cost, the fee is collected at a lessened rate of 40 per cent, for the general maintenance of the roads. This policy on collection of user or toll fee is based on the terms of  National Highways Act, 1956 (48 of 1956) and the National Highways Fee (Determination of Rates and Collection) Rules, 2008, as amended. At present, there are 209 toll plazas in National Highways with National Highway Authority of India.

4. How Does Toll Tax Work In India?

In India, the road tax is levied on all types of vehicles purchased in India. However, the amount of tax to be paid would depend on a variety of factors. These include the vehicle’s engine capacity, weight, seating capacity, fuel usage, age, state registration, the purpose of use and class of the vehicle, the date of registration, and lastly, the date of purchase. Here, the amount of road tax is calculated as a percentage of the cost of the vehicle. However, this percentage varies for all India’s different states, so the road tax depends on the state where an individual registers their vehicle.

Therefore, road tax is paid on a vehicle registration with the RTO, typically when the vehicle is purchased. However, if one transfers to another state, one would have to pay the road tax again to keep using that vehicle in the new state. Road tax is generally paid one time at the time of registration of a vehicle. However, in some cases, one can also pay it yearly. On the other hand, toll tax rates in India are decided based on the length of the road stretch under one project, usually 60 km. One will be charged based on the actual length of the road if that length is less. Few other factors affect the number of tolls collected, like highway width, structures on the highway, applicable fee rules, and concession agreements. However, the amount does not change based on the length of the project road a traveller travels on.

5. Why Toll Tax Is Collected In India?

The toll fee also differs based on the type of vehicle—the vehicle’s size, carriage weight, the kind of use, i.e., commercial or personal use of a vehicle, etc. According to the National Highways Fee (Determination of Rates and Collection) Rules, 2008, the fee rates are modified annually with effect from 1st April. Such policy decisions on particular toll issues are generally taken from time to time depending upon timely requirements. The toll tax has a list of people who are exempted from paying toll tax across India. The list includes:

Additionally when used for official purposes by:

There are many benefits of paying the toll tax. Besides, these benefits do not depend on whether an individual has paid the toll or not and services provided to all National Highway users. These are facilities applicable to all users for free, and the toll tax covers the expenses. These additional facilities can be of various kinds. Firstly, the private participants who maintain and are responsible for a project stretch are also assigned to provide motorists in need with facilities such as a tow-away crane, route-patrol services, ambulance, and fire tender. The assigned companies possessing the specific contract to maintain a particular highway are also bound to supply services like drinking water, toilet blocks, and bus bays on the highway. Thus, in case of a car breakdown or an accident on a toll highway, a traveller can contact the numbers printed on the toll receipt for help, free of cost.

the basic understanding is that India’s road toll tax is paid, usually only once, on a vehicle before it is to be driven on a public road. On the other hand, a toll tax is payable even after paying the road tax as it is levied on vehicles that need to commute on particular highways and bridges.

1) Coronavirus Tax Relief for Small Businesses
2) How does the Income Tax System work in India?
3) Why Do We Pay Income Tax in India? Importance, Applicability & more
4) What Is Negative List Under Service Tax?

Download OkCredit now & get rid of your bookkeeping hassles.OkCredit is 100% Made in India.

FAQs On Why Toll Tax Is Collected

Q. What Is Toll Tax?

Ans- Toll tax is used for road construction and maintenance purposes in India. It generally covers the costs of newly built toll roads by charging the toll tax. It also charges for harbouring the toll roads. Toll tax is not your usual road tax that the RTO charges from vehicle owners.

Ans- Toll roads have existed for the last 2,700 years, which had to be paid by travellers who were using the Susa–Babylon highway under the regime of Ashurbanipal, since the 7th century BC.

Q. Why are road tolls collected?

Ans- The reason Why Toll Tax Is Taken In India is to ensure that the cost of road safety and security is maintained.

Q. What are the toll charges in India?

Ans- These are the toll charges in India for 2022:

« Previous Post How To Start Used Bike Showroom? Next Post » What Is OkCredit: All you need to know about OkCredit Login.
MiscellaneousEnglish