Indian Economy & All About It 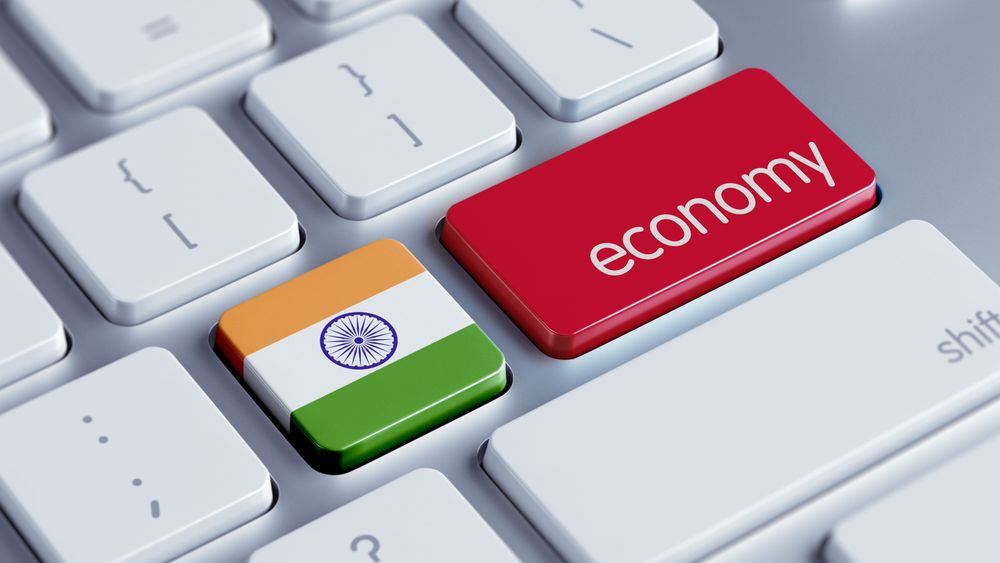 The economy of any country is its state in terms of the production and consumption of resources. In its current stage, India is a developing country. The development is dependent on innumerable factors revolving around production, business, trade, etc. The economy of any country thrives only and only when there is economic growth. Just like economic growth, there are other economic indicators that act as statistics used to define the economy. Some of these indicators are the Gross Domestic Product (GDP) of a country, the inflation, corruption, unemployment rate, debt, trade activities, international relations, etc.

It is said that the dwellers of archaic India were the experts of the trade that they carried out. Within the Indian subcontinent, the earliest trade activity dates back to the Indus Valley Civilization, prevalent during 3000-1700 BC, where one of the earliest known civilizations practised trade. Millennia later, from 1 AD to about 1700 AD, India was consistently peaking as the top most economy comprising 35 to 40% of world GDP. Since then, India has witnessed numerous invasions, regimes, imperial ambushes, governments, and whatnot. Naturally, in the process, the standard of living and the economy at large wore down. But still somehow, in today’s time, competing against 193 countries, India proudly boasts the world’s 5th largest economy. This achievement has been a long-term process which is affected by certain factors that are within the economy. Let’s sneak a peek into the ingredients that make up the Indian economy!

Sectors within the Indian Economy:

The Indian economy tracks its GDP based on three sectors. They are Agriculture, Industry, and Services. These three correspond to the status of the primary, secondary and the tertiary sectors of the Indian economy. Within these three overarching sectors lie numerous sub-sectors that cumulatively generate the revenue of that sector. Here’s some elaboration on the three sectors:

Being the primary sector of India, the Agriculture sector comprises various sub-sectors like animal husbandry, crops, fisheries, dairy, horticulture, organic agriculture, aquaculture, sericulture, aviculture, farming, sugar industry, and forestry and other related activities. In 2019, about 42.39% of India’s workforce was employed in the Agriculture sector. It is the significant sector of employment in any developing country since the primary sector accounts for a considerable portion of the economy in terms of financial capital generation. In addition, it provides employment opportunities to a major section of the population thereby reducing the unemployment rate.

The advantages reserved for the agricultural sector lie in the robust demand from the urban and the rising urban population that is consuming the sector’s output rapidly, the government’s efforts to incentivise and encourage the farmers by aiming to double their income by 2022, and the naturally higher proportion of agricultural land that is endowed upon the Indian territory. In 2019, 15.96% of India’s GDP was credited to the Agricultural sector.

The Indian industrial sector is made up of activities like mining, manufacturing, production, quarrying, electricity, gas and water supply, etc. In 2019, about 25.58% of India’s total workforce was reported to have been working under the Industrial sector. India has six major industries namely Iron and Steel, Paper, Sugar, Cement, Textiles, and Jute. The other emerging industries are Petrochemical, Pharmaceuticals, Gems and Jewellery, Automobile and other manufacturing sub-sectors.

According to the latest reports from 2019, the industrial sector accounts for 24.88% of the GDP. Due to an increasing demographic of the young and working population, this figure is assured to rise in the near future. Additionally, due to initiatives like ‘Make in India,’ in the next two decades, this sector will see immense investment from both foreign and domestic clients.

The tertiary economic sector, as known as the Services sector gives employment to about 32.04% of the Indian workforce. The service sector monitors various other sub-sectors like Banking & Insurance, IT, Retail, Tourism, Media and Entertainment, Healthcare, Logistics, Printing, Trade, Hotels and Restaurants, Transport, Real Estate, and Telecommunications to name a few.

The Indian Services sector is the 7th largest services sector in the world by nominal GDP. As the most dominant sector in India’s economy, in 2019, it accounted for 49.88% of the total GDP. Furthermore, the implementation of the GST act and the government’s intervention in better policy making is sure to create a uniform national market for all services to thrive in!

The Indian economy, in March, had witnessed a GDP expansion by 3.1%. In FY20, the GDP growth was about 4.2%. This is proof enough that under steady conditions, the Indian economy continually flourishes. With the highest percentage of the youth population in the world and the second-highest percentage of the labour force, there is no doubt that the economy of India will witness a positive turnover in years and years to come!

Q. Is the Indian economy better than other economies?

A. In 2019, India became the 5th largest economy in the world. In terms of its GDP by purchasing power, India ranks 3rd globally. As of September 2020, due to the economic recession caused by COVID-19, India's GDP is at a historic low, having contracted by 23.9%. But this is a common phenomenon worldwide as the most major economies have seen a contraction in 2020. At this stage of global economic turmoil, there’s no telling which economy is the most steady and whether it will remain so.

Q. What are the different types of economies?

A. Popularly and contemporarily, there are 3 major types of economies. They are free-market economy, command economy and mixed economy. India, due to its increased level of liberalisation, is categorised as a developing market economy.

Q. What are some signs of Economic Growth?

A. Economic growth is directly proportional to factors such as production, consumption, employment, and increasing activity in avenues like construction, infrastructure, trade, business, transportation, import-export etc.

How To Change Name In PAN Card? [Complete Process]

How to Withdraw PF Online with UAN?[Hassle-free Process]

How to download an ITR acknowledgement with ease? [Detailed Guide]

How to Start a Tea Stall? [Step-by-step Business Plan]