Everything You Need To Know About An HSN Code—Complete Guide 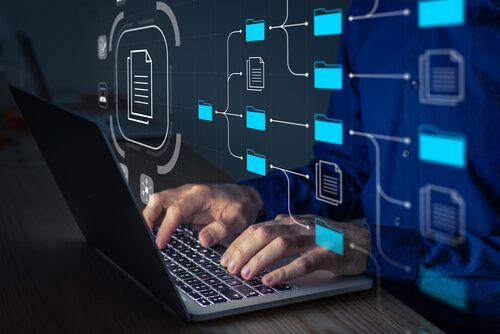 The majority of Indian entrepreneurs are confused about a cause. The new Tax Act introduced a whole new set of laws and regulations that must be followed. It comprises many factors that differ from company to company and even between industries.

One of them is the HSN code.

In case you are wondering what an HSN code is, it is a system that was created to classify commodities in a systematic manner across a country or the globe. The Harmonised System of Nomenclature is the full name of this system. It is a six-digit code that categorises and classifies over 5,000 different items. Notably, the codes are recognised all around the world. The World Customs Organisation (WCO) designed the codes, which went into effect in 1988.

This six-digit code is used to identify about 5,000 commodity categories. To ensure uniformity in classification, the codes are organised in a logical and legal framework that is supported by well-defined regulations.

What Does the HSN Code Mean?

The HSN code is rather simple to learn, despite how complicated it sounds.

HSN is a worldwide coding system for assigning codes to items and commodities. It is an internationally recognised coding system that allows items to be classified all around the world.

Each country or continent will have its own set of norms for trade management policies, which will be followed by their nomenclature. Unless people are well-versed in both ends' codes, this causes misunderstanding across the continent.

A basic product/item like a lentil, for instance, can be classified as both a food and a seed. It may differ depending on different cultures and how people utilise it.

HSN wants to make things easier; it uses a six-digit code based on a hierarchy to standardise these various forms (4 to 8 digits, generally 6).

What Is the Significance of the HSN Code?

Many business owners have no idea what an HSN code is, so they look it up online. The basic goal of the HSN codes is to organise and classify commodities logically and systematically. This aids in the standardisation of product and service classification in international trade.

For the following reasons, the GST HSN codes are used to classify over 98% of items in over 200 countries:

HSN Code is a universally recognised logical representation of items.

An American business owner, for example, may not understand what you mean when you say "dhoop" or "agarbatti," but can easily try looking up 3307 41 00 to get the usual meaning, which in this case is "incense."

Most nations use HSN codes for services and products and practically all products/goods have the same HSN codes. In a few nations, however, the HSN code list differs depending on the nature of the products listed.

After the advent of the well-researched taxation changes, the GST Act, the HSN code was formally adopted in full effect in India.

However, because India has been a member of the WCO since 1971, the Central Excise and Customs Regime has been using it since its creation (1988).

The government used the HSN system in a variety of ways with the GST. The codes were initially six-digit codes used by Customs and Central Excise to classify products and commodities. The government added two more digits to the code for further classification, specific to the needs of the products in this location. The WCO has approved this approach as standard. Resultantly, the codes have been changed to eight-digit codes.

Only those participating in international trade, both export and import, are required to utilise the eight-digit HSN code.

For the government, this clearly distinguishes the sort of business and products, making taxation a straightforward process. The HSN code must be explicitly stated on each invoice issued for GST taxation, according to the government.

The HSN code puts all Indian traders on an equal footing with the rest of the world, ensuring seamless foreign transactions and product or service exchanges.

Understanding the Mechanism Behind the Code

The HSN code comprises several elements. So, when you read through this part, be sure to take meticulous notes. This will assist you in determining whether HSN codes apply to the products you offer.

HSN codes have the following structure:

The broad categories of commodities are described in the headings of the sections and chapters. Moreover, the headlines and subheadings go into great detail about the commodities and products.

Let's start with an example HSN code for vegetable goods from Section 2: 1006.30.

The most general level of classification is section, which in this case refers to vegetable products.

A chapter is represented by the first two digits of the code. In the HSN code, a chapter is a second-highest classification as regards hierarchy. It is 10 in this case, which is the cereals chapter.

Cereals come in various shapes and sizes, as you may know. Wheat, barley, rice, and other grains are all available. After Chapter 10, the next two numerals denote the subheading (in this case, 06), which means rice.

Basmati, polished, whole grain, and brown rice are the different types of rice. To indicate that the two digits following the period (.) are used.

The number 30 refers to polished or unpolished rice that has been semi-milled or fully milled.

So, if you give someone the HSN number 1006.30, they'll know it's for this specific sort of rice.

Similarly, the HSN code for textile-based handkerchiefs is 62.13.90, where:

The Indian administration wants to move trade taxation to a digital, automated system via the GST Act. The HSN code is a part of the government's initiative to ensure the correct taxation of goods within the country.

In light of this, the requirement that the HSN code be included on every invoice drawn up for GST taxation is particularly beneficial. Hence, tax returns are fundamentally quick, efficient, and straightforward.

Furthermore, in a country like India, where tax fraud is rampant and the percentage of taxpayers is small, the HSN codes assist in putting them on the map.

The government also wants to include locally produced goods and market them on a global basis.

Handkerchiefs, for instance, can be classified using the eight-digit HSN code in all of its variations, such as silk, man-made fiber, and silk waste. This necessitates the use of General Interpretation Rules.

Nonetheless, international recognition is given to whatever the country has to offer as regards goods and services.

The HSN codes that must be stated based on the business turnover are as follows:

HSN codes, in particular, must be declared in all GST tax invoices. For this purpose, the previous year's turnover will be taken into account.

Steps to Finding your HSN Code

Google is the quickest and most efficient way to look up a product's HSN code. However, you can also take the following steps:

Contractual commitments and policy compliances are highly tight-wound when the trade takes place between two parties, including two nations, and come with a slew of regulations that must be obeyed.

The Harmonised System of Nomenclature (HSN codes) is used in this situation to ensure that there is no ambiguity during commerce. The HSN codes' principal goal is to make the GST taxing system more systematic and universally acknowledged. The codes have made it unnecessary to fill out the tax receipt with a thorough description of the products. This saves time and work for the business owner and makes it easy to fill returns.

1) Top 10 Proven Tips To Increase Profit Margins for Your Business
2) Tips to Secure Business Loan While Having Bad Credit
3) Tips To Get Your Business Ready For Seasonal Sales
4) Colour Psychology: How Colours Can Influence Branding and Marketing?

Q. What is the significance of the HSN code?

Ans. The first six digits of the HSN code are the same in all countries because it is a globally accepted standard. However, to improve classification, countries have added more digits to their HS code systems. For example, in India, we have a four-, six-, and eight-digit classification system.

Q. Why is the HSN code needed or used?

Ans. HSN code is a reasonable way of identifying items for both domestic and international trade because it is an internationally recognised standard for product classification. It can be used to collect data and better understand international and domestic trade both within and beyond the country. This will aid the government in formulating macroeconomic policies concerning the trading of certain commodities.

Q. Who is the provider of the HSN code?

Ans. DGFT (Directorate General of Foreign Trade) is responsible for any modifications, formulations, or additions to HSN codes. Changes to product descriptions, the removal of defunct codes, the insertion of new codes, and so on are all done regularly as part of the ongoing effort to perfect HSN codes.

Ans. The ITC-HS codes are mandatory for exports. The eight-digit HSN code must be included on the shipping bill; else, the export incentives will be forfeited. Nevertheless, for firms with a turnover of less than Rs. 1.5 crores or if the dealer is registered under the GST Composition Scheme, HSN codes are not required.

Q. What if the HSN code you provided is incorrect?

Q. What's the difference between an HSN code and a SAC code?