How SEZs are beneficial to small industries? 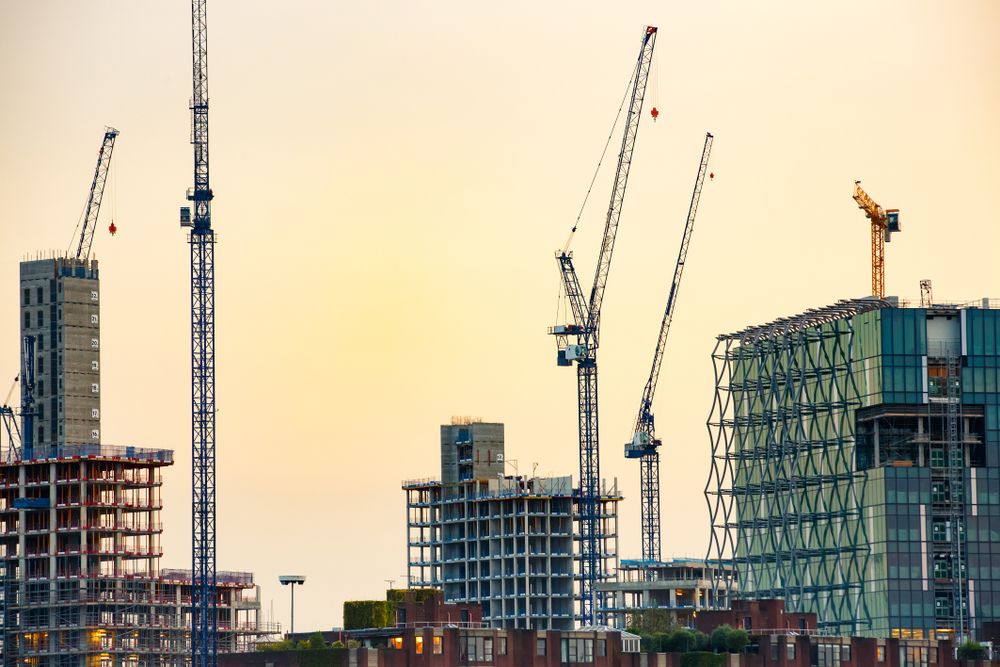 The Special Economic Zone (SEZ) is a region in which market and trade rules vary from that of the rest of the nation. SEZs are situated within the national boundaries of a country, and their goals include improved trade surplus, wages, increased spending, job growth, and successful administration. Financial policies are placed in place to allow companies to start-up in the zone. These measures generally concern spending, tariffs, trading, quotas, customs, and labor regulations.

In India, the first SEZ was established in Kandla, Gujarat, India, in 1965, offering better facilities and tax holidays. The second one was established in Santa Cruz in Maharashtra in 1973. In the 1980s, five more SEZs were formed in different parts of the world. It is important to note that while the country began to implement robust economic reforms in the early 1990s, no new EPZs were formed in that decade.

SEZ strategy was adopted by the Central Government in the year 2000. The private sector has been able to play a more active role in creating SEZs with or without government involvement. During 2000-05, approvals were issued to set up 26 SEZs. Interestingly, most of these SEZs were in the form of joint partnerships between the Government of the State and a private entity.

SEZs and the small-scale industries in India

A recent report by the Ministry of Commerce indicates that 8 out of every ten units of different single and multi-product SEZs are set up by small or medium-sized enterprises. Of the 1,100 units currently in service in around 30 SEZs, 850 are small companies. It is estimated that another 73 SEZs informed will be operating by the end of the year, home to another 2,000 small and medium-sized units.

The Administration of the Nation has agreed on exempt groups in special economic zones (SEZs), export processing zones (EPZs), and export-oriented units (EEAs) from the provision of an industrial license to create industrial units for the manufacture of products reserved for small-scale industries (SSI). While there are numerous criticisms of SEZs, such as Loss in Government Revenues, decline in agriculture and related means of survival, Unequal regional growth, Misuse of real estate property, Discrimination against an existing manufacturing unit but, as per the data, it has been proved that SEZs are effectively beneficial for small scale industries due to following reasons:

SEZ Companies are free to import from domestic markets without paying any duty on capital products, raw materials, consumables, spare parts, packaging materials, office facilities, DG sets, etc., to carry out their project in the region without any authorisation or relevant permission. Goods purchased duty-free can be used for a term of clearance of 5 years.

2. 100% sales tax exemption on export income for SEZ units for the first five years and 50 percent for the next five years.

External Commercial Borrowing (ECB) of SEZ units up to USD 500 million per year without any constraint of maturity by accepted banks, Central Sales Tax exemption, exemption from obligation charge, Single window clearance for permissions at central and state level, exemption from national sales tax and other levies, unless extended by the respective state governments among many others.

Benefits occurring or incurred on or after 1 April 2005 from any company carrying on or services provided by an SEZ unit are excluded from MAT according to section 115JB. The Authority has authorised items in special economic zones and export processing zones to produce automated products intended for the niche industry. The facility will also be available to output entities, according to a formal release in Delhi.

It is because the government decided to include a clean operational environment for the components in these areas. The plans for the production of reserved products will now be cleared at the stage of the Planning Board.

Normal Labour Laws are applicable to SEZs, which are enforced by the respective State Governments. However, State governments have been asked to optimise treatment plans and to create a single channel implementation framework by allocating appropriate powers to SEZ growth officials, making it simpler for small-scale enterprises.

5. Benefits for drugs and cosmetic industries

Tax exemption from transport limitations under the Regulations on Drugs & Cosmetics, Subcontracting/Contract Farming, SEZ Factories which subcontract part of the production or production process to units in the "Home" Zone or to other EOU/SEZ Unions, SEZ Bases may also hire section of their manufacturing system internationally.

Better infrastructure is one of the most significant advantages provided by SEZs to manufacturing units. Infrastructure services in SEZs can be widely used by members, thereby minimising the need to set up individual facilities. SEZs can indeed be extremely useful for small companies that cannot afford to set up captive infrastructure facilities; for example, large Indian businesses, alongside small and medium-sized enterprises, plan to follow up SEZ divisions with state-of-the-art infrastructural development and negotiate deals. Better infrastructure services in SEZs have made it easier to produce without complications, which can be seen by the rise in exports.

In addition to providing improved connectivity in the form of multi-lane roads that meet with global safety and quality requirements, SEZs provide the following facilities, especially to small scale industries:

In addition to these benefits, SEZs also provide few controversial exemptions under SEZs related to environmental matters. Under SEZs, IT non-polluting industries and facilities are allowed in the Coastal Regulation Sector, such as golf courses, desalination plants, hotels, and non-polluting utilities. SEZ units are excluded from public hearings under the Environmental Impact Assessment Notice. The operation of the SEZs is controlled by a three-processing establishment. The Committee of Consent is a national association, chaired by the Minister, Department of Commerce. The selection board at the area level deals with the certification of SEZ systems and other relevant matters. Every region shall be headed by the Minister for Growth, who is the former chair of the Approvement Panel.

Sunil Parekh, who has thoroughly researched port-led innovations in Gujarat as a credit rating and analysis consultant for Crisil, says that unlike larger SEZs such as those set up by Reliance and Essar, smaller, sector-specific SEZs are mainly aimed at small and medium-sized enterprises. Assessing that SEZ shipments are regulated by manufacturing output, it is exciting to note that much of the forthcoming SEZs are linked to much the same. It is expected that the share of manufactured products in overall SEZ exports will rise and continue to increase. In view of the progress of SEZs, the country aims to set up NMIZs, concentrating in specific on processing. The aim is to get a top approach. What the Small-scale Industry groups have to do is concentrate on their strategic direction.

In conclusion, India's economic development is driven by smaller businesses. At the very same moment, from what small and medium-sized businesses are associated with, it is not just the real estate aspect that has drawn everyone to SEZs. There's now a lot of rewards on offer. For example, in both its Navi Mumbai and Part of the Economic food zones, RIL is developing a terminal emulator ordering system for SME units. The business is also in negotiations with a number of major investment banks to set up SME lending counters inside the limits of all its Small-scale Industry sector. In the unfolding tale of India, the main actors will be a couple of major players and a host of small firms. A well-connected SEZ may be the best option on the markets for entrepreneurs.

1) How Does The Diamond Industry Work?
2) Ease of Doing Business in India -The Challenges & Opportunities
3) How to start a real-estate business? All about real estate business
4) IGST- Integrated Goods & Services Tax- A Complete Guide!