What is GDP? All about the GDP of India 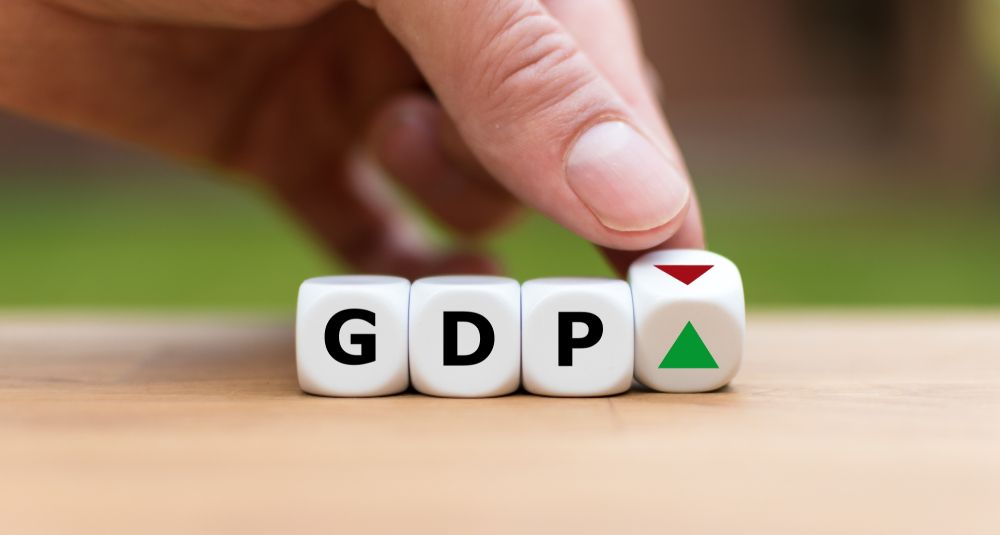 For a country as vast as India, calculating our GDP is maybe the most efficient way to put a tracker on our financial growth. India is the fifth-largest economy in the world by nominal GDP and it has continued to show huge variations on the chart due to its young population and relatively low dependency rates.

Let’s break it all down to give you a summary of what GDP is and how it’s calculated.

GDP or Gross Domestic Product is basically the total monetary output of a country in a specific time period, usually a year. To put it simply, it’s the final value of all the goods and services produced in the county in a year. It’s one of the most efficient ways to track down the economic wellbeing of the country. It acts as a report card for the country's growth, allowing us, the citizens, to make a more sound judgement about the government.

Among the various different components of the GDP, one of the most important ones is the foreign trade balance. Our GDP rises when we sell more to other countries than we purchase from them. This allows us to compare our country’s growth in comparison to other nations. If we spend more money on imports than we get from exports, we end up with a trade deficit. This significantly harms our GDP.

One good way to keep a check on the country’s growth over the years is to keep a sharp eye on our GDP growth rate. More on that in the next segment.

The GDP growth rate of our country is basically the percentage growth or loss of value of goods and services produced by us this year as compared to previous years. It lets us know how well we’re performing with time and it also gives us a basic idea of what the future might look like if we don’t make drastic changes.

Ever since the 21st century, India's GDP growth rate has been somewhere between 6-7% making us the world's fastest-growing major economy, right ahead of China. Our economy slowed in 2017, due to the financial setbacks caused by demonetisation and our rising trade deficit. Regardless, India continues to show great promise for a young and developing nation.

How is GDP calculated?

Let's talk about how we calculate the GDP in India.

The Central Statistics Office (CSO) under the Ministry of Statistics and Program Implementation is responsible for keeping a track on our financial productions. It collects the data through various surveys and compiles it to calculate our GDP.

We use two different methods to calculate the GDP of the country, one based on economic activity and the second on our gross expenditure. This helps us arrive at our nominal GDP and our real GDP after adjusting for inflation.

We use the Factor Cost method and the Expenditure method to calculate our annual Gross Domestic Product. Let’s talk about these two methods.

The factor cost figure uses data on the following sectors to calculate net GDP growth. These sectors are:

Using the figures obtained from these sectors, the CSO publishes its findings. This helps people make informed decisions about investing in various sectors of our economy while also providing the country with a clear growth chart for our economy.

The expenditure figure, as the name suggests, puts a number on the various domestic sales across the nation.  This method offers sound data on which sector contributes how much to the Indian economy.

Using the two methods, we calculate two remotely different figures on our GDP growth throughout the year. After accounting this into the previous term’s GDP, we arrive at our current Gross Domestic Product.

There are a few popular drawbacks to GDP as an economic tracker. A lot of people argue that there are much more efficient and transparent alternatives that provide a more honest review of the economy. These drawbacks are:

One of the key aspects of the debate against GDP is its lack of specific timelines. GDP averages growth over the year and in doing so ignores drastic variations shown on smaller time scales. For instance, India has shown a GDP growth of -4.2% from 2019 to 2020, and -10.8% from the start of 2020 to the predicted GDP of 2021. This figure will improve slightly by the time 2021 rolls around. However, this completely ignores the -24% GDP growth shown by India in the first quarter of 2020. A lot of business shrank, and livelihood suffered. A lot of that loss vanishes when you coordinate our GDP annually. This can be countered with a more specific situation related method.

Accounting for our vast population, only 2% of Indians pay income taxes. This is due to the vast informal economy present in our country. Because of this, our GDP charts present a very blurred image of our financial standing, as a lot of transactions go unaccounted for. India has one of the worst scenarios of black money circulating in the nations and this problem can not be solved until we find a way to account for and represent our informal business activities.

GDP, unlike GNP, does not take into consideration the money earned by the country through overseas operations. Due to this, GNP is usually regarded as the more precise indicator of the financial wellbeing of India.

Given the scale and the size of the country, it’s a given that any survey or finding on such a large scale will have its flaws. Taken positively, these flaws can be seen as sectors where our country can improve in accounting for growth.

GDP is an incredibly useful tool in making both political and financial decisions as it allows citizens to make an informed decision about the government while also enabling other parties to soundly invest in various sectors across the nation.

The first step to solving a problem is accepting that there exists one and our GDP lets us know exactly where our problems lie.

Also read:
How Lockdown Has Impacted Employment in India?
GST Tax Calculator - All you need to know about GST Tax Calculation
GST Impact on Small Retailers

Q. How is GDP different from GNP?

A. The Gross Domestic Product does not account for sales of products and services made by Indian companies based overseas. This makes it a little imprecise.

Whereas the Gross National Product or GNP accounts for the output value of goods and services offered by our country’s citizens both inland and abroad.

Q. Which sector contributes the most to India’s GDP?

A. The tertiary sector consisting of fields such as the service sector, the hospitality sector, communications, etc contributes the most to the Indian economy.

Q. What is the base year for calculating India’s GDP?