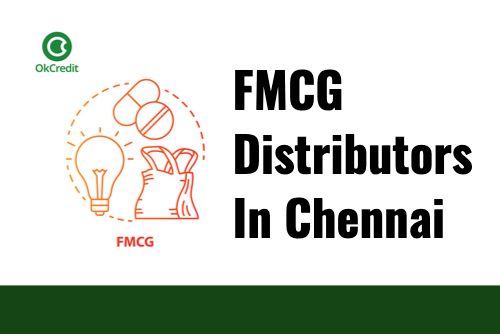 FMCG Distributors in Chennai are well known for their timely deliveries of stocks throughout the metropolis. Fast-moving consumer goods (FMCG) are India's fourth-biggest industry, accounting for more than half of FMCG sales. Improved awareness, increased accessibility, and changing lifestyles have all contributed to the sector's growth. Urban consumption accounts for the lion's share of FMCG revenues in India (about 55 per cent of total FMCG revenue). Rural India's FMCG market, on the other hand, has grown at a faster pace than urban India's in recent years. Rural and semi-urban areas are seeing significant expansion, with fast-moving consumer goods accounting for 50% of rural spending.

The fast-moving consumer goods (FMCG) market in India is expected to develop at a 14.9 per cent compound annual growth rate (CAGR) to US$ 220 billion by 2025, up from US$ 110 billion in 2020. According to Nielsen, the Indian fast-moving consumer goods market expanded 9.4 per cent in the January-March quarter of 2021, driven mostly by consumption growth and value expansion as a result of higher product prices, particularly for basics.

Rural markets climbed by 14.6% in the same quarter, while urban markets increased for the first time in two years. Between 2015 and 2020, final consumer expenditure increased at a 5.2 per cent compound annual growth rate. Fitch Solutions projects that real household spending will climb 9.1% year on year in 2021, after a 9.3% drop in 2020 as a result of the pandemic's economic impact. CRISIL Ratings anticipates that the FMCG industry's sales growth would double to 10-12 per cent in FY22, from 5-6 per cent in FY21. Price increases across product categories, volume expansion, and a resurgence in discretionary goods demand all contribute to growth. Despite limitations in some parts of the country, the FMCG industry increased by 36.9 per cent in the April-June 2021 quarter.

Rural India's FMCG industry rebounded to a double-digit growth rate of 10.6 per cent in the third quarter of FY20, thanks to a variety of government initiatives (including packaged staples and hygiene); plentiful agricultural output; reverse migration; and a lower unemployment rate. Rural consumer growth will bolster the fast-moving consumer goods (FMCG) industry. The processed food industry in India is predicted to reach US$ 470 billion by 2025, up from US$ 263 billion in 2019-20.

FMCG behemoths such as Johnson & Johnson, Himalaya, Hindustan Unilever, ITC, and Lakmé are now in direct competition with direct-to-consumer start-ups such as Mamaearth, The Moms Co., Bey Bee, Azah, Nua, and Pee Safe. Revlon and Lotus took 20 years to achieve the Rs. 100 crore (US$ 13.4 million) mark, compared to four and eight years, respectively, for new-age direct-to-consumer companies Mamaearth and Sugar.

Consumer demand for enterprises with dedicated websites is expected to climb by 88% year over year in 2020. Since then, other businesses have followed suit, and India now has over 800 direct-to-consumer organisations vying for a market of US$ 101 billion by 2025. Between October and November 2021, e-commerce enterprises across all platforms would generate US$ 9.2 billion in sales, thanks to increased holiday purchasing. Over the Christmas season, Flipkart Group surpassed Amazon to claim a 62 per cent market share.

In the July-September quarter, television advertising volumes climbed by a healthy 4%, hitting 461 million seconds, the highest level since 2021. With a 29 per cent growth in advertising volume over the preceding year's similar period, FMCG maintained its top position. Even the e-commerce industry is expected to grow at a robust 26 per cent each year until 2020.

Foreign direct investment is permitted at 100% in food production and single-brand retail, and 51% in multi-brand retail. This would result in a rise in employment, supply chain efficiency, and brand exposure inside organised retail markets, hence encouraging consumer spending and new product releases. Between April 2000 and June 2021, the sector received a foreign direct investment of US$ 18.59 billion (FDI). OkCredit is a financial accounting service that allows you to keep track of all of your financial expenditures and resources so you can focus on offering better customer service and product recommendations to your clients.

Rural spending has risen in lockstep with rising affluence and aspiration, which has been a boon for FMCG Distributors in Chennai. Rural India's demand for branded items is expanding. On the other hand, while the unorganised market's proportion of the FMCG sector continues to shrink, the organised sector's growth is expected to accelerate as a consequence of increased brand awareness aided by the rise of contemporary retail. Another significant driver of demand for food services in India is the country's rapidly rising young population, particularly in metropolitan areas. India has a large number of young people who make up the bulk of the workforce and hence have less time for cooking.

Online portals will be critical for businesses growing into rural regions. The internet has significantly aided in this effort by making it simpler and more cost-effective to expand a business's reach. By 2025, India's internet user base is expected to reach one billion. By 2020, it is estimated that 40% of all FMCG consumption in India will occur online. By 2020, online sales of FMCG are expected to reach US$ 45 billion, up from US$ 20 billion in 2017.

Q. How does FMCG distribution work?

Ans. Significant consumer goods producers such as Dabur, Bikano, and Jockey are the network's leaders. Businesses aim to market to both urban and rural customers. As a result, they distribute their goods in bulk to mega stockists or those that store commodities in large quantities to sell them to a large number of distributors. Businesses make the majority of their sales via distributors. The distributor now offers these things to several shops, which resell them to end customers directly. The term "Secondary Sales" refers to the former, while "Tertiary Sales" refers to the latter.

Q. What are 4 types of Distribution?

Q. What are profit margins in FMCG?

Ans. Many point to the FMCG sector's poor margins, which vary between 4% and 25%.

Ans. The phrase "distributor markup" refers to distributors who increase the selling price of their products to cover their expenditures and generate a profit. The distributor markup is normally 20% but may vary between 5% and 40% depending on the industry.

Q. Is the FMCG business profitable?

Ans. Generally, fast-moving consumer goods (FMCG) have poor profit margins. They are, nevertheless, often offered in large quantities. As a consequence, the cumulative profit margin on these things is rather substantial. FMCG includes a broad range of products.