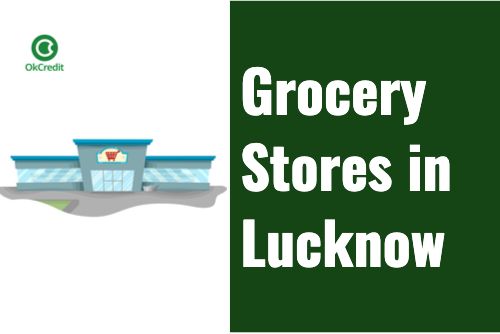 Grocery stores in Lucknow are some of the few that managed to avoid the recessive effects of the pandemic. The retail industry in India has evolved as one of the most dynamic and fast-paced sectors as a result of the entry of several new enterprises. It accounts for about 10% of the country's gross domestic product (GDP) and over 8% of employment. India is the fifth-largest shopping destination in the world.

India was ranked 73rd in UNCTAD's 2019 Business-to-Consumer (B2C) E-commerce Index. The country is the fifth largest retail destination in the world and ranks 63rd on the World Bank's Doing Business 2020 index.

The Retailers Association of India (RAI) reports that the retail sector accounted for 93 percent of pre-COVID sales in February 2021; consumer durables and quick service restaurants (QSR) both increased by 15% and 18%, respectively.

After a remarkable 19 percent decline in the January-March 2020 quarter, the FMCG industry showed signs of recovery in the July-September 2020 quarter, expanding by 1.6 percent year over year. The growth of the fast-moving consumer goods (FMCG) business also reflected the macroeconomic climate improving as a consequence of the economy's openness and the removal of restrictive measures. OkCredit is a financial accounting service that helps shop owners and small business owners to tackle their finances and manage their expenditures. It is a great solution to all your financial needs.

E-commerce has been a godsend during the pandemic, and according to a report by Bain & Company and Flipkart titled 'How India Shops Online 2021,' the e-commerce company is expected to reach US$ 120-140 billion by FY26, rising at a pace of about 25%-30% per year for the next five years. India is the third-largest market for e-commerce (only behind China, the US). By 2030, it is anticipated that new-generation logistics companies would move 2.5 billion Direct-to-Consumer (D2C) products. In the next decade, the popularity of online used automotive sales is expected to more than double. Despite the pandemic onslaught, Amazon, Flipkart, and numerous vertical firms sold almost US$ 9 billion worth of merchandise during the 2020 festival season.

Developments and Future plans for Retail

Grocery stores in Lucknow use online services to advertise their product offerings. E-commerce is exploding in popularity throughout the country. Customers benefit from an ever-expanding assortment of products at the lowest costs available. Perhaps the biggest development in the retail industry has been the rise of e-commerce, and this trend is expected to continue in the future years. Retailers may choose to adopt digital retail channels (E-commerce) in order to save money on real estate while growing their customer base in tier II and tier III cities.

Q. How many Grocery Stores are there in India?

Ans. In 2021, India had over 12.8 million retail food stores. This group featured both conventional and new stores. While the number of retailers has increased steadily since 2013, the increase has been mostly in conventional businesses.

Q. Which is the best supermarket in India?

Ans. Reliance Retail is India's largest supermarket chain in terms of both sales and footprint.

Q. What is considered a Kirana Store?

Ans. Kirana stores are tiny neighbourhood businesses in India that are also known as corner stores, convenience stores, or C-stores. These tiny enterprises offer a variety of food items and everyday essentials such as toiletries, hygiene products and snacks.

Q. What is the profit margin for a Kirana store?

Ans. Profit margins for an ordinary Kirana shop vary between 5% and 20%. While a small Kirana shop earns between 4% and 5%, larger grocery store brands earn more than 5%. It's also lucrative since launching a Kirana store is not prohibitively expensive.

Q. How will be the profit margins for Kirana Stores in the future?

Ans. Consumers are increasingly purchasing online, in supermarkets, and in bigger contemporary shops, and as a consequence, Kirana locations are losing customers. By 2021, the percentage of commerce controlled by Kirana shops was predicted to decline to 75% from 88 percent it was at previously.