Is GST Applicable on Petrol? 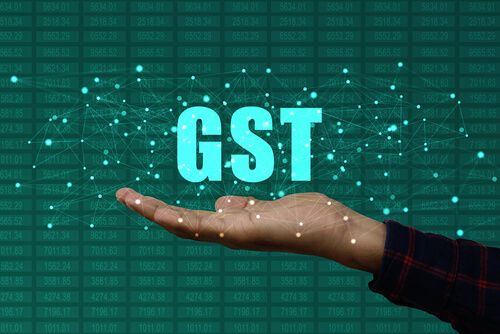 In any developing country, it is the vital commitment of the central and state governments to meet the increasing development needs of the country and its people through public expenditure. One of the major ways the government sources revenue to fulfil these needs is through tax, collected by public authorities. GST is one of these taxes.

Is GST applicable on petrol and petrol-related products?

However, petrol will soon have this tax levied on it from a notified date on the recommendation of the GST Council. Till such a date, central excise duty will continue to be levied on petrol. Interstate and intrastate sales will be subject to CST/VAT.

How much tax do we pay on refined crude oils?

The amount spent on petrol includes the base price as well as tax. The tragic part is that only one-third of the amount is the price, and the remaining two-thirds are taxes. The government buys one litre of crude oil for Rs 29.70. Later, they add freight and insurance and refine the crude oil into different petroleum products such as ATF, petrol, diesel, and LPG. Then, they add the dealers' commission at around Rs 33.90 per litre before adding the tax.

With this, we can conclude that nearly every Indian citizen pays an extra two-third from their pocket for petrol.

With the inevitably increasing demand worldwide, the prices of petrol have risen too. This has adversely affected the crude oil prices in India. Research says that crude oil prices have increased by 150%, and the Indian government didn't contribute to the deduction of tax price rate, till now.

Impact of GST on petrol

The government earns nearly 45% to 50% of tax revenue on petrol and diesel from the states. The central government collects approximately 25% of the fuel prices, while the state governments collect VAT.

The current prices of petrol stand different among states: in Chennai at Rs. 99.20, Rs. 87.24 in Andhra Pradesh and Rs. 107.50 in Mumbai. Due to many influential factors like exchange rate, global cues, demand, we see a huge difference between the petrol price in different states.

However, it is important to note that these percentages might not hold for all the areas and the fuel prices might not be the same all the time.

The impact of GST on petrol reduces the revenue margin of the central and state government in fuel prices. Another impact of GST on petrol is that it would make petroleum products cheap for all citizens. If petrol comes under the purview of the GST, the maximum rate that can be applied according to the GST law is 56% (CGST 28% and SGST 28%). In the current scenario, the excise duty and average VAT percentage of different states come nearly to Rs. 32.90 and at around 25%. This would cause a heavy cut in the revenue for the government.

3. Pros of GST on petrol

A positive impact of GST on petrol would be that it will bring a single tax rate across the country and eliminate the tax prices of excise duty and state VAT.

The tax price would be transparent to every citizen and create a consciousness of how much money is going out of pocket in the form of tax.

4. Opposition by some state governments

The biggest reason why petrol and diesel were not added under the regime of GST is that few states are not ready to lose lakhs of revenue from the tax on fuel prices. Bihar and Kerala have highly opposed the idea of petrol under GST.

Further, the report also said, “Bringing petrol and diesel under the ambit of Goods and Services Tax (GST) is an unfinished agenda and bringing the rates under the recent frame can assist.”

However, deputy chief minister of Bihar, Sushil Kumar Modi wrote that bringing petroleum products like petrol and diesel under the Goods and Services Tax (GST) bracket would not solve the core problems by lowering the prices of the fuel unless both the central and state governments are receptive to sacrifice half of their revenue by doing so.

And under all the taxes, the supply of petroleum is outside the Goods and Services Tax (GST) law.

The current different rates of GST are according to the government notification on the recommendation of the GST council. The present notified rates are 0%, 5%, 12%, 18%, and 28%.

The tax rates for various goods in related sectors are as follows:

There is, however, a problem. At present, if petrol comes under the law of GST, the most used rates of 12%, 18%, or 28% would be applicable. Consequently, the government would lose some lakhs of crores of revenue.

To make the same kind of revenue, the rates would have to be very high, perhaps even more than 100%. Currently, if the price of petrol in Delhi were to be considered, the total tax is 161% of the price charged to dealers.

We would not discuss this topic if the prices of petrol and diesel were to come down without high rates of tax. In any case, the impact of GST on petrol can be pictured only if the GST Council brings it under the GST law.

Q. What is the current central excise duty on petrol?

Ans. The government charges Rs. 32.90 as excise duty on petrol. The excise duty has been changed in the year 2020.

Q. Is GST applicable on petrol and diesel?

Ans. No, GST does not apply to petroleum products such as petrol and diesel to date.

Q. What is the revised highest GST tax rate?

Q. Which are the goods under the bracket of the 5% tax rate?