How Does the Beer Industry Work? 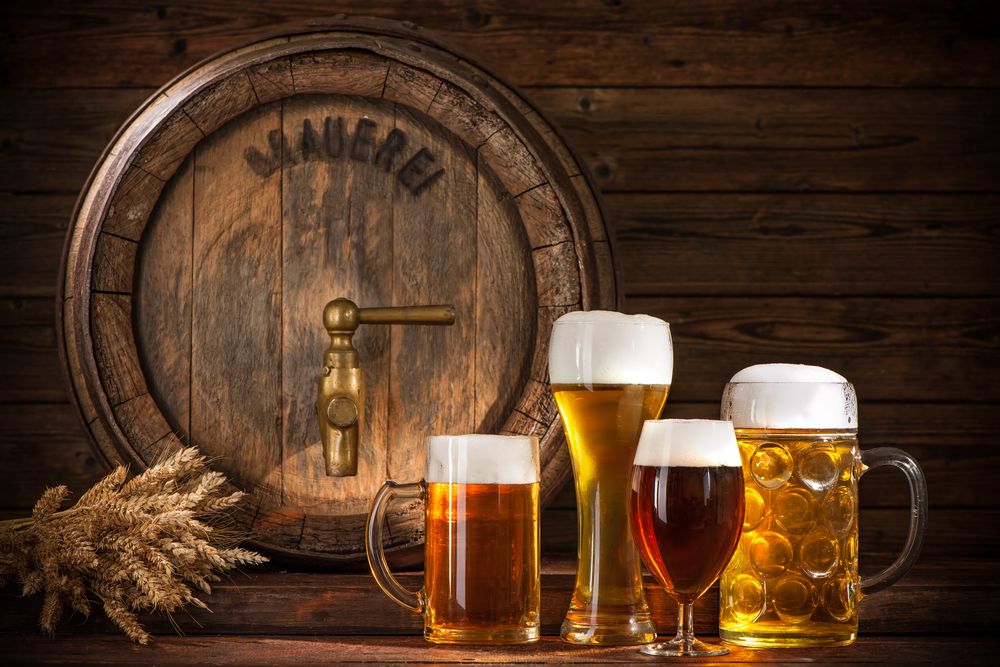 Learn everything about how India was introduced to the art of producing premium quality beer and how this market has evolved over the years with respect to its capacity to meet the constantly consumers preferences, the call for uniqueness of brew, and an ever rising demand.

The production of beer in India can be traced back to the Vedic times where mentions of the presence of a beer-like beverage known as ‘sura’ can be found. Over the years, India has become quite skilled in making a lot of different varieties of beer, be it traditional or modern. One of the oldest beer brands in India under the United Breweries is the ‘Kalyani Black Label’ which was launched in 1969.

The alcohol market of India is known to have a rapid rate of growth and it keeps moving upward with every year. Being the third-largest alcohol industry in the world, it is needless to say that it is responsible for bringing in high revenues in the country. Beer is the second most-consumed alcoholic beverage after whiskey in India and if words of analysts are to be believed, the Indian beer industry is here to stay and has a lot of growth opportunities.

How the European Beer came into India and India’s First Brewery?

India had its first tryst with European beer with the arrival of the British in the country. The British took special measures to keep the beverage from getting spoiled as there was a long distance to cover. They would add a high amount of alcohol in it along with the ingredient called hops. This is what paved the way for the creation of the Indian Pale Ale (IPA), which was a hoppy beer style. The Bow Brewery in London was where this type of beer was first processed in the year 1787.

Moving forward, in 1830, India witnessed the creation of its first brewery through Edward Abraham Dyer who had just arrived in the country. This brewery was located in the town of Kasauli but it later shifted its base to Solan which was near Shimla. ‘Lion’, one of the oldest beer brands, is a product of this brewery. By the end of 1882, India had a total of 12 breweries, along with one in Yangon (then Rangoon).

The Advent of Modern Beer

Post-Independence, in 1969, a new brewery was established in India called the Lilasons Breweries. It is located in the state of Madhya Pradesh and is renowned for its brand of beer called ‘Khajuraho’, which is a type of strong beer. What followed thereafter was a series of international beer brands going into partnerships and joint ventures with Indian makers of beer. For example, SABMiller India took ownership of Shaw Wallace’s beer assets for a whopping Rs. 600 crore in 2005. In the same year, Danish brewer Carlsberg ventured into the Indian terrain with its South Asian Breweries.

This is how the modern beer industry saw the light of day and started thriving. The beverage has now become so popular that, since 2011, an annual beer and music festival, called the ‘OktoberFest’, is held in Goa.

The Setting up of India’s First-Ever Microbrewery

A microbrewery is a place that produces freshly brewed beer and here the brewmaster has the liberty to incorporate a mix of ingredients to make beers that taste different.

It was a ground-breaking phenomenon for India when the country received its first microbrewery in Pune in 2009. Prateek Chaturvedi was so passionate about learning the ropes of microbrewery that he resigned from his well-paying job and became an intern at ‘Brewerkz’ in Singapore. It was an unpaid internship, but he was still willing to work because he wanted to be familiar with the business from the very onset.

It was a difficult experience for him but later, one of his former colleagues, Suketu Talekar, came back to Pune to study the liquor licensing policy of the state of Maharashtra. It was after that that both of them joined hands and collaborated on the creation of India’s first microbrewery - Doolally.

To make the construction of the brewhouse more cost-effective, materials that were used to build it were completely local which could be transported easily, hence saving a lot of surcharges. In the month of October 2009, Doolally was inaugurated and was open to welcome the public.

The Growth of the Indian Beer Industry

India is witnessing a steady growth in the middle-class population and, what accompanies increasing population, is the demand for consumption. The various age groups of the consumers is also a very big determinant in deciding the fate or the consumption of a product.

The beer industry in India has steadily expanded over the years and is expected to grow with a CAGR rate of 9.9% in the coming years. It has received the status of being the social drink as it is preferred over hard alcoholic beverages. With the growing number of the young population and rapid urbanisation, increase in access and changes in choices of the consumers, the beer industry has become unstoppable.

Beer in India is broadly classified into two heads, namely, Strong Beer and Mild Beer. If reports are to be believed, then the strong beer will witness a gradual fall in consumption over the years, thereby promoting the growth in the market of mild beer. Now, the purchase of beer has also become very convenient with the rise of the e-commerce sector.

The Increasing Trend of Craft Beer in the Indian Beer Market

It is a known fact that the choices and preferences of people change over a period of time owing to a lot of socio-economic and personal factors. From the very beginning, beer was known to have only one standard taste, but with the passage of time, it has evolved remarkably. Numerous innovative people who want to change the way people consume beer have come to the forefront to change the scenario completely. And this industry has given brith to many successful entrepreneurs.

These craft beers come with unique tastes and quirky packaging which tends to appeal to the young generation more. Bangalore’s first craft beer brand, called the Briggs Brewery was established in 2018 by Hari Singh. This brewery brings in materials required for the making of premium quality beer like yeast and hops from all over the world.

Another major craft beer brand in India is Bira. What began as a venture in 2015 by importing Belgian brews, has now completely transformed itself into an Indian product. In 2016, its first production plant was established in Indore. Later, their locations spread across Mysore, Kovur, and Nagpur.

There are a lot of other craft breweries such as Simba, White Owl, Kati Patang, and so on. This initiative around the country has provided people with a completely different taste of beer and now, the market demand for craft beer has taken a positive turn and is expected to continue doing great business in the future. And this industry is easily one of the most profitable industries in the sector of  manufacturing.

Some Major Beer Brands in India

The beer industry of India has only seen a rapid rise over the years and, with a steady hold over the market, the industry can hopefully achieve a lot more in the future. Since the alcohol market, especially beer, is one highly profitable market known for bringing in great revenues, it will definitely motivate more people to venture into this market, thereby giving rise to the number of local breweries.

A. This actually depends on the various beer brands and the type of beer. Mild beers may have 2-4% of alcohol in them while strong beers could contain up to 8% of alcohol.

Q. What is beer made of?

A. Beer is mostly made of grains such as malted barley, along with yeast, hops, and water. It is made through a process of fermentation of these ingredients.

Q. What is the difference between regular beer and craft beer?

A. Unlike regular beer, craft beer is a relatively recent invention which mostly caters to the people who love experimenting with their tastes. It is produced in smaller batches and uses a variety of unique ingredients to achieve its flavour.

« Previous Post How does the cigarette industry work? Next Post » How Does the Packaged Food Industry Work?
MiscellaneousEnglish