How does the cigarette industry work? 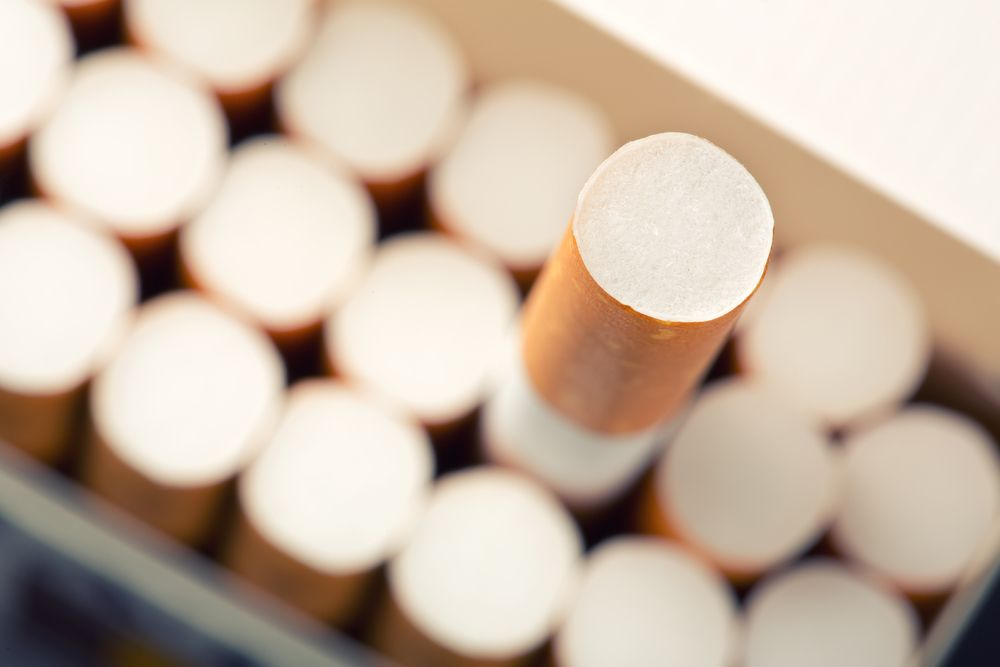 Tobacco is a very significant commercial crop and one of the most flourishing industries across the globe. In 2012, India emerged as the second-largest producer of tobacco and continues to hold fort since then. That year, there was a 45% increase in exports of raw tobacco and its products. Exports had increased by 30000 tones and 628 crores worth of tobacco was exported says a study published in The Economic Times in 2012.

Produced mostly in the states of Andhra Pradesh and Karnataka, tobacco, despite its hazardous nature, continues to thrive because of its economic importance.

The tobacco industries raise a huge amount of tax revenues of up to 43 crores, employ and provide livelihoods to about 46 million people, and have an annual production of 800 million kilograms of crop. As the evolved policies of the Tobacco Board of India provides provisions for continuous growth, the tobacco market has raised up to INR 60.7 billion in FY 2018.

The tobacco that is harvested is mainly divided into three segments of “bidis”, each of which is hand-rolled, unfiltered, and rolled in tendu or temburi leaves bound together by string. From the same harvest also comes chewing tobacco and cigarette tobacco. Legal cigarettes, in spite of contributing to just about 9% of the total market of tobacco, produce about 80% of the revenue.

The Evolution of the Cigarette Industry

Juan Nepomuceno Adorno of Mexico invented the first cigarette making machine in 1847. However, the production and marketing of cigarettes went through the roof when James Albert Bonsack invented another cigarette production machine in 1880 that could produce 40000 to around 4 million cigarettes daily. The basic components needed to make cigarettes, besides tobacco itself, were chemical adhesive, paper wrapping, and a filter.

Tobacco was introduced in India in the latter half of the 17th century although smoking itself had been prevalent since 2000 BC. India is home to up to 12% of the world's smokers, of which, according to WHO, there are about 120 million people. In the year 2008, a tax was levied on cigarettes owing to India's attempt to reduce the harm caused by smoking and to increase the revenue as well. WHO recommended that cigarettes be taxed at three-quarters of its sale price. Cigarette taxes in India are amongst the highest in the world and includes 64% excise duty, 28% GST, and 5% cess.

India, as the second-largest producer of tobacco, has kept its cigarette industries and its developments in line with international and national demands. Global demands are mostly restricted to cigarette type tobacco. But India is capable of producing premium Burley and flavourful tobacco.  Although Cigarettes are the least indulged in tobacco products, 82.5 billion cigarettes were sold in 2018 according to the India Global Adult Tobacco Survey (GATS) held in 2016-17.  Only 14% of the total tobacco sold is in the form of cigarettes, which makes up a rather small portion of the total tobacco produced every year.

The high government revenue provided by cigarette industries, farm incomes, and effects on the rural economy makes up an important pillar of the industry.  However, the multiple challenges faced by the industry, including the high tax rates mentioned before,  has encouraged illegal trade of its products. About 1/4th of cigarette trade in India is illegal and causes a loss of about 13 crores to the industry.  Some countries have, thus, turned the sector into a state monopoly. In spite of the immense growth potential of the cigarette industries, there has been a decade-long slump due to the sensitivity to taxation that cigarette industries continue to retain.

India, like many other countries, under The Cable Television Networks (Amendment) Act 2000, banned cigarette advertising, sponsorship, and promotion. Restricted advertisement and tight marketing regulations had given rise to manipulated advertisements for the packages. Hence, numerous countries like the USA, India, Pakistan, Singapore, and many others enforced graphic warnings and cautionary alert on packaging. It was mandatory for three-quarters of the packet to depict warnings. In India, Under the Prevention of Food Adulteration Act (PFA) (Amendment) 1990, the statutory warning, “Smoking is Injurious to Health” was made compulsory. By 2010, 39 countries had adopted these legislations.

The leading tobacco and cigarettes industry in India

In 2017, Indian Tobacco Company Limited had the 8th largest cigarette market globally and the largest in India. ITC cigarettes are manufactured in factories located in Pune, Kolkata, Saharanpur, Bengaluru and Munger. It has an excellent distribution network and supply chain to provide multiple brands across the country. ITC cigarettes are supplied to a wide range of brands like Navy Cut, Flake, Gold Flake, Silk Cut, Classic, Bristol, Insignis, Indian Kings, American Players, Scissors, Players, Capstan, Berkeley, Duke and Royal. Although ITC also deals in other products, cigarettes still remain their trump card. In 2016, ITC’s income from cigarettes represented 42% of the net revenue and 82% gross revenue.

Government Policies that affected the cigarette and tobacco industries in India

With more than 275 million adults consuming tobacco products, it is a huge public health challenge for India. There is no denying that the cigarette industries thrive at the cost of the health of millions of people, the environment, and aquatic life as well. In 2004, India ratified the WHO’s Framework Convention on Tobacco Control.

India has played an active role in the global control of tobacco consumption. The Cigarette Act that regulated the production, distribution, and supply of cigarettes was enacted in 1975. Some states restricted smoking in public places and all other healthcare centers, suburban trains, educational institutions, air-conditioned buses, domestic flights, air-conditioned coaches in trains, through a Memorandum issued by the Cabinet Secretariat in 1990.

The Drugs and Cosmetics Act banned the use of all tobacco dental products in 1992. In 1995 the Ministry of Health was recommended to create legislation against second-hand smoking by the 22nd Committee on Subordinate Legislation.

Several litigations have been filed for individual’s right to breathe smoke-free air. In 2008, smoking in public workplaces was made illegal.

The National Tobacco Control Program was brought about in the years 2007-2008.

The main components of NTCP  on a National level are:

The main components of NTCP  on a State level are:

The main components of NTCP  on a District level are:

Besides this, many other initiatives like the WHO Tobacco Free initiative in India have been taken to control the abuse of tobacco.

However, the reach of tobacco industries spreads across local farms to international markets.  Cigarette industries contribute to a huge amount of total revenue and provide employment. According to the latest study of the economic aspect of tobacco conducted by TARI on behalf of Assocham, these industries employ about 4 million leaf pluckers, 6 million farmers, 7.2 million workers, 20 million farm labourers, 8.5 million workers in processing, exports and manufacturing and for retailing and trading. Products of the Tobacco industries are always in demand.

A. Contrary to popular belief, the production and consumption of cigarettes has increased in the last decade and the industries reap good profits. Despite its adverse effect, smoking is not going away. The industries are still winning lawsuits. 6 trillion cigarettes are smoked every year globally.

Q. Will imposing taxes stop the production of tobacco products?

A. Taxes will neither reduce legal consumption nor will cigarette industries lag in contribution to revenue. However, increased tax is effective in controlling and reducing the use of tobacco products by the youth. More tax benefits public health while raising government revenue. The reduction in sales is less than proportionate to a tax increase in some countries.

Q. How to control illicit trading of tobacco products?

A. There is very limited transparency and public record on illicit training of tobacco and such data is unreliable. Parties studying illicit trading should look into the proportion of tobacco products sold and consumed. This exposes the rate of illicit trade. Purchasing behaviour and demand should be studied to estimate how much worth of tobacco products was sold in comparison to the revenue generated by the industries.