How has GST Impacted Imports and Exports? 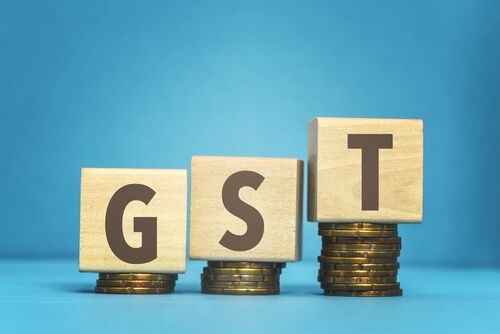 The implementation of GST brought a significant impact on global trade. The enforcement of this new regime in 2017 modified the existing taxation structure. It subsumed multiple state laws and federal levies that earlier governed international trade in India. It thus laid the foundation for greater transparency and reduced cost and processing time.

GST helps eliminate the cascading effect of taxes and allows for them to be paid just on the value addition. It helps not only in bringing down the cost of inputs but also the taxes paid.

How are imports treated under GST?

GST classifies imports of goods or services as inter-state supplies. Furthermore, the governing provision for levy of tax on import of goods is the Custom Tariff Act, 1975. For the import of services, the Integrated Goods and Services Tax Act, 2017 is applicable.

The import of goods/services – being an inter-state supply – will attract Integrated Goods and Services Tax (IGST) along with Basic Custom Duty (BCD).

If any manufacturer/service provider/trader imports any goods/services to further export, they will be allowed to set off the IGST paid on imports against its output liability. However, they will not be able to claim set-off for BCD paid during imports.

Further, IGST will be levied in the state where the imported goods are finally consumed since GST is a destination-based tax.

How are exports treated under GST?

GST deems exports as inter-state supplies as well. It further classifies them as zero-rated supplies. In simpler terms, zero-rated supplies mean that no tax is charged on them. The output will be exempt from the payment of tax. An exporter can also claim credit for taxes paid on the inputs.

Exporters can further export goods without paying IGST under a bond or letter of undertaking or pay the IGST on such a supply and claim a refund later.

To claim the refund of IGST paid on exports, an exporter must fill in the necessary details: details of the transaction, shipping bills, and invoices in form GSTR-1 of the relevant month, etc.

Impact of GST on import and export business

With the implementation of GST, India’s trade cost has dropped and will continue to do so. Furthermore, GST also addressed double taxation, an issue existing in the Indian taxation system for decades. It has significantly reduced the cost of the final product and has further enhanced the competitiveness of locally manufactured products worldwide.

GST made greater transparency, lesser turnaround time, and lower transit cost possible. With its advent, producers who were earlier reluctant to export have also begun to export their products.

During the initial years of implementation of GST, delay in refunds was a major problem that discouraged exports. Thus, the government came up with a policy of reimbursing 90% of the refunds within a week to make room for greater efficiency.

The advent of GST has put immense pressure on the working capital requirements of exporters. Now, they must pay GST on inputs upfront and claim refunds later after filing the tax returns. This is unlike earlier when they could claim tax exemptions on their inputs.

The pressure of compliance with procedures has increased. The government has encouraged a transition to an online IT platform. However, adjusting to this IT ecosystem has posed another challenge for people having little experience with IT solutions.

Though the government has enforced a policy of processing 90% of GST refunds within seven days, examining refund applications takes more time. Some other issues continue to exist, such as delay in providing Letter of Undertaking/Bond to exporters for exporting goods without paying tax.

The GST system has minimised the complexities existing in the taxation system to a great extent by offering a shared base and rate across the entire country. However, the compliance burden has increased due to onerous disclosure requirements and filing procedures. But all in all, the overall impact of the implementation of GST has been quite positive.

Q. Is registration in GST mandatory for the import or export of supplies?

Ans. Yes, registering in GST and obtaining a unique GSTIN (Goods and Services Tax Identification Number) is mandatory for the import or export of supplies.

Q. What duties will be applicable for the import of goods?

Q. Who is liable to pay GST in case of import of services?

Ans. A service receiver will be liable to pay tax in case of import of services under the reverse charge mechanism (RCM).

Q. What is the time limit of filing an application for a refund in case of zero-rated supplies?

Ans. A refund application must be filed within 2 years from the end of the financial year in which such claim for refund arises.

Q. What is the process of claiming a refund for exporters?

Ans. Section 54 of the CGST Act, 2017 specifies the provisions regarding refunds for exporters. The refund application must be supported with documentary evidence to establish that the refund is indeed due from the department.

Q. Has the GST regime simplified the procedures regarding exports?

Ans. Yes. The procedures relating to export have been simplified to a great extent. A lot of paperwork and unnecessary intervention of the department have been dispensed with.

The notable features of the export scheme under GST are as below:

1. The law provides for exporting goods either under a Letter of Undertaking/Bond or on payment of IGST which can be claimed as a refund by the exporter later.

2. In the case of goods, an exporter is required to file just the shipping bill with Customs. Thus, filing forms ARE 1/ARE 2 are no longer required.

3. Exports can now be done on a self-certification basis without requiring any departmental officer’s intervention.

« Previous Post All You Need to Know About Electronic Checks Next Post » What is the Impact of GST on the Indian Economy?
GSTEnglish