Top 50 Quotes to Live by For Business Owners 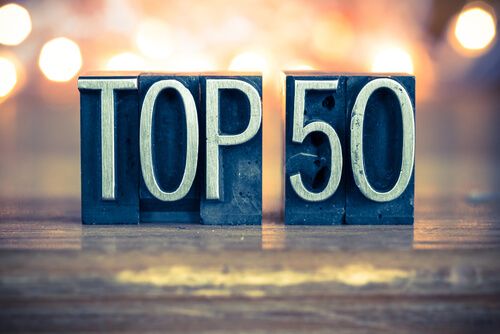 Positivity quotes have long been used to boost confidence in oneself. These quotes help people to start their day with the right note. Quotes like "You do not find a happy life, you make it" may reinforce your positive attitude but these are not going to inspire your business.

Almost everyone is associated with some sort of venture in one way or the other.  While most of them just want a paycheck, few people work to get a different feeling or express their ideas. These people are the business owners and entrepreneurs who start a business to work towards their goals, to contribute something to society. They may sometimes feel burdened with the responsibility of an entire organisation; hence they may need extra motivation to carry on.

For all the entrepreneurs and business owners, here are 100 motivational business quotes that you may use to kick-start your day on a positive note. These small bits of wisdom may inject you with the motivation and encouragement that you may crave for

2. “Every time we launch a feature, people yell at us.” — Angelo Sotira, co-founder of deviantART

3. "If you can’t feed a team with two pizzas, it’s too large.” — Jeff Bezos, Founder and CEO of Amazon

4. “If your actions inspire others to dream more, learn more, do more and become more, you are a leader.” — John Quincy Adams, 6th President of the United States.

5. “If people like you, they’ll listen to you, but if they trust you, they’ll do business with you.” — Zig Ziglar, author, salesman, and motivational speaker

6. The value of an idea lies in the using of it.” — Thomas Edison, co-founder of General Electric

7. “Make every detail perfect and limit the number of details to perfect.” — Jack Dorsey, co-founder of Twitter

9. Your most unhappy customers are your greatest source of learning.” — Bill Gates, co-founder of Microsoft

10. “Make the most of yourself by fanning the tiny, inner sparks of possibility into flames of achievement.” — Golda Meir, fourth Prime Minister of Israel

11. The fastest way to change yourself is to hang out with people who are already the way you want to be.” — Reid Hoffman, LinkedIn co-founder

13. “Design is not just what it looks like and feels like. Design is how it works.” — Steve Jobs, co-founder, Chairman, and CEO of Apple Inc.

15. “Always think outside the box and embrace opportunities that appear, wherever they might be.” — Lakshmi Mittal, Chairman & CEO of ArcelorMittal

16. “Get five or six of your smartest friends in a room and ask them to rate your idea.” — Mark Pincus, CEO of Zynga

17. “Don’t worry about people stealing your design work. Worry about the day they stop.” — Jeffrey Zeldman, entrepreneur and web designer

18. “I knew that if I failed, I wouldn’t regret that, but I knew the one thing I might regret is not trying.” -Jeff Bezos, founder and CEO Amazon

19. “An entrepreneur is someone who has a vision for something and a want to create.” — David Karp, founder, and CEO of Tumblr

20. “Anything that is measured and watched, improves.” — Bob Parsons, founder of GoDaddy

21. Timing, perseverance, and ten years of trying will eventually make you look like an overnight success.” — Biz Stone, co-founder of Twitter

22. “It’s more effective to do something valuable than to hope a logo or name will say it for you.” — Jason Cohen, founder of Smartbear Software

23. “I never dreamed about success, I worked for it.” — Estee Lauder, founder of Estee Lauder Cosmetics

24. "See things in the present, even if they are in the future.” — Larry Ellison, co-founder of Oracle

26. “Ideas are commodity. Execution of them is not.” — Michael Dell, chairman, and CEO of Dell

27. “Whether you think you can, or think you can’t – you’re right.” — Henry Ford, founder of the Ford Motor Company

28. “All humans are entrepreneurs not because they should start companies but because the will to create is encoded in human DNA.” — Reid Hoffman, co-founder of LinkedIn

30. "Step out of the history that is holding you back. Step into the new story you are willing to create." — Oprah Winfrey, media proprietor

31. “Every time you state what you want or believe, you’re the first to hear it. It’s a message to both you and others about what you think is possible. Don’t put a ceiling on yourself.”

32. “You jump off a cliff and you assemble an airplane on the way down.” —Reid Hoffman, LinkedIn co-founder

33. "No matter how brilliant your mind or strategy, if you’re playing a solo game, you’ll always lose out to a team.” — Reid Hoffman, LinkedIn co-founder

34. “Diligence is the mother of good luck.” — Benjamin Franklin, a Founding Father of the United States

37. “I never dreamed about success, I worked for it.” — Estee Lauder, founder of Estee Lauder Cosmetics

38. “The secret of change is to focus all your energy not on fighting the old but on building the new.” — Socrates, father of Western philosophy

39. “What do you need to start a business? Three simple things: know your product better than anyone, know your customer, and have a burning desire to succeed.” — Dave Thomas, Founder of Wendy’s

40. “The value of an idea lies in the using of it.” — Thomas Edison, co-founder of General Electric

41. “The most dangerous poison is the feeling of achievement. The antidote is to every evening think what can be done better tomorrow.” — Ingvar Kamprad, founder of IKEA

43. “Every day that we spent not improving our products was a wasted day.” — Joel Spolsky, co-founder of Stack Overflow

44. “You don’t learn to walk by following rules. You learn by doing and falling over.”– Richard Branson, founder Virgin Group

45. “I don’t look to jump over 7-foot bars — I look for 1-foot bars that I can step over.”– Warren Buffett, chairman and CEO Berkshire Hathaway

46. “Fearlessness is like a muscle. I know from my own life that the more I exercise it the more natural it becomes to not let my fears run me.”– Arianna Huffington, president and editor in chief The Huffington Post Media Group

48. “The way to get started is to quit talking and begin doing.”– Walt Disney, founder Disney

49. “High expectations are the key to everything.”– Sam Walton, founder Walmart

50. “You shouldn’t focus on why you can’t do something, which is what most people do. You should focus on why perhaps you can, and be one of the exceptions.”– Steve Case, co-founder AOL.

So these were some empowering quotes that will give a dose of motivation to entrepreneurs and business owners to keep moving forward.

1) Sustainability in Business –Importance, Benefits, and Challenges
2) 10 Easy Tips to Make Your Sales Profitable 2X Faster!
3) 10 Major Mistakes Every Entrepreneur Should Avoid
4) What is CRM? Does it Help Small Businesses?