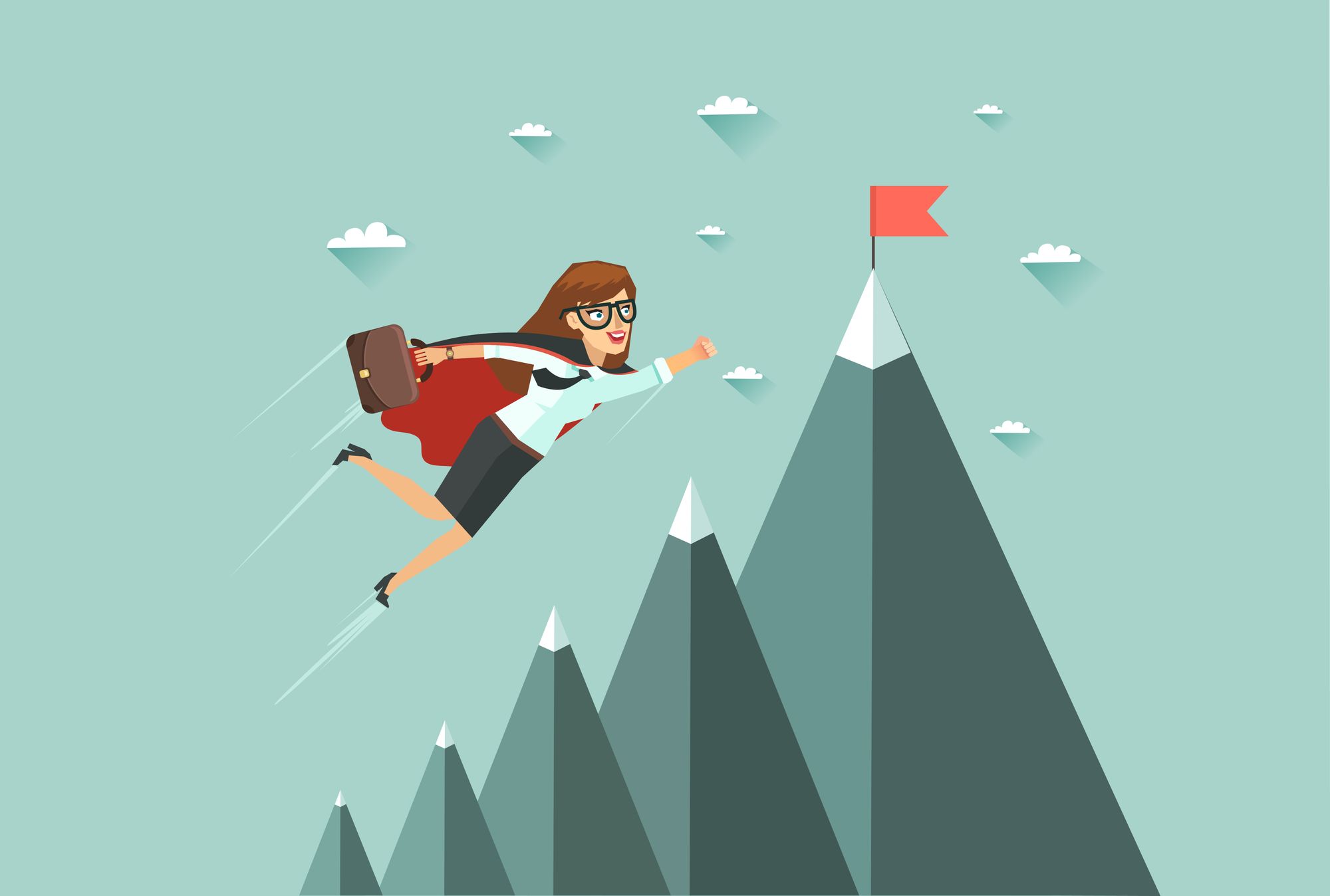 Gone are the days when men of the house used to head out to earn a living, and women were limited only to the kitchen. Even though the term 'men's-world' is used frequently, it can be considered to be a misnomer, with modern times as well as history, being a testimony to it. Women are an integral part of the society. And now, they have excelled in almost all the fields in which they have ventured.

It ranges from education to politics, from sports to corporate sectors, and even businesses. Some businesswomen have redefined the meaning of entrepreneurship and carved out a name for themselves in history books, becoming a source of inspiration for many. Here is a list of the top 10 entrepreneurs who have gone beyond all limits of what a woman can and cannot do.

If you are looking for an example that has a roller coaster ride  of a history in the financial aspect, then one of Gina Rinehart’s stands out. Having 14.5 billion dollars as net worth makes her one of the richest business people in Australia. She runs a real estate company which was initially founded by her father, Lang Hancock.

It was not doing well then, and was heading towards bankruptcy when Gina Hope Hancock took the reign in her hands and single-handedly brought the company to where it is today. As per the Forbes list of 2019, she was at the 36th position among the most powerful women in that year.

Luxar Precession is an electronic manufacturing company based in China, and its most notable customer is Apple. They make specialised electronic collectors for the company which has been its major shot to fame. In her initial days, she was under a Taiwanese billionaire, Terry Gou, and had good guidance under him.

She inherited the job eventually and built Luxshare Precision along with her brother, Wang Leisheng. She has a net worth of 6.5 billion dollars, and is considered to be a pioneer businesswoman in the world.

Sheryl Kara Sandberg made a huge name for herself as a Chief Operating Officer of Facebook initially, and later gained impetus as the founding member of Leanin.org. When she was a part of the board of directors of Facebook, the company was still in its initial stages.

Under her able guidance, the count of Facebook users increased to 11% of the total population of the world. She holds the 29th rank in the list of most powerful women and has a net worth of more than 1 billion dollars.

Laptops and the company HTC are almost synonymous. Cher Wang is the co-founder as well as the chairperson of the company. Based in Taiwan, she is one of the most influential businesswomen in Asia as well as the world. Her contributions towards the chipset VIA has cemented her position in the tech world. She did her schooling and went to college in the US; she holds a degree in economics from the prestigious University of California.

She was awarded the most influential and powerful woman in the world for two years in 2012 and 2014. She has been on the Forbes list of billionaires almost every year. Her net value stands at 1.1 billion dollars, and she deserves every bit of it. Her philanthropic activities have also been instrumental in gaining her a lot of fame globally.

You might be a little surprised to know that one of the leading entertainment platforms on the internet,Youtube, is headed by this woman. She has been the CEO of this company since 2014, and has been responsible for almost 1.5 billion users.

An alumnus of Harvard University, Susan Wojcicki is a Polish American citizen and was given the accolade of being the 12th rank in the most powerful women in the world category. She has played a huge role in taking the net worth of Youtube to 90 billion. Before working in it, she was employed by Intel, and her phenomenal work started from there itself.

Bet365 is one of the most popular legal betting platforms in the world, and the entrepreneur behind its huge success is a female businesswoman named Denise Coates. She is the co-CEO of an online betting company of British origin. She was initiated into this business at a young age when she had her betting shop which she sold off to Coral.

As she realised the potential of online betting, she took the domain of Bet365 to this platform, and from then on, there has been no looking back. Bet365 makes bets worth approximately  65 billion dollars per year, and she owns almost half of the company along with the revenues generated. Her net worth has been estimated to be approximately 7 billion dollars.

If you think about the best and the most legendary talk shows hosted on television, then the first name that comes to mind is the one by Oprah Winfrey. She has been doing television for a quarter of a decade, raking in 2 billion from the show. She is also the owner of a cable channel called OWN where she sold 25.2% of the total stakes, bringing in a huge profit.

Her work did not stop here, as she went into collaboration with a company as big as Apple. She signed a deal worth millions with the streaming service of the company and made regular contributions in the form of contents like documentaries and tv shows. She is the epitome of how one can climb up the ladder of success by sheer hard work and humbleness. Her net worth of 2.7 billion dollars also speaks volumes about it.

Being the owner of a successful clothing brand is bound to bring in a lot of success, and  Sara Blakely is a living example of it. She is the founder as well as the owner of a company called Spanx, which specialises in making leggings, men's underwear, and maternity wear. Its popularity can be judged by the fact that Spanx has an outlet in 65 countries all around the world. She pursued her Bachelor's degree from Florida University and has progressed in leaps and bounds since then.

She made such a fortune from her apparel business endeavour that, in 2015, she also became the owner of a basketball team called Atlanta Hawks along with Toney Ressler. Owning a sports team of this stature demands a lot of financial security, and Sara Blakely has proven to be more than capable of doing so. She has a net worth of 1 billion dollars and comes at the 23rd rank in the Self-made women list in America.

She is a queen of many trades and is involved in several niches which contributed significantly to her success. Although she is the VC of an oil-based company called Famfa oil, she has also made her contributions to the fashion industry, real estate, as well as the plotting industry.

She hails from Nigeria and has climbed up the stairs of success in a determined manner. Even though she started with a fashion label in 1993, the government of Nigeria gave her the oil license which helped her amass a massive amount of wealth. Educated in London, her net worth is more than 1 billion dollars which makes her one of the most powerful Muslim woman entrepreneurs in the world.

The former CEO of a company as big as Pepsi, Indra Nooyi, was given the title of being the 11th most influential woman in the year 2017. According to the statistics provided by Wikipedia, she played an essential role over the past ten years to shape the strategies for developing the company and making it stand where it is now.

She is of Indian American origin and has gained her education from Madras University and Yale School of Management. Even today, Indra Nooyi is considered to be one of the best businesswomen in this particular industry.

The list above includes the top 10 influential and powerful businesswomen in the world. They are the perfect examples of what women can achieve when they step out of the house and the epitome of the requirement of gender equality for the progress of the human race.

« Previous Post Top 10 Businessmen in the Industry & What You Can Learn From Them Next Post » Should You Hire a Financial Advisor if You Run a Business?
MiscellaneousCareer TipsEnglish