Top Businesses in Maharashtra that are Known Across the Country 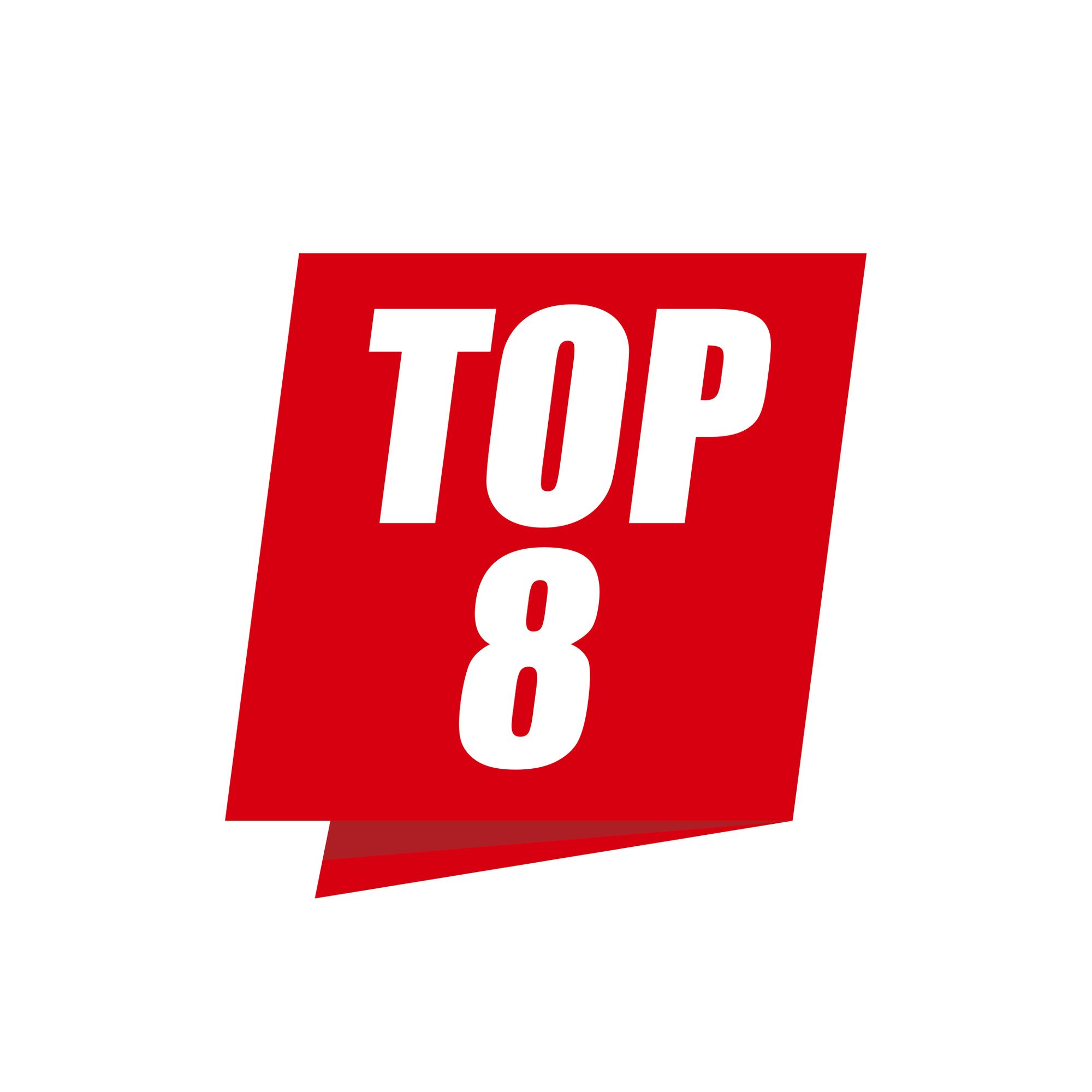 Maharashtra is a top contributing state to the country’s GDP. It’s our west coast Californian life with an Indian twist. Maharashtra has been a fertile breeding ground for companies that have brought a lasting transformation. Both in terms of impact and thought leadership.

There are many ways to measure the impact of a company. Our capitalised economy insists we focus more on the annual profitability than what a good business should truly be an indicator of; a problem solver for its customer base. In this article, we are focusing on top businesses that have originated from Maharashtra and listing them based on their nationwide popularity.

Almost all of these businesses have started as small ventures. Most of them could be traced back to the pre-independence era. However, today they are household names. Like Cipla, which began its journey in a rented house, today we have either used or seen someone use the product from this pharmaceutical giant.

Let’s go through our Maharashtrian list of top businesses.

The parent brand of the first yellow-coloured Vicco turmeric ayurvedic face cream, Vicco Laboratories, was established in 1952 by Mr Keshav Pendharkar. With their feet on the ground, the company began with an original ayurvedic product, a toothpaste with 20 rare medicinal herbs.

Back in its founding years, pushing for ayurvedic products was a huge deal considering all the other brands were succumbing to foreign technology. And arguably, Vicco Laboratories has been one of the major forces that promoted Ayurveda not just in India but also abroad. Today, Vicco group is internationally known for its acclaimed ayurvedic products based on the ancient Indian system of natural medicine.

The multinational conglomerate Larsen & Toubro, aka L&T, deals in technology, engineering, manufacturing, and financial services. Started with a table and a chair in a small room with a joint partnership with Mr Desai from Bombay, L&T was founded by two migrant Danish engineers in Mumbai in 1938.

The brand is primarily known for its construction wing. The manufacturing facilities are spread in over 30 countries. It is often counted among the top 10 construction companies in the world.

It’s hard to put what L&T does in a single sentence. Partially because, at the time of writing this article, it has over a hundred subsidiaries, about 2 dozen joint-venture and at least 35 joint operations companies.

Currently, the L&T’s operations are broadly divided into five categories; construction, EPC (Engineering, Procurement, and Construction), Manufacturing, Services, and Others which includes infrastructure projects and corporate functions. With over 80 years, L&T maintains a leadership title in almost all its major lines of business. Headquartered in Mumbai, the company is the largest and the most respected name in India’s private sector.

The largest paint corporation in India, Asian Paints, is an Indian multinational company that was founded in Mumbai in 1945 by four Jain friends. Today, It has a total of 26 manufacturing facilities across 15 countries and distributes its products in over 60 countries. The company has active operations in the Middle East and South Asia. The famous tagline of its marketing campaign, “har ghar kuch kehta hai” (every home tells a story), is as popular as its products.

It manufactures, sells, and distributes paints and paints-related products. In recent years, the company has introduced home improvement and décor segments, including kitchen and bath products. There is also an exclusive segment for furnishing in its portfolio. Following COVID-19 demands, the company has included a new segment to offer a range of surface disinfectants and sanitisers.

Wipro, which often is confused as a south Indian company, was a venture started by Mohamed Hashem Premji in 1945 with his first office in Amalner, Maharashtra. It was initially set up as a vegetable and refined oil manufacturing facility under various trade names like Sunflower.

Today, Wipro Limited is a multinational corporation that deals in information technology and business process services.

Its official website declares that it has operations running in all the habitable six continents. Apart from being the top revenue-generating brand, it has about 190,000 employees across all the branches. In 2017, the brand relaunched itself with a new brand identity, reorienting towards the evolving client expectations of modern times. Its annual profit after tax is 30,000 crores.

Back in 1935, Cipla originated out of a rented bungalow in Bombay Central. Cipla originally stood for The Chemical Industrial and Pharmaceutical Laboratories. However, in 1984 the name was changed to Cipla Limited. In the beginning, the company primarily produced generic AIDS medication for developing countries. They offered the HIV medicines at a fractional cost compared to the other markets.

Today, it has grown into a multinational pharmaceutical company that develops medicine for various medical conditions. Its annual profit is about 2500 crores, which currently makes it one of the largest pharmaceutical brands in India.

Founded in 2002 by Mr Radhakishan Damani, DMart is a one-stop supermarket chain that offers a range of personal products and basic home items under one roof. Grown out of a small store in Powai, Mumbai, today it has a well-established retail presence in 234 locations across the country. The brand is known to provide the most affordable prices in the region of its operations and has further plans for expansion.

The brand has an annual profit of about 300 crores on average. Currently headquartered in Mumbai, it is operated and owned by Avenue Supermarket Ltd (ASL). It has equally profitable sister brands, all owned by ASL, like DHomes and DMart Premia.

This list is incomplete without Bajaj Auto, a two and three-wheeler manufacturing brand based in Pune. An automotive leader and household name, which is a subsidiary of Bajaj Group, was founded in 1945. Bajaj Auto holds the world title of being the biggest three-wheeler manufacturer. And the third-largest manufacturing brand of motorcycles in the world. This top business in Pune, with its annual profit of 4,554 crores, is one of the largest companies in public trade by market value.

Over the years, the brand has found a global market. Bajaj auto exports its bikes to over 70+ countries. With successful sub-brands like Pulsar, it has revolutionised the two-wheeler market in India. Apart from that, it has dominated the auto-rickshaw market since the beginning. It also acquired a stake in KTM and since then became a brand that’s democratising motorcycle racing in India.

We can’t wrap up this list without a national bank that started from Maharashtra. The third-largest in the Indian private sector by market capitalisation, Kotak Mahindra Bank Limited is one of the most trusted financial institutions in the country. Founded by Uday Kotak in 2003, the bank offers financial services and products to corporate and retail customers. Over the years, the bank has diversified its area of function from personal finance to wealth management.

It has over 1600 branches across the nation. In 2015, it acquired ING Vysya Bank, which to date is its biggest acquisition. This financial service conglomerate has about 40,000 employees. As per the current stats, its annual profit is about 3,700 crores, which puts it under the top 500 banks in the world by brand valuation.

All the mentioned brands in the list first established themselves in Maharashtra before expanding worldwide. Since the outbreak of the pandemic, many businesses have changed their operations and business models to adapt to the new world. The pandemic has also impacted their profits and workforce. While COVID-19 has been overall bad news for the economy, it had a significant role in the rise of eCommerce sites and digital platforms. That could mean more new businesses from a market as fertile as Maharashtra. In that sense, we are excited about the future of businesses.

Q. What are the best businesses to start in Maharashtra in 2021?

Ans. The business world is currently driven by technology, and so is Maharashtra. If you could mix an old successful idea like textile and timber and mix it with the current technology, it should lead you to a profitable business idea.

Q. What are some of the low investment businesses in Maharashtra?

Ans. In recent years, some industries have exponentially grown out of nothing. Here are some examples; e-waste recycling, recruitment firms, acting schools, electronic repair shops.

Q. How is the tourism sector in Maharashtra?

Ans. For many years, Maharashtra has been among the top 5 most visited states, both domestically and internationally. It’s home to some of the most magnificent religious places, historical monuments, and hill stations. With such a massive influx of tourists, the tourism sector in Maharashtra is booming.