Top Businesses in Rajasthan that are known across the country 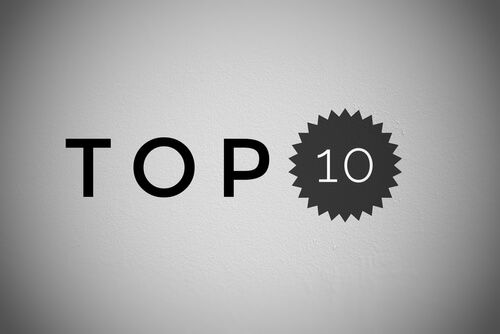 Rajasthan is a land of many opportunities and possibilities that has been home to many industries and startups. It is the largest state in India, with a huge potential for many industries that have originated from here. It is one of the top destinations for investment in India after Maharashtra and Gujarat.

With a geographical area of 3.42 lakh sq. Km. Rajasthan has a diversified economy of agriculture, mining, textiles, and tourism as its supporting engines. Rajasthan has seen various industries launched and flourishing mainly because of its supportive law and order system, excellent infrastructure, less population density, and mainly peaceful environment.

In this article, we look at the best business in Rajasthan that has now become a huge brand across the nation.

Rajasthan is a treasure trove for mining minerals that have huge industrial applications. As an initiative of the government, Hindustan Zinc Limited was formed as a Central Public sector Undertaking for integrated mining of zinc-lead and silver, and cadmium. HZL is the world’s second-largest producer of zinc and the largest integrated producer of zinc-lead.

HZL operates the third-largest open-pit mine and the world’s largest zinc mine in Rajasthan. There are several other mines under the HZL, which are located in several cities across Rajasthan. Now a subsidiary of Vedanta Group company, HZL is the largest low-cost zinc producer globally and one of the world’s leading silver producers.

If you’ve visited Rajasthan, you’d know the Tibbati Jaipur famous market is all about garments. Another leading industry in this state is textiles, and Banswara Syntex is one of the leading integrated textile producers in ASIA. It was found in 1976 in a rural Bamboo forest town of Banswara, Rajasthan, and since then, the company has grown to produce 2400 tonnes of yarn each month as of 2020.

Another major name in yarn supplies and textile industries, RSWM a flagship of LNJ Bhilwara Group. They are a leading textile manufacturer from Rajasthan and have a production capacity of over 25 million fabric meters annually, exporting in over 78 countries. They are famous for producing high-quality cotton, melange, synthetic, and novelty yarns along with denim and suiting fabrics.

LNJ fabrics are specialists in poly viscose blends providing fashion and interiors markets with over 15 million meters of fabric annually. Their brands Mayur and Cannella are world-famous and have sold successfully worldwide. They are the officially approved yarn suppliers for IKEA.

Did you know  Jaisalmer has reserves of a unique kind of marble called yellow marble? The brand RK Marble is one of the leading manufacturers and exporters of marble. They began from a quaint town in Rajasthan called Kishangarh in 1989, and since then, they have been producing over 2 million tonnes of exquisite marble per annum consumed all over the world.

Rajasthan is known as a land of kings. While it has left a lasting impression on our culture today, it has mainly inspired two very thriving Rajasthan tourism and jewellery industries.

Inspired by ancient designs from royal families, Amrapali Jewels is one of the leading brands in jewellery that two designers founded in Jaipur. In 1978, Amrapali Jewel became a unique and leading jewellery brand with several stores across India and London. It is famous for its rich ethnic designs studded with gems and stones and provides a palette of variety inspired by the land of royals.

If you stroll along the lanes of Jaipur, you will see a rich culture and history of garments. Some established clothing brands have been founded in Jaipur, and Anokhi is one of the oldest brands founded almost 50 years ago. They have expanded since then with several stores across India. Their brand has been unique, with hand block printing done by local craftsmen of Rajasthan using natural dyes and sustainable materials.

Anokhi also runs a museum of hand block printing in Jaipur, which is the first and one of its kind in India.

Do you remember the Amitabh Bachchan advertisement about not sharing his food? The bhujia packet that he so fondly holds close belongs to the famous brand Bikaji Foods laid down in Rajasthan. A leading snacks brand Bikaji was founded in the late 80s with bringing in technology for producing namkeen snacks that Rajasthan cuisine is so famous for.

The brand laid the foundation for many other brands to produce Indian snacks, but Bikaji was a leading pioneer in bringing the authentic Indian taste to the snack variety. It is most famous for producing Bhujia and has been a favourite brand in India and abroad.

Blue pottery is a famous art form from Rajasthan, and the credit goes to Ramanarayan Blue Art Potteries for making it a renowned brand. It is the most ancient art form of pottery from Jaipur. It is labour-intensive and requires traditional methods to create the attractive form of pottery that we usually see lined up in all markets. It was founded by Ramanarayan Prajapat, who provided several employment opportunities for the rural population in the Kotjewar village of Jaipur.

It contributes significantly to the employment generation and export earnings of Rajasthan state as it requires low investment and has a consistently rising demand in domestic as well as international markets.

An aviation wing of the Supreme Group, India’s only aviation service connects tier-2 and tier-3 cities through regular and chartered flights. It is a regional airline based in Jaipur.

Under the heritage of R.K. Marble, Wonder cement is a leading manufacturer of cement-based in the Chittorgarh district of Rajasthan. It has been a leading producer of cement in the state, with a capacity of 3.25 MT per annum.

When it was established in 1956, Rajasthan, even with all its glory of 54 forts, mining and agriculture contributed only 5% to India’s GDP. With new reforms, it was only recently that it had seen steady growth, and its gross domestic product increased at a CAGR of 7.05 % in 2020-21.

Rajasthan has constantly been evolving, with several industries and startups taking flight from this royal land of dynasties. However, even with their rich landscape and major tourism in the state, Rajasthan has become the seventh-largest state economy in India. It has constantly grown in several of its industries like textile, jewellery, mining, and agriculture. It boasts a GDP of ₹10.20 Lakh per capita.

So next time you’re wondering about Rajasthan’s famous brands, be sure to find them as huge as the radius of Thar Desert.

1) How to Use Google Adwords for Digital Marketing?
2) Tips & Tricks to optimise the Google Maps Listing for Your Business
3) Is Market Research Useful for a Small Business?
4) Top-10 Things & Technologies that will be trending in the year 2021
5) OkCredit: All you need to know about OkCredit & how it works.

Q. What are the famous products that Jaipur is famous for?

Ans. The pink city of Rajasthan is an industrial hub with several companies based out of this city. It is famous for gemstones, textile, handicrafts, and tourism, and hotels at Royal palaces.

Q. Jodhpur is famous for which items and what is found in Jaisalmer?

Jaisalmer - The golden city of Rajasthan is famous for limestone, minerals, marble, and leather.

Q. Which are the UNESCO sites in Rajasthan?

Q. When was Rajasthan formed, and why was it part of BIMARU?

Ans. Rajasthan was formed in 1949 and established as a state in 1956; it was initially part of the poor states BIMARU ( Bihar, Madhya Pradesh, Rajasthan, and Uttar Pradesh). However, with the growing economy of the state, it has now been excluded from this list.

Q. What is produced in  Rajasthan’s agriculture?

Ans. Wheat, Jau, Jowar, Bajra, Maize, and pulses are some of the major food crops of Rajasthan. It has about 81000 hectares of an organic farm and is also one of the leading producers of organic products like soybean, cumin, etc.