Digital growth of brands over the years 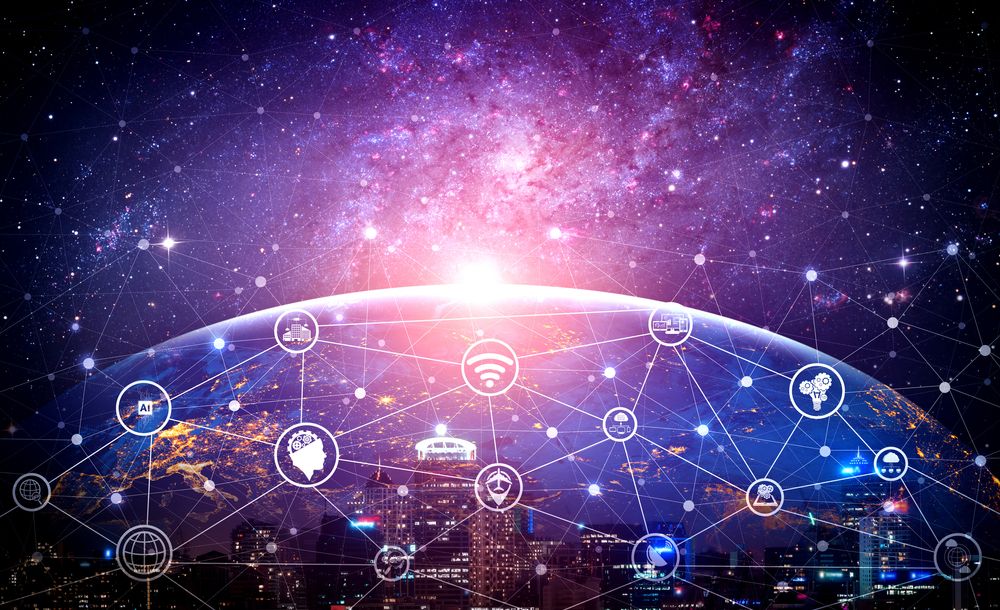 Marketing is one of the most dynamic verticals in a company, having a closely-knit relationship with technology. For years, it has had to compete with the advancement of technology to attain its goal of creating value for a brand in the eyes of the prospective customers. From the invention of the telephone to the advent of the internet, marketing has moved from print to digital swiftly, in a few decades, accelerated by technological growth.

The world today is recovering from the damage caused by CoVID-19, a virus that has had the most significant impact on company decisions, regardless of the size or sector. Lockdowns and norms of social distancing greatly hindered consumerism, and companies were forced to adopt new ways to reach customers, allowing them to make purchases from the comfort of their home by generating presence on laptops and mobile devices instead of billboards.

In this article, we look at the digital growth of brands over the years and analyse them concerning the major technological advances made by the world.

The pre-internet era was dominated by traditional marketing strategies, with the only digital presence of brands being through television and radio marketing. Since mass marketing on television is a costly affair, companies employed a multitude of marketing tactics such as direct/ person-to-person sales, magazines, coupon books, billboards, newspapers and other instruments such as brochures and catalogues, in printed format, that conveyed information about the brand to a prospective customer.

While some of these methods are still in use today, most of them have been optimised and scaled-down and have a much smaller contribution to a brand’s overall marketing/growth strategy. This is because while the world has leapt ahead in technology, there are several cons associated with traditional marketing, such as

Marketing techniques such as TV or billboards are often viewed by a very large range of people that may or may not be the same as the set of the brand’s target customers.

Traditional advertising requires a high expenditure. For instance, the cost of running a 30 second TV commercial can be as high as 10 lakh rupees.

The Internet Bubble and Advent of the Personal Computer (Post – 1997)

The World Wide Web, introduced by Tim Berners-Lee, took off when the first successful mass-market browser, Netscape, was released in 1994. In the following two years, the number of people using the web soared from 16 million to 70.

India, though slightly behind developed countries like the United States at this point of time, embraced the growth of personal computers and laptops. While having an internet connection was a noble affair in the early 2000s, global companies had started building their brands on the digital medium and SEO copywriting had started gaining ground. The Internet was fast being accessible to a greater number of the population, and the entry of global brands to India meant that a wide range of laptops started filling the electronics stores. By 2012, India had as many as 34 million personal computers being sold, with sales having risen at a healthy rate of over 2.5% ever since.

As of 2014, India was the 5th largest consumer of personal computers in the world.

With improved website building techniques, increase in the use of mailing services and finally the advent of social media in 2006 in the form of Facebook, companies started scaling up their digital presence, pouring more revenues into this sector than ever before. The advent of every social media website, from Twitter to Instagram, led to a spurt in the number of websites in the world, and soon, having a digital presence became a necessity to grow a brand. The number of websites grew from 3000 in 1994, the time when Yahoo! was launched, to 1.72 billion in 2019, a staggering rise of 5.7 million % in 25 years!

Smartphones and the change in Google’s SEO practices

The introduction of the iPhone in 2007 sparked another revolution in technology, enabling people to be connected to the world with a device small enough to fit in a pocket of their pants. Samsung, Sony, HTC and other manufacturers followed with their products, and today the smartphone has become an essential part of a person’s day, with an average smartphone user spending around three hours on the device daily.

The change in Google’s website ranking algorithms was proof that the tech giant was estimating an unprecedented rise in the usage of smartphones. Thus, companies were forced to optimise their websites according to smartphones, with every new website being tailored to suit mobile devices as well as laptops. The number of brands having an online presence had reached an all-time high as companies looked on capitalising on the sheer amount of time spent by a person on their smartphones. Contemporary advertisement methods such as social media marketing, in-app advertising and referral marketing combining multiple mobile applications started gaining traction for the following reasons:

The use of analytics in digital marketing allows for the collection and analysis of data that can help marketing minds and brand strategists formulate KPIs to judge the performance of their brand. Also, the use of sophisticated digital analytics tools further allows companies to optimise their digital growth campaign.

Data Analytics also allows marketing professionals to target specific individuals who have a greater chance of being prospective customers of their brands, resulting in more optimised spending of resources and a higher conversion rate.

With several companies like GoPro, Tesla, Ola, Uber, etc. focusing most of their marketing resources on charting a digital-first growth strategy, digital marketing was on its course towards becoming the most important form of marketing in the world.

Indian billionaire Mukesh Ambani’s introduction of Jio to the Indian Market marked the beginning of a growth spurt in the number of people being exposed to the internet in India. Jio unleashed a series of discounted internet plans and frugal mobile phones, leading to a huge rise in the number of smartphones and internet consumers in the country. The number of smartphone users in India rose from 76 million in 2013 to almost 700 million in 2020, a ten-fold rise in a matter of less than a decade.

This rise indicated that India was on its way to become one of the biggest IT consumers in the world. Realising this paradigm shift companies across the globe started funding their operations in technology with the objective of providing the experience of their product through technology. Mobile apps saw an unprecedented rise in the past decade, and companies realised that it was now mandatory to carry its operations through digital means for the growth of their brand. Companies scaled up their advertising revenue for digital operations, with large-scale as well as small-scale companies leveraging the internet revolution that had taken place.

CoVID-19 and the road to the future

As mentioned in the very beginning of the article, CoVID-19 provided further impetus to an already accelerating sector of digital marketing. While small brands have started building up through WhatsApp and Facebook communities, larger companies are building their brands through sophisticated referral marketing campaigns as well as heavy social media advertising, leveraging the benefits of data analytics.

As we stay hooked to our smartphones and laptops for the major part of our day, it only becomes prudent for companies to keep innovating their digital strategies and promote their brand through digital means, for long-term sustainability.

Also read:
What is the best form of advertising today in the modern world?
11 Easy Ways for Small Businesses to promote their Business on Social Media
What Is the Startup India Campaign?
Internet Penetration In India Over The Years
What is IoT? All about the Internet of Things

« Previous Post What is the best form of advertising today in the modern world? Next Post » How Smaller Cities & Towns are Emerging as New Capitals for Brands?
Business TipsEnglish