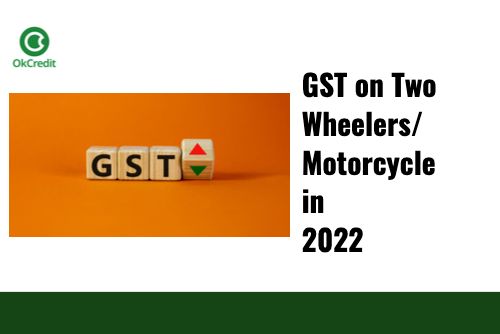 In the last year, the Indian automobile industry and the two-wheeler sector were under stress. It is because of the mandatory transition from BS4 to BS6 emission standards. Add to this the negative economic impact of this pandemic. To make matters worse, the GST rates on two wheelers in India is significantly high. Therefore, we sincerely hope that the 2022 Budget will ease some of the struggles of the two-wheeler industry by introducing favourable measures to reduce the GST on bikes.

Through this post, we analyse and give the in-detailed GST on bikes and insurance premiums.

The latest GST rates on purchase of two wheelers, insurance and servicing

Under the previous tax regime, there were many taxes, varying from central level to state-level taxes. The present GST regime has a single unified rate, which has relatively reduced the impact of GST. Further, in comparison, the present GST regime has simplified the taxation on two wheelers. That being said, it is essential to note that GST @18% is leviable on vehicle insurance premiums as well.

GST on purchase of a bike

GST on motorcycles depends on the engine capacity of the two-wheeler. Presently, bikes under 350cc attract a 28% tax rate (base rate). However, if the bike's engine capacity exceeds 350cc, a compensation cess of 3% is added to the base rate, effectively leading to a 31% tax rate. For better understanding, refer to the below illustration:

It is clear from the above, the GST on bikes that are premium in nature will be taxed at a higher rate of 31%. Even the affordable and common-man bikes are taxed at a relatively high rate of 28%.

Further, the GST rate on items like lubricants, consumables and battery charging is 18%. In contrast, the GST rate on spare parts like clutch cable and gauge oil level attracts 28%. Overall, this soaring GST rates on two wheelers and spares can adversely affect customers and result in sluggish demand for the automobile industry.

GST on purchase of an electric bike

We are currently witnessing an electric vehicle rush in the Indian automobile industry. The Government intends to significantly drive up the sales of electric vehicles in the country. As a result, the GST on electric bikes is only 5%. It is a significantly lower GST rate since we are in the infant stages of the electric vehicle industry. Earlier it was taxed at 12%. This reduction has dramatically reduced the cost of bikes in the hands of customers. To quantify, the Ather 450X model has reduced its prices by almost Rs14,500 as a result. In the long run, this ambitious effort will undoubtedly increase demand for electric bikes and scooters in India and is laudable.

GST on Two-wheeler Insurance in India

The GST rate on bike insurance is @18%. It means that you will have to shell out GST at the rate of 18% on your bike insurance premium. Under the earlier tax regime, this rate was around 15%. There is an increase in the rate under the GST regime for two-wheeler insurance. Whether you go for comprehensive or third party insurance coverage, this will translate to higher premium costs.

The Government has hinted at reducing the GST on bikes. Consequently, the two-wheeler prices in the Indian market are expected to decrease. The finance minister has confirmed this, and we hope for early implementation of the same. GST charged on two-wheelers may reduce because of this. The auto industry has been demanding a change for a long time because of increased manufacturing costs and low demand due to the high GST on two wheelers. In the last decade, the sale of two-wheelers decreased significantly. Two-wheelers are essential to every household in India and cannot be placed in a slab of luxury items. Many automobile companies had previously requested a lower GST on bikes as high GST rates affected sales.

Further, the high GST rate on two wheeler insurance will lead to an increase in premiums. As a result, more and more people will be reluctant to opt for more comprehensive policies. Thus, it affects the insurance industry remarkably.

We hope that our comprehensive post on the effect of GST on bikes has helped you gain a better understanding of this subject. For more such informational content, keep visiting OKCredit. You can also check out our app OKCredit, which can help you manage your business transactions.

Q. Will the introduction of GST increase the cost of my new bike?

Ans: Presently, the GST on bikes is lower when compared to the old tax regime. It means that the cost of purchasing your new bike will not increase as a result of GST. However, the prices may increase due to increased raw material cost, labour and global factors.

Q. Is there GST on my bike insurance?

Ans: Yes, the GST on bike insurance is 18%. On all motor vehicles insurance policies, GST is liable at the rate of 18%.

Q. Is GST applicable on servicing my bike?

Ans: Yes, you will have to pay GST on servicing your bike. The GST charged on servicing would be 18% or 28%, depending on the spare parts.

Q. Is there any GST on the purchase of electric bikes/scooters?

Ans: Yes, there is a GST payable. An incidence of GST @5% applies to all-electric bikes and scooters in India.