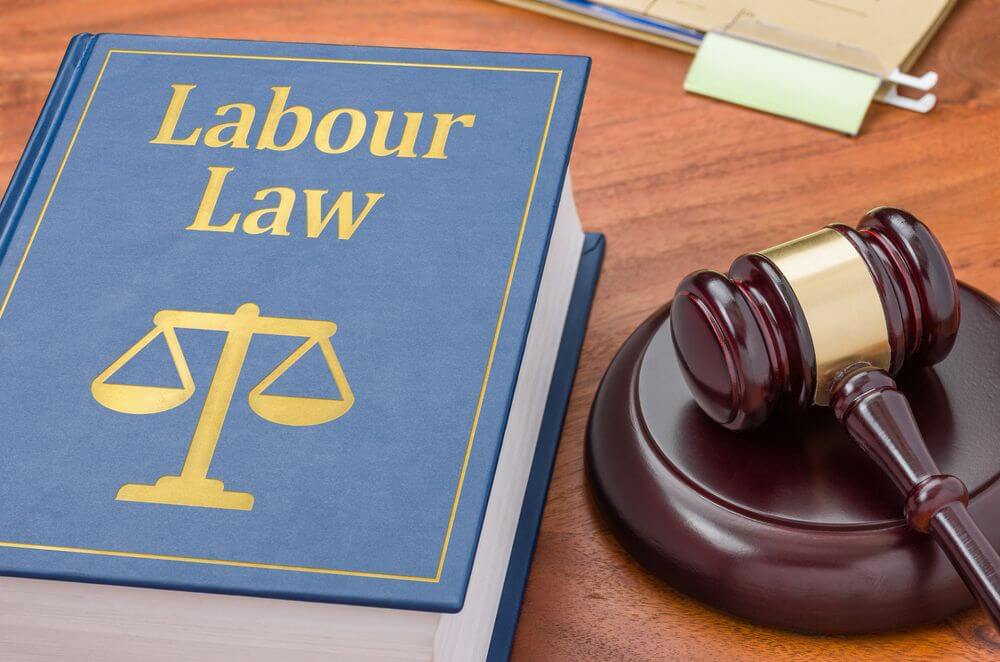 To make this possible, the department has enacted and implemented some labour laws in India. It helps in easy regulation of terms and conditions of service and defines a clear-cut relation between employers and employees.

Trade Unions are a strong platform for saving the rights of employees. These unions get the power to convince higher management to understand and approve their genuine demands. According to Article 19(1)(c) of the Indian constitution, “It is the right of employees to form unions or associations.” The Trade Union Act of 1926 was amended in 2001. It states rules on general rights and governance of trade unions.

This law came into existence for the benefit of all workers. The aim is that all workers get their salaries and wages on time without any false deductions. Section 6, Wages Act states that workers should be paid in the form of money.

The Industrial Dispute Act creates a fair dismissal procedure for all employees working permanently in an organisation. The law states the following points:

The Minimum Wages Act of 1948 is an act of Parliament related to the labour laws of India. It was enacted to decide the minimum wages to be paid to unskilled and skilled labourers. It is a ‘living wage’ that states the worker’s income range to provide the basic standard of living like good health, comfortable education, and dealing with all kinds of contingencies. The range of per day wage may be between RS 143 to Rs 1120 a day.

The Maternity bill 2017 is an amendment to the already existing Maternity Benefit Act, 1961. It was passed on 11 August 2016 in Rajya Sabha, and on 09th March 2017, it was passed in Lok Sabha. The President of India gave his NOD on 27th March 2017. This act aims at the protection of women's employment during her maternity period. At present, women are entitled to maternity leave of 26 weeks (06 Months). It states that she will get a full salary during her maternity leave.

This Act prohibits any kind of sexual harassment of the women employee at her workplace. The act came into action on 09 December 2013.

This act is mandated to be implemented both in private and public sectors, whether organised or unorganised. This act includes all sections of women, irrespective of their employment nature or age.

The Employees Provident Funds and Miscellaneous Provisions Act, 1952 provides pension funds, deposit-linked insurance, and institutions of provident fund to all those organisations where more than 20 employees are working.

Some amendments came under this act in 2015:

The Payment of Bonus Act, 1965 states the laws of the bonus payment to the person employed in certain established within India. Bonus is calculated based on your productivity. All employees who are drawing remuneration of less than Rs 10,000 are liable for the Payment of Bonus Act’s benefits, 1965. If any of the employees have worked for less than 30 days in a company, they will not be liable to get any bonus. The bonus rate varies between 8.33% to 20% maximum.

The Employees State Insurance Act, 198 or is also known as ESI Act. It is a kind of social welfare legislation introduced by the Government of India. As per this act, employees in maternity, sickness, or injury at the employment place can claim for medical relief, cash benefits, or giving pension to deceased workers or providing compensation for fatal injuries. This act applies to all places where more than 10 employees were working. Employees working as either casual or temporary employees and drawing wages less than Rs 15,000 per month.

The employer should register their factory with the employees’ state insurance corporation. The contribution to be made by the employer is around 4.75% of the wages paid. On the other hand, employees have to contribute 1.75% of the drawn wages.

The Payment of Gratuity Act, 1972 states that each employee who has completed continuous service of 5 years or above becomes entitled to gratuity. On termination, superannuation, retirement, or death or accident can claim for gratuity. It is given at the rate of 15 days wages of each year of service completed, subjected to an aggregate of Rs 10 Lacs only. In case the employee is entitled to receive higher gratuity according to the contract, they will get higher gratuity.

All these are some of the important labour laws of India for protecting the rights of workers. Secondly, offer them a positive and healthy working condition, fair payment, bonus, fixed working hours, medical leaves, etc.

1) Make in India: Why Make in India campaign is surging?
2) GST Tax Rates on Furniture Items in 2021
3) What type of permissions are required before starting any business?
4) How Lockdown Has Impacted Employment in India?

Q. What policy adopted by the government on the issue of child labour?

Ans. The National Policy on Child Labour came into existence in India in August 1987. It consists of the action plans and strategies to get rid of the country from the issue of child labour in India:

1.  Legislative action plan: Under this scheme, the government enacted the Child Labour (Prohibition and Regulation Act). As per the act, all children below the age of 14 years cannot work. The government also introduced some general development programs for benefiting children and their upliftment. The government has created 'A Core group' for converging the Ministry of labour and employment schemes.

2. Project-based action plan: It is related to the launching of new projects for the better future and welfare of all those working in areas where the percentage of child labour is quite high.

Q. What are the objectives of labour legislation?

« Previous Post Step-By-Step Instructions to Create an Online Marketing Plan that Will Grow Any Business Next Post » How Much Does Digital Marketing Affect Small Business?
Govt. Schemes & PoliciesEnglish