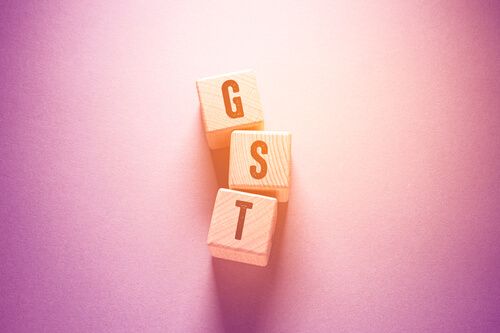 Many indirect taxes in India have been replaced by the Goods and Services Tax (GST). These indirect taxes that GST has replaced were complex. Such complex taxes are service tax, Value Added Tax (VAT), Excise Duty, etc. As such, GST is a very comprehensive tax. The automobile industry has been considerably affected by GST.

The automobile industry is a vast sector in India. The massive number of cars produced by the industry has a very significant impact on the lives of many Indians. Any tax on cars would affect a large Indian population.

Let us go through this topic in detail to understand the GST on cars in 2022. You can also check out the various tax rates for cars/four-wheelers here.

Tax Laws on Cars/Four-Wheelers Before GST

Below is a table that shows the different types and rates of taxes levied on the passenger vehicles/SUV before GST.

Previously, sales of used cars were subject to the Value Added Tax. Furthermore, there was no application of Excise Duty, VAT, or Composite Rate in some states on the advance received for supply of goods. Many Indian states provided the manufacturers of original equipment or components with different investment-linked incentive schemes.

Interest-free loans, VAT/CST, and subsidies are the two main components of this scheme. There was the exemption of sale of goods and services, without consideration, from Service Tax and Value Added Tax.

VAT and Excise were the two taxes that the end consumer of cars had to pay previously. This was with an average combined rate ranging from 26.50% to 44%. This certainly exceeds the rates of 18% and 28% under GST. Consequently, there has been a reduction of the financial pressure of tax on the end consumer, thanks to GST.

Import dealers can also be happy as it will now be possible for them to claim the GST paid on goods whose importation or selling takes place. Previously, the import dealers were unable to claim the Value Added Tax and Excise Duty paid.

Covering the excise payable on stock transfer by IGST will now be possible under the GST law. Taxation of advance received for the supply of goods will now be subject to the rules of GST.

Manufacturers would be able to procure auto parts at a cheaper cost, thanks to the GST on cars. This is because of the improvement of the supply chain mechanism due to the effect of GST on vehicles.

Below are the GST rates that will help you to understand the GST on cars.

GST will be quite advantageous for the people who go for small family cars. Such cars are like Nano, Datsun Go, Alto, Santro, etc. This is because there shall be a charging of minimum cess of 1% over the 18% rate of GST.

Q. On what factors do GST on cars/four wheelers depends?

Ans. GST on cars depends on three main factors. These factors are cars usage, fuel type, and classification of cars.

Q. Is cess also levied on cars along with GST?

Ans. Yes, cess is also levied on cars/four-wheelers along with the standard GST rate. The factors on which cess depends are the category of car and engine capacity of the car. The rate of cess on cars varies between 1% and 15%.

Q. Who is affected by the GST on cars/four-wheelers in India?

Ans. GST on cars will be on consumers, manufacturers of vehicles, car dealers, and exporters.