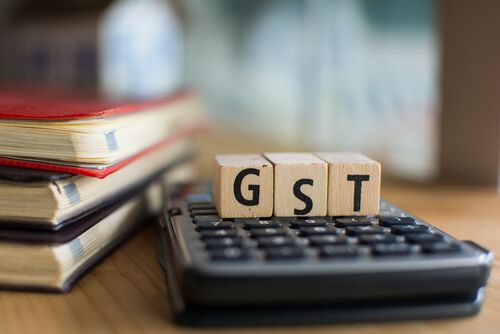 Indian Railways is currently the fourth largest railway network in the world. It’s a mode of transportation that carries both passengers and goods to different parts of India.

With the implementation of Goods and Service Tax (GST), service tax is no longer levied on ticket fares for traveling by Indian railways. The 5% GST rate on such service seems a bit costlier than the pre-GST regime 4.5% service tax (effectively post abetment) charged by the Indian Railways. However, the concept of input tax credit under GST plays a pivotal role in the effective cost of traveling for Indian Railway passengers.

Here is a difference in effective rates under the GST as well as the pre-GST regime:

Earlier, Indian Railways enjoyed a special abatement at the rate of 70%, which means only 30% of the taxable value was chargeable for tax. However, no such abatement system is provided under the Goods and Service Tax act.

Let’s look into the GST rates on Train tickets.

At present, three activities qualify as output service of the Railways. We have listed them below:

Effect of change in the tax rate

To give relief to common passengers under the GST regime, this tax is made applicable only on travel tickets of AC and First Class of all categories of trains. Further, GST is not applicable on other classes like Second Sleeper, Second Class (reserved & unreserved).

In case of up-gradation of tickets to AC or First Class level, no additional GST is levied unless the differential fare is being collected from customers, subject to other conditions of Invoicing.

Let’s have a look at an example showing the GST rates on Train tickets.

Suppose if a person, Mr Akash booked a ticket of AC Class for traveling from Howrah Jn. To New Delhi. The fare payable to Indian railways on booking is ₹2100 (excluding service charges and taxes).

Under GST, traveling through Indian Railways is costlier by ₹10.50 due to change in Tax Rate.

Under the Service Tax regime, no input credit was allowed on taxes paid for the transportation of passengers through Indian railways, which is why the concept of abatement was applied.

However, eligible persons can benefit from taxes paid on bookings made for traveling through Indian railways under GST. So when Mr Akash pays ₹105 as input tax on bookings, he can also take benefits of ITC and adjust his other output tax liability under GST, resulting in a benefit of ₹105 due to availing of Input Tax Credit under GST.

The above two cases explain how GST can result in cheaper traveling for passengers using Indian Railways. It must be pointed out that ITC is available only to eligible entities, and individuals traveling for their work can not avail the benefits of ITC, altogether resulting in costlier travel under GST.

No GST applicable on transportation of some specific goods

The GST does not apply to the transport of certain goods such as:

Commercial supplies (B2B) have benefited from GST as they can claim input tax credit. The concept of invoice verification will also apply here to ITC complaints. The IRTC will obtain GSTIN for all companies that ship products.

GST is collected by Indian Railways and sent to the Government. CRTI maintains a daily integrated summary of unregistered freight invoices and all the procurement details of such B2C supplies.

The GST on rail tickets has made traveling cheaper due to the availability of GST input (case-to-case basis). However, the Government needs to present and ensure GST continuously evolves to make further advancements in the railway and transport sector.

Here are the answers to some frequent questions asked about GST rates on rail tickets:

Q: If the ticket is canceled, is the GST paid during the booking refundable?

Ans: Yes,  the same shall get refunded. However, if any cancellation charges are deducted from the refund as per policy, GST would be levied on such cancellation/clerk charges.

Q: In the case of Concessional / Privileged tickets, on which value is GST levied?

Q: What is the HSN/SAC code used to collect GST on Rail Fares?

Ans: Here are the codes used:

Q: Is GST applicable on catering services availed by passengers during their journey from IRCTC?

Ans: Yes, the committee has specifically examined this issue in consultation with the railway board. The GST rates on such services are as follows:

Q: Is GST applicable on convenience fees charged by IRCTC for online booking of tickets?

Ans: Yes, (₹10 in case of UPI Payments, ₹15 in case of other modes of payment) such charges are covered under GST, and tax is levied.