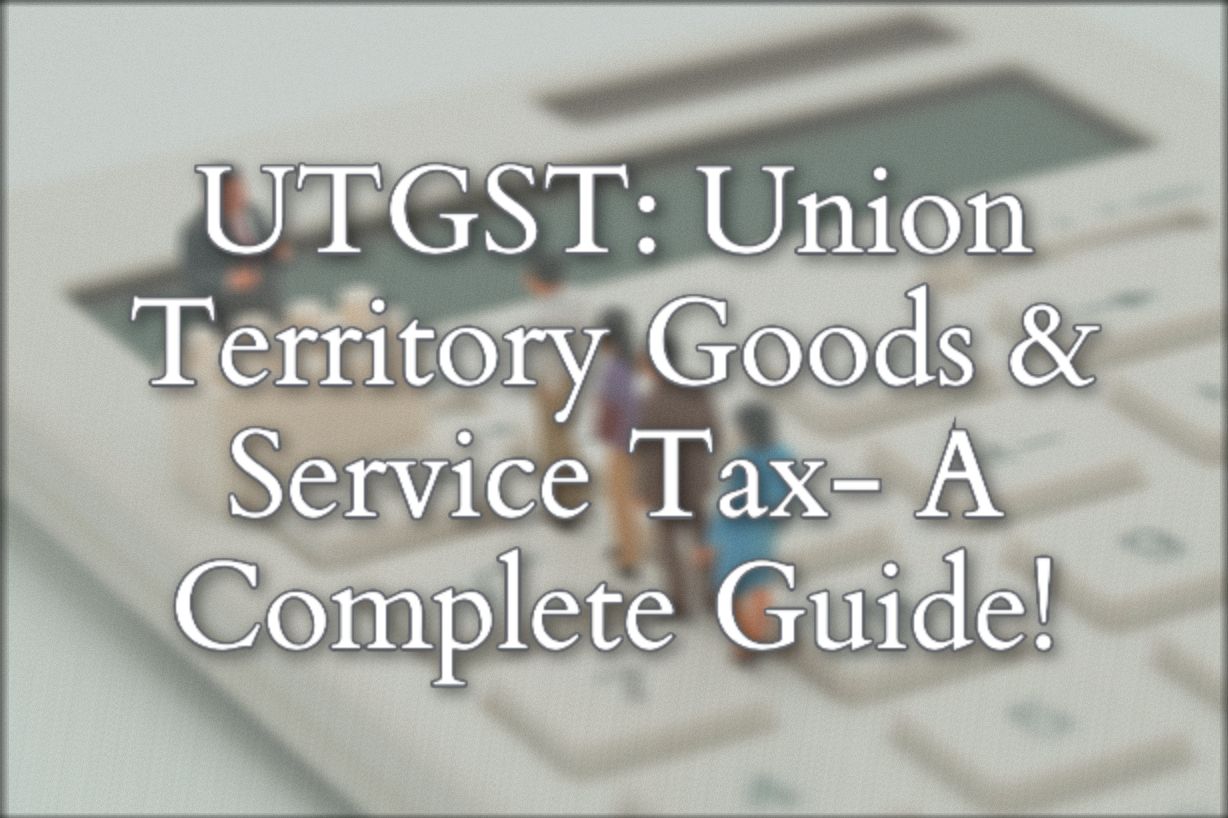 12. Legal Rules And Regulations For UTGST

14. Is UTGST applicable in Jammu and Kashmir?

UTGST stands for Union Territories Goods & Service Tax. In this blog, we will understand it's meaning, examples, and applicability.

UTGST is applicable when GST is levied on the Union Territories of India. SGST is not applicable to any of the union territories in India. The main reason behind formulating the UTGST bill is to levy and collect tax methodologically on every Intra Union Territory supply of goods and services, just like levied in the other states of India. UTGST emphasises almost similar characteristics as that of SGST and CGST cannot take care of the necessary provisions in the union territories. Hence, there was a need for forming or introducing UTGST to serve the same purpose.

The State-wise Breakup Of UTGST consists of five regions of India, including-

All exemptions from UTGST will be decided by government of India whilst keeping in mind the SGST rates.

We all have a basic understanding by now what GST is. It will be worth knowing here the prominent advantages of this single, multi-stage tax precisely-

For example, if the applicable percentage rate of GST in India(n) state is considered to be 18% then this is how it will go-

12. Legal Rules And Regulations For UTGST

14. Is UTGST applicable in Jammu and Kashmir?

What is UTGST in GST?

One of these significant sub-divisions is UGST or Union Territory Goods and Service Tax.

You might also be interested in reading:
How to apply for GSTN?
All About GST & its Benefits
Your A to Z guide to filing for GST Returns

Q. What is UTGST full form?

Ans: The full form of UTGST is Union Territory Goods and Services Tax.

Q. Who will collect UTGST?

Ans: UTGST is collected by the Central Government of India.

Ans- The major 3 types of GST in India are-

Q. What is IGST and UTGST?

Q. Is a GST software helpful, and what are the features to search for?

Ans: Yes, GST software can be of immense help to you, and it is indeed a quality investment.

Q. What are the major highlights of the 38th GST Council Meeting 2019?

Q. Who is responsible for notifying UTGST rates?

Ans: The CBIC governed by the Government of India is responsible for notifying any changes or additions to the UTGST rate slabs.

Q. What Is UTGST Tax?

Ans: The UTGST full form is- Union Territories Goods And Services Tax which is collected by the government for cities and regions falling under Indian Union territories. It takes the place of SGST, & CGST like other Indian states.

Q. In which state is UTGST applicable?

Ans: The states where UTGST is applicable are-

Q. When was the UTGST Act implemented in India?

Ans: UTGST will be levied instead of SGST without the territorial jurisdiction or specified legislatures. The UTGST bill was passed on 6th April 2017.

Q. What Is UTGST Example?

Ans: The taxes which are levied instead of SGST(State Goods & Services Tax) on the 5 union territories of India is known as UTGST. The rate slabs are decided by the type of commodity type like-

Q. What is the maximum rate applicable for UTGST?

Ans: As per the suggestion of GST Council, the Central Government has notified that any person taxable under the UTGST Act shall not be charged over 20%.

Ans: Yes, Union Territory GST or UTGST is levied in all union territories of India instead of SGST, CGST & IGST.

Q. Is UTGST applicable in Haryana?

Ans: No, UTGST is not applicable in Haryana. Please read the above article and FAQ to understand the UTGST States in India.

Q. What is the difference between SGST and UTGST?

Ans: SGST is levied by the State Government of India as per your respective states while UTGST is applicable for all the 5 union territories of India.