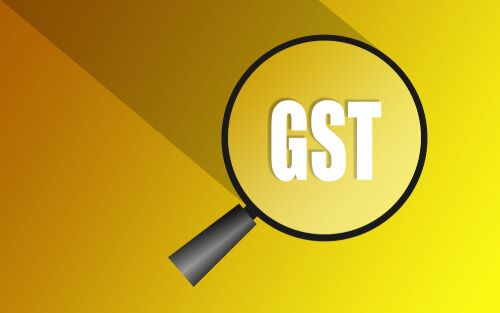 GST is an indirect tax implemented by the Indian government on the supply of goods and services. It has primarily affected the prices of the commodities under its purview. Electric vehicles, eco-friendly alternatives to fuel-based vehicles, have been subject to GST since its implementation in 2017. In a move to encourage the manufacture and purchase of electric vehicles (EVs), their GST rates were revised in the 36th GST Council Meeting in 2019.

Here, we explore the GST on ev cars through the years and understand the current applicable tax rates.

1st August 2017 saw the application of the 12% GST rate slab to electric vehicles. This hurt their sales, with only 54,800 electric bike sales made in India in 2018. The number accounts for less than 2% of the total number of bikes sold that year.

Electric vehicles operate with the help of a battery pack and these attracted 18% GST till August 2019. Demands from EV manufacturers to lower the GST rates and the GoI’s objective to tackle vehicular pollution came together to revise the taxation on electric vehicles in the 36th GST Council meeting. Rates were lowered for electric vehicles, the chargers they use, and the charging stations.

Other important changes brought about during the same GST Council meeting were:

●    Income tax deduction of up to Rs 1.5 lakh on the interest of the loan taken by a buyer for any electric vehicle.

●    GST exemption on the hiring of electric buses, with a carrying capacity of more than 12 members, by public authorities for the purpose of transportation.

Understanding the GST on Electric Vehicles

The Indian government’s vision behind lowering the GST rates on batteries in 2019 is to make India a global manufacturing hub for electric vehicles. The lowering of the GST rates on EVs is certain to increase people’s motivation to purchase them. This enhanced demand could be met locally in keeping with the ambitious ‘Make in India’ initiative. To further encourage local electric vehicle manufacturers, import costs of auto components have been lowered. Another measure adopted by the government is raising the customs duty on the import of electric vehicles. This invariably softens the competition with international EV manufacturers. Put together, when GoI’s vision is fulfilled, EV manufacture will give a tremendous boost to the economy. At the same time, it will be a nationwide move towards lower carbon emissions.

The GST on electric vehicles in 2022 has been significant in comparison to previous years. The change in GST rate slab from 12% to 5% makes an upfront difference of Rs 8,000 to Rs 10,000 in the price of the EVs. This has reduced the price gap between EVs and fuel-based vehicles—the limiting factor in the adoption of electric mobility. The number of EVs sold between January and July 2022 was 121,170, against only 119,647 units sold in the whole of 2020. Such a stark rise in demand serves as the necessary motivation for increasing the manufacturing base of electric vehicles in India.

The demand and supply of electric vehicles in the country will continue to rise in the coming years. Two factors that stand in the way of a burgeoning industry are poor charging infrastructure and the taxation on spare batteries, key parts, and components used in EV manufacture. Spare batteries are still charged under the 18% GST rate slab.

According to the Economic Survey carried out in the year 2019, the share of electric vehicles in India cut a sorry figure in comparison to countries such as Norway and China. In fact, the percentage of electric cars within India, too, is dismal in comparison to fuel-based cars. A recent report by Techarc states that electric vehicles constituted a mere 1.3% of the vehicles sold in India in the 2020-21 fiscal period.

Automobiles are the primary source of pollution with vehicle exhaust making a 30% contribution to the air pollutants in India. It is hoped that with the rise of electric vehicles, thanks to GST, the darkening problem of pollution will be addressed.

1) GST on Food items
2) GST on works contract
3) GST on logistics sector
4) GST on IT industry
5) OkCredit: All you need to know about OkCredit & how it works.

Q. Is there a relation between GST on electric vehicles and green energy?

Ans. The GST on electric vehicles will, according to experts, serve as an incentive and promote the manufacture of these vehicles. The customers will be encouraged by the income tax rebate and the lowered cost of vehicles. Consequently, this will lead to the rise of green energy in India.

Q. How will GST on electric vehicles enhance the Indian economy?

Ans. The positive GST on electric vehicles will reduce India’s dependence on expensive imported fuel, which makes a huge dent in the country’s finances. Hence, there will be an enhancement in the overall Indian economy. Furthermore, if India becomes a manufacturing hub for electric cars, the exports would bring in tremendous profits.

Q. Which big manufacturers are set to benefit from the positive effect of GST on electric vehicles?

Ans. The big manufacturers that are likely to benefit from the GST on electric vehicles and boost their production are Hyundai Motor India, Audi, Mahindra & Mahindra, Hero Electric Limited, and Ather Energy.