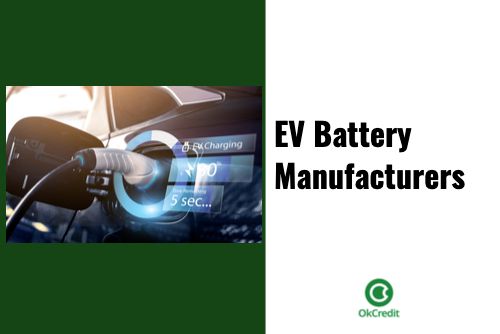 The world is progressing rapidly, with innovative technologies in every industry. The latest technology has helped to make our lives more comfortable. Moreover, new inventions are applying methods and materials that can be used to ensure that the environment is not harmed by their usage.

However, for a very long time, there hasn't been much innovation in the automobile industry to change fuels. Most vehicles still run on petrol, diesel, or CNG. Considering the harmful effects of burning such fuels for energy, innovators from all around the world have started to develop new technologies or find ways to improve existing technology.

This has led to the innovation and development of Electric Vehicles (EV). Electric vehicles do not require any fuel to run. These vehicles run on electricity and are designed to accommodate a battery along with other essential parts. This battery is charged and can keep the car active for a certain distance. This is similar to our mobile phones that need to be recharged regularly to keep working.

Many types of batteries have been used over time that can meet the requirements of a car. Lead-acid and nickel-metal hydride batteries were used earlier. Lithium-ion batteries are used currently. These batteries can be recharged and have a long-lasting life.

The Government of India is taking great initiatives to grow the EV market in India by giving special incentives to Electric Vehicle buyers and promoting the Make in India initiative in this industry. The government is encouraging various companies to start producing Lithium-ion batteries, the heart of Electric Cars and Vehicles, in India.

So far India and Indian car manufacturers are importing Lithium-ion batteries from other countries such as China or Japan, causing the cost of the final product, the vehicle itself, to increase significantly. Increased prices of E-vehicles are one of the reasons for a smaller customer base for such vehicles. However, many EV battery manufacturers in India have started to set up batteries for producing Lithium-ion batteries for India.

Exide industries limited was established in 1947 and is one of the leading manufacturers of automotive and industrial lead-acid batteries in India. Exide is the fourth largest manufacturer of such batteries in the world.

The company has production plants set up in India and Sri Lanka and has its distributorship over 46 countries in 5 continents. Exide ltd. also recycles used batteries. The company claims that 99% of lead produced from its factories is recycled after use. The company headquarters is in Kolkata.

The company is stepping into the lithium-ion producing industry through its subsidiary company - Exide Leclanche Energy. Recently, Exide has invested in Leclanche Energy and increased its stake in it. The company’s MD has commented that they are looking forward to starting producing lithium-ion batteries considering future demands and expect to start a production unit by the end of the year.

The company is looking for agreements with foreign tech giants to understand the technology required for such a setup.

Amara Raja Batteries is the second-largest manufacturer of EV batteries in India after Exide industries. The company is known for its automotive batteries brand ‘Amaron’.

Other than batteries, the company also has a presence in other industries such as packaged foods, beverages, power system production, infrastructure, etc.

Amara Raja Batteries has recently invested around INR 200 million in its Tirupati plant to initiate lithium-ion battery production. The company has an agreement with ISRO for tech transfer, which means that ISRO will help the company to set up a lithium-ion plant and train its employees as well.

The company’s board members have enthusiastically said that the company will not let this opportunity slip away and would future proof the company by investing in green technology like lithium-ion, which will be in great demand in the near future.

Tata group has always been supportive of E-vehicles and green technology and has been investing and researching in this industry for a long time now.

Tata group with its subsidiary companies, Tata Motors, Tata Power, Tata Chemicals, and Tata Elxsi, is planning to manufacture E-cars which will be completely set up and programmed by in-house companies. Tata Motors would manufacture and assemble cars, Tata power would install various charging centres in the country, Tata Elxsi would program software used in the E-car, and Tata chemicals would be producing lithium-ion batteries.

Tata Chemicals has also signed an MoU with ISRO for technology transfer and training of staff. This will help the company to set up its lithium-ion manufacturing plants in India.

Hero Motocorp is one of the largest manufacturers of two-wheeled vehicles in India and the world. The company has launched E-vehicles before as well.

The company has invested in the green technology industry through another company, Ather Energy. Hero Motocorp holds around 34% stake in the company. The company has recently installed an all-new electric vehicle plant in Tamil Nadu. The plant can produce 110,000

Maruti Suzuki is a subsidiary of a Japanese company. It is one of the major players in the automotive industry in India. Maruti Suzuki is planning to get into lithium-ion battery manufacturing from a new joint venture with Toshiba and Denso.

Maruti Suzuki's Smart Hybrid uses cutting-edge technology that improves fuel efficiency and driving performance. When the proper circumstances are met, the engine in both manual and automatic gears automatically pauses at idle. It comes with two batteries, one of which is lithium-ion. These high-capacity batteries preserve braking energy to help the engine's idle start-stop and torque assist functions. The Lithium-ion battery's stored energy boosts acceleration, allowing the engine to provide ideal acceleration and performance.

Ans. Lithium-ion batteries are portable and can be used in E-vehicles.

Q. How long does a Lithium-ion battery last?

Ans. Currently, Lithium-ion batteries are expected to last for 10 to 20 years. However, with improving technology and design, this figure is expected to go up.

Q. Do Electric car batteries drain when not in use?

Q. How much time does a Lithium-ion battery take to charge?

Ans. Overall, a lithium-ion battery charges in 4 hours as compared to a lead-acid battery that takes 10 hours to charge. Moreover, Lithium-ion batteries can be charged multiple times in a day.

Q. Why are Lithium-ion batteries used in electric vehicles?