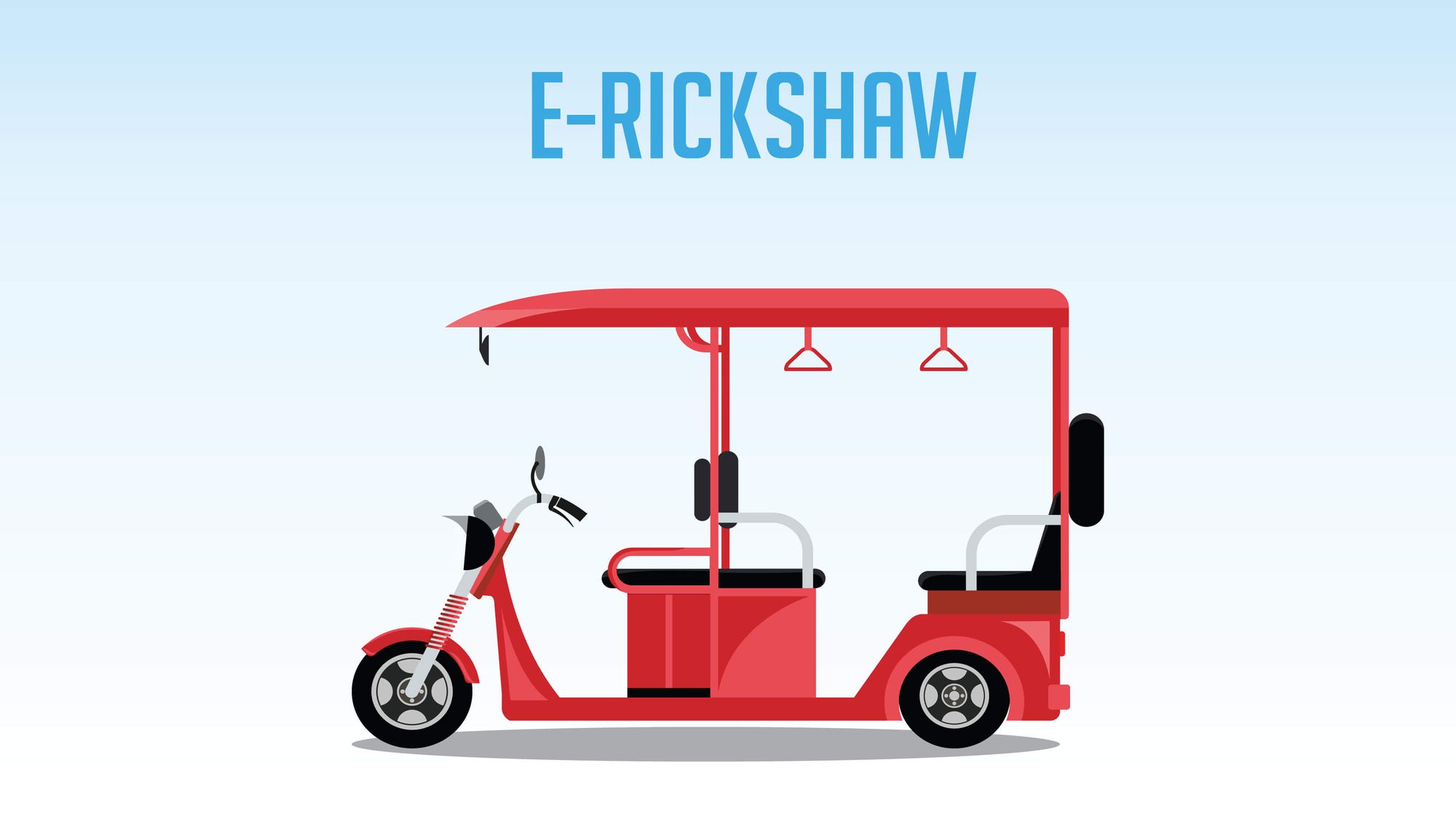 Electric rickshaws are a common means of transportation in India since they are a cost-effective way of getting around daily. The E Rickshaw market has grown in popularity as a result of its widespread use in India. The two-wheeler segment is more popular than the three-wheeler or four-wheeler categories. On India's highways, however, there are still a huge number of e-rickshaws. In many electric rickshaws, lead-acid and lithium-ion batteries are used.

Let's explore the benefits of electric rickshaws before learning about the leading E rickshaw manufacturers in India.

In India, Mahindra has revealed the all-electric e-Alfa Mini rickshaw. It has a seating capacity of 4+1 and can transport up to 5 persons at once. It is now available in the Delhi-NCR region, with Lucknow and Kolkata on the horizon. It's ideal for bridging the last mile. Mahindra is also known as one of the best E rickshaw manufacturers in India.

The e-Alfa Mini comes in black and red and has a 120Ah battery, which gives it an 85-kilometre range and a top speed of 25 km/h on a single charge. Mahindra provides a two-year warranty as well as one free battery replacement.

The Mahindra TREO is the company's first electric rickshaw, with a top speed of 45 km/h and peak power of 5.4 kW.

The TREO electric rickshaw is powered by a 48-volt lithium-ion battery and has a range of 130 kilometres and a recharge time of 3-4 hours.

Logistics assistance makes use of a large distribution network and well-equipped transportation facilities to ensure that these vehicles arrive on time. As a result, they have amassed a sizable industrial clientele.

Their products are well-known for their high performance, ease of use, and minimum maintenance. The product is a high-quality, low-cost rickshaw. They were able to manufacture these low-cost, high-performance items as a consequence of their constant knowledge expansion. Their long-term success may be attributed to their customer-centric strategy, which allows them to tailor their production process to clients' demands.

Electric vehicle dealers are commonly seen as dissatisfied and unhappy as a result of poor business decisions that cause them to feel ignored by manufacturers and result in financial losses.

Bahubali began their E Rickshaw adventure in 2013. Bahubali was essential in incorporating the E Rickshaw under the Motor Vehicle Act. They collaborated with the Indian government to increase the accessibility and use of E-Rickshaws for Indians. Over time, and in 2014, the Indian government permitted the development of a new model and its approval by an independent testing organisation. The Hon'ble Road Transport Minister Sh. Nitin Gadkari greeted the first authorised and licenced E-rickshaw under the Motor Vehicle Act, kicking off their celebration.

Vani Electric Vehicles Pvt. Ltd. is owned by Jezza Motors, a group of young and creative entrepreneurs from Kolkata. The firm was founded in 2014. The J1000, Super J1000, and J1000 are the three varieties of Jezza e-rickshaws. Its electric rickshaws have a brilliant reflector lamp, an SMPS AXIOM Charger, an Exide ER100 Battery, a 1000 Watt Motor, and Alloy Wheels.

A camera, a metal top, a metal Stepney cover, a carrier, a fresh style, and a better metallic paint finish are among the new features embellished on the Vani Jezza. It has a range of 100 kilometres and a peak speed of 55 kilometres on a full charge. The charging time ranges between 9 and 10 hours.

Speego Vehicles Co. Pvt. Ltd. is one of India's largest electric rickshaw producers, having a nationwide presence. The Speego Vehicle for last-mile connection was introduced by Speego Vehicles. The rickshaw 'Speego' is used for distribution and loading.

It is the country's first indigenously manufactured electric car, and its volume and character have had a considerable influence on the Indian electric vehicle sector.

Speego Cars currently provide a wide range of electric vehicles. Speego Vehicles is ready to achieve new heights in terms of business volume, owing to the solid basis of its historical performance and the incredible development story of the E Vehicle series. Many more E Vehicle goods will be available in the near future.

Professionals at the firm make these products using high-quality raw materials in accordance with industry standards. Their products are utilised in a variety of sectors such as automotive, electrical and electronic, engineering, and telecommunications.

Vidhyut is a subsidiary of the Kalinga group, which was one of the first in India to be recognised and authorised by the Government of India in the L5 category of Battery Operated / Electric Vehicles. Among the vehicles are electric freight, freezer vans, passenger, ambulance, auto, and trash vans.

A 1.2 kilowatt brushless DC motor with a peak output of 2.4 kilowatts (BLDC) is one of Vidhyut’s top innovations. It has a top speed of 40 kilometres per hour. There are two batteries available: a 60V 110AH Lithium-Ion battery and a 5–12V 140AH Tubular Lead Acid battery.

Big Bull is a well-known e-rickshaw manufacturer in India. The E-Rickshaw-Eco, E-Rickshaw-B1, E-Rickshaw-B2, E-Rickshaw-B3, and loaders are among its electric vehicle offerings. In addition, it produces electric scooters and bicycles. It is available in a number of states, including West Bengal, Jharkhand, Bihar, and Assam.

The Toto e-rickshaw has a range of 50–60 kilometres and is powered by a 750-watt motor. It has a top speed of 25 kilometres per hour.

In India, e-rickshaws have grown quite popular, and fast. They're found in every town - big or small. Both the drivers and the passengers benefit from it. Because E rickshaws are environmentally beneficial, the government encourages their use.

We have listed some of the best and leading E rickshaw manufacturers in India, so take your time in choosing the best electric rickshaw for you.

Q. What is the maximum speed of an electric rickshaw?

Ans. The maximum speed of an E rickshaw is between 20 and 35 kilometres per hour. The power level you use and the charge level of your battery dictate the speed you can achieve.

Ans. Yes. After state RTO permission, the vehicle has to be passed through CIRT, ARI, or ICAT.

Q. What is the battery charging time for these e-rickshaws?

Ans. Around 6-7 hours, depending on the charger, with a single-phase 15A socket and 3-4 units required for a single charge.

Q. What are the government schemes for electric rickshaw manufacturers in India?

Ans. There are various schemes currently run by the Indian government. The list includes National Electric Mobility Mission (NEMMP) 2020, Pradhan Mantri Mudra Yojana (PMMY) 2015, Subsidy by Fame I, among others.

Q. What is the government's maximum capacity for an electric rickshaw?