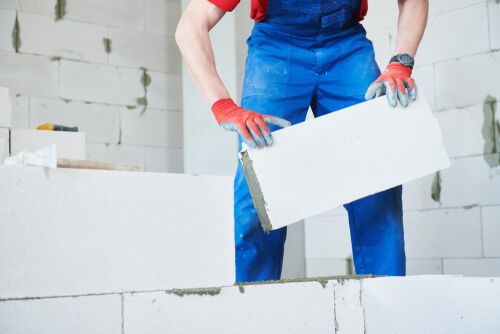 The top AAC blocks manufacturers in India provide high-quality AAC blocks designed to give remarkable strength and long-term protection. Aerated concrete (AAC) blocks are lightweight, compact, and long-lasting construction materials that may be employed in a range of applications. Because of their structural composition and high compressive strength, they are preferred over typical red clay bricks in modern building projects. The AAC manufacturing process is inherently associated with the prospects of the cement industry. This article will explore all the facets of this industry.

India is the world's second-largest cement production. It represents more than 7% of the world's installed capacity. India's infrastructure and building industries have significant development potential, and the cement industry stands to profit greatly from it. Some recent initiatives, such as the creation of 98 smart cities, are projected to considerably boost the sector.

Several worldwide firms, including Lafarge-Holcim, Heidelberg Cement, and Vicat, have recently invested in the country as a result of the country's acceptable foreign policy. The readily available supply of raw materials for cement manufacturing, such as limestone and coal, is a major component fueling the sector's expansion. In FY21, India's total cement output was 294.4 million tonnes (MT), up from 329 million tonnes (MT) in FY20.

In FY20, cement output was 329 million tonnes (MT), and it is expected to climb to 381 MT in FY22. In contrast, consumption was 327 MT in FY20 and is expected to rise to 379 MT by FY22. The capacity of cement manufacture is expected to reach 550 MT by 2020. Because India has an abundance of high-quality limestone deposits all around the country, the cement industry has a lot of room to develop.

Cement output in India is predicted to expand by 12% year on year in FY22, owing to the rising demand for rural housing and the government's strong emphasis on infrastructure development.

The Indian cement sector is expected to construct 80 million tonnes (MT) capacity by FY24, the most in ten years, due to growing expenditure on housing and infrastructure.

Increased infrastructure expenditure in the FY22 budget over the FY21 budget (34.9% in highways, 8.7% in metros, and 33.6% in railroads) is expected to improve cement consumption.

India's cement sector is seeing increased demand. According to the organisation, key firms include ACC, Dalmia, and Ultratech Cement. Indian cement producers reported a stunning reversal in profitability in the second quarter of FY21, and demand for the industry grew, spurred by rural regeneration. As rural markets normalise, demand expectations have remained high. CLSA anticipates that EBITDA in its covered enterprises in the cement industry would climb 14% year on year in FY21.

AAC blocks manufacturers in India make high-quality AAC blocks, each with its own set of characteristics and benefits. Procurement managers should research manufacturers and their product portfolios in order to get the best option for their projects. While some brands have higher compressive strength, others have superior fire resistance, insulation, or increased savings on Heating, Ventilation, and Air Conditioning (HVAC). This has a direct influence on the price of AAC blocks given by each industry producer.

Q. Which blocks made by AAC blocks manufacturers in India are best for construction?

Ans: Massive concrete blocks with a lot of aggregates are regularly used. They are incredibly strong and provide a high level of structural stability. As a result, these solid blocks are well-suited for large-scale masonry projects such as weight-bearing walls.

Q. How strong is an AAC block made by AAC blocks manufacturers in India?

Ans: Air can contribute up to 80% of the volume of an AAC block, depending on its density. AAC has a low structural compression strength because of its low density. It can withstand forces of up to 8,000 kPa (1,200 psi), or roughly half the compressive strength of normal concrete.

Q. Which city is known for its cement Industry?

Ans: Kota in Rajasthan is known for its cement industry.

Q. Which state is known for its cement industry?

Ans: Madhya Pradesh is renowned for its cement industry.

Q. Which was the first cement factory in India?

Ans: Despite the fact that the first cement factory was established in Porbandar, Gujarat, in 1904, cement production began in Madras in 1904 at a facility built by a company called South India Industrial Ltd.