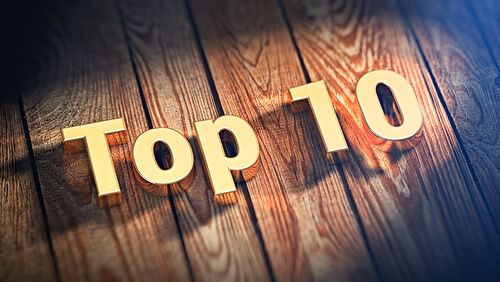 Surat is famous for its flyovers, farsan (snacks), polished diamonds, and zari. But apart from churning out 90 percent of the world's finished diamonds, Surat has also churned out successful businesses in scores. The best businesses in Surat range from diamond polishing factories to Farsan houses. These ventures have become case studies for top IIMs and, more importantly, an inspiration for entrepreneurs across the country.

So, if you are a small business owner or someone aspiring to be an entrepreneur, you’ll be delighted to read the stories of these brands, and you might get some handy tips from the ones who have gone on to become big names in their fields. This article covers the journey of the best small businesses in Surat that have turned into industry giants.

Diamond is unarguably one of the best businesses in Surat. What started as a small diamond finishing and polishing unit in Surat has expanded to a huge industrial group with its headquarters in Mumbai. HK Exports have expanded its wings worldwide through the export and trading of diamonds. The company also started its jewelry outlet “KISNA,” a renowned jewelry brand across the country.

HK Exports began with a minuscule number of machines and employees and a revenue of 1 crore in its first fiscal year and has turned into an enterprise involved in manufacturing to trading, and merchandising of diamonds that employs thousands of people and generates a revenue of 1.1 billion rupees. Apart from that, the owner Mr. Savji Dholakia is known for great business ethics and employee relations.

Laxmipati Sarees was one of the first saree manufacturers in the country. With its foothold in Surat, it has scaled the width and height of the country with its finest collection of garments. It has also built a remarkable online presence and has ventured into a wide variety of women’s clothing apart from its signature sarees.

A lot of women in Surat swear by it. Apart from fashion, it is also involved in industries like polymer, shipbuilding, and real estate.

Once it became a leading name in South Gujarat, it entered markets across the entire state under “Avadh,” which constructs world-class structures and an additional venture of “ Ventura AirConnect,” a private aircraft service. Avadh’s services are also renowned in the food and beverages industry, as well as for its state of art hotels. Above all, the philanthropic activities of the owner Lavji Daliya have earned him the title of ‘Badshah.’

Dharmanandan diamonds spearheaded the diamond polishing industry in 1985 when two friends Laljibhai Patel and Tulsibhai Goti, opened a small diamond manufacturing unit under the alias of Shreeji Gems. But a few years later, it was the name Dharmanandan diamonds that struck gold or diamonds for them.

And since then, they have never looked back. Dharmanandan diamonds now has its headquarters in Mumbai, and Lalji Bhai Patel created headlines with his fine taste when he purchased prime minister Narendra Modi’s suit for an extravagant sum of 4 crores and 31 lakh rupees.

Rajhans Group appeared across the media when its owner Mr. Jayesh Desai purchased Sachin Tendulkar’s Ferrari. But his love for luxury cars and affinity towards cricket is not what Jayesh Desai is known for.

Rajhans or the Desai-Jain group is one of Surat’s leading business conglomerates with its interests in businesses ranging from residential complexes, multiplex theatres, and restaurant chains by the name of Enjoy and the continental food restaurant called Sizzling Salsa. But the business that has earned its owner national acclaim originated as a small edible oil factory in Surat. However, today it has truly surpassed all expectations.

With humble beginnings as a diamond laborer, Mahesh Savani’s father ran a small diamond manufacturing unit which was later taken to new horizons by Mahesh Savani and his family. He learned the trade from his father and turned it into a business giant with an annual turnover of 150 crores.

But due to unwanted circumstances, he had to turn his profitable business into reality, which fortunately brought him better prospects than ever before. Today P.P. Savani is a leading group of schools and real estate known all over India. Moreover, Mahesh Savani has organised weddings of thousands of fatherless girls.

Kiran Gems has a global clientele having tie-ups with renowned watch brands and jewellery manufacturers as well as industry giants responsible for mining. Although Kiran Gems is the world’s biggest manufacturer of natural diamonds today, it started small when it was set up by its owners in 1985.

The business tycoons credit their success to five p’s which their official website describes as a principle, passion, partnership, performance, and progress.

Colourtex has been around for decades. But the dyestuff giant, which is the largest of its kind in India, started as an industrial unit in the suburbs of Pandesara, Surat. The founder Jayantibhai Jariwala attributes his success to the company’s drive towards consumer satisfaction, social and environmental responsibility, and his love for his people, his employees whom he considers the biggest asset of his company.

According to Jayantibhai, employee relationships take businesses to a new high, an important aspect for growth that he realised early on in his career. This and marketing, branding, and quality services have helped Jayantibhai lead the market for five decades.

Hindva Group was established as a commercial wing of MK group; it went on to spearhead its own brand Hindva in 2008, which has never stopped growing ever since. Though it started off with import, export, and manufacture of diamonds, it has also established itself in real estate, textile, hospitality, mining, education, and pharmaceuticals. Hindva group, under the leadership of its founders, has turned into an international success.

Venus Jewels has had a journey that has made it insightful enough to be a case study in IIM Ahmedabad’s curriculum. It was the first unit to change the face of the diamond industry in Surat. It was established in 1969 and had been growing strength to strength ever since.

Again, the secret mantra is consumer satisfaction, maintenance of quality, innovation, maintaining a fine balance in the working environment, and the good old marketing techniques. Venus also gave back to Surat in full. It has led several community programs like Venus hospital, girl child education fund, donations for the making of engineering colleges, Gujarat Cancer society, and the creation of several schools in tribal areas.

These are a few names out of many that grew multinationals out of a small business in Surat. Their stories have enthralled generations of business enthusiasts, giving them hope that they would turn their aspirations into a reality one fine day. They are great next-door examples of rags to riches tales. But, these businessmen of Surat dreamt of it and achieved it. And millions of you out there can do it too if you hustle hard enough.

We can easily conclude that building a business from scratch requires a high focus on product quality and consumer satisfaction, personal branding, great employee relations, brilliant marketing techniques, innovation, and social responsibility. You can easily spot one thing that is common to all business owners in this list: philanthropy. Their business acumen is par excellence, but their will to give back to society makes them great.

Additional tips for small business owners out there

If you are a small business owner and find maintaining gazillions of ledger books tedious and things like staff attendance and employee management exhaust you, download the OkCredit and OkStaff app now and get these small hassles out of the way.

We hope you found this article informative and are ready to go out and realise your ambitions.

1) What Is IPO? Definition, Types, Eligibility, & Process.
2) What is a Business Emergency Plan? Time To Review Your Finances
3) Things You Should Know Before Co-Signing a Loan for Someone Else
4) Where To Get Your Insurance Policy – Online Or Offline?

Q. Surat is famous for what things?

Ans. Surat is famous for its polished diamonds, textile, flyovers, and farsan houses.

Q. What else do you think makes a business grow exponentially?

Ans. A business grows exponentially under good leaders with an extraordinary vision and teamwork.

Q. What things can increase the ease of doing business?

Ans. Having the proper documents to avoid legal hassles and good strategies to resolve difficulties increase the ease of doing business.

« Previous Post What Is IPO? Definition, Types, Eligibility, & Process. Next Post » Top businesses in Delhi that are known across the country
MiscellaneousEnglish