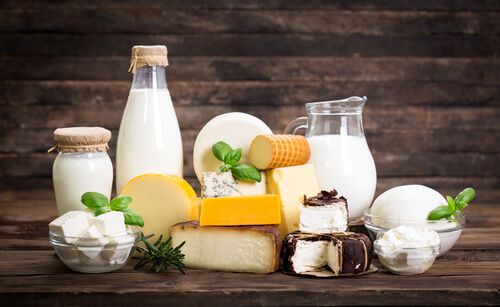 In 1970, India's National Dairy Development Board (NDDB) had given the milk movement a big push through a program known as ‘Operation Flood.’ As a result, private sectors started to see how profitable selling dairy products can be. Tax incentives were implemented to attract more milk consumption, and subsidies were issued to promote accessibility. As a result, dairy Companies in India had one of their first landmark moments, which is still defining the dairy industry today.

Today, milk is considered a staple in every home both in India and abroad. With almost decades of being the country’s leading industry, the milk revolution contributes at least 4% to every year’s economy. However, other Agri-product industries do not keep the same pace that milk production does - all developmental goals are always accomplished in the dairy industry.

The popularity of milk sweets has been around as long as dairy became a staple for the Indian supplementary diet. Rasgulla, milk peda, and kheer are some of the popular sweets which are produced here in India.

Here are a couple of big players in the dairy industry right now:

Out of these leading dairy producers, we will talk about some of them whose unique approach to the industry has had them operate with milk for almost decades now.

Since 1964, AMUL has been an iconic dairy brand that has made its presence in the Indian milk production scene very prominent, being an exception from the other dairy companies in India. They are considered India’s largest milk federation. Mr. Sardar Vallabhai Patel launched this venture to eradicate the middlemen system, which was constantly lowering the value farmers were receiving for purchasing milk. AMUL has over 186 district cooperative unions that have taken up milk processing for this company. Almost every state in India has attempted to duplicate and copy the brand name, quality, and product - this is a clear-cut sign that other companies recognize that AMUL is definitely doing something right.

Coming in a close second for milk production is the KMF, popularly known as Nandini in the state of Karnataka. Starting as a small brand to cater to the state’s dairy needs, Nandini soon gained popularity due to its operative discipline and is considered one of the most successful cooperatives in South India. KMF is the result of the ‘Operational Flood’ and is one of India’s first funded companies by the World Bank International Development Agency. This company produces paneer, yogurt, ghee, and cream products, selling them domestically and internationally. The milk is so popular that the sales extend to neighbouring states like Maharashtra and Goa!

Another player that emerged from the ‘Operational Flood’ is Mother Dairy, a name known in domestic households and internationally. They are also a subsidiary of the NDDB (National Dairy Development Board). They have a significant presence in India and constantly export products at a profitable rate. However, mother Dairy only managed to procure and produce for the NCR region, New Delhi, and the National Capital Region when the brand started. The company also makes ice cream and sweets on a large scale.

The PCDF was formed in 1962 and produced milk and other dairy products. They are one of the primary suppliers to India’s National Milk Grid which is handled by their competitor dairy company, Mother Dairy. This was an initiative to ensure that milk's available to all facets of society in India - from rural to urban. The Central government made this move, taking multiple initiatives to prompt milk production and consumption. The PCDF is also a result of the ‘Operational Flood,’ benefiting India to date.

The leading dairy companies in India are setting an example of how a perishable commodity like milk can be sold the right way. Many other industries, domestically and internationally, closely study the business model and analyze what makes it work. As a result, the dairy industry will grow by another 5% by the year 2023, keeping its place as one of the primary contributors to our GDP.

Milk is one of the most essential consumables available in any village, town, or high-scale city. With a huge emphasis on the dietary benefits, demand for drinking cow’s milk is met with equal measures to improve how milk is collected, stored, and treatment of animals. As a result, diary companies in India are set to continue leading the milk revolution domestically and abroad.

Q. Who are the top leading dairy companies in India?

Ans. Some of the pioneers currently operating in the dairy industry are -

Q. What are the popular products made directly from dairy?

Ans. Dairy product factories favour milk as a top commodity. They also produce a variety of other products also derived from milk such as ghee, lassi, butter, milk creamer/powder, cream, curd, and even sweets!

Q. How does India benefit from the dairy industry?

Ans. Farmer’s income contributes to 80 million revenue every year through the dairy industry.

Q. Who does India export their mild products to?

Q. Who is the largest dairy producer in India?

Ans. AMUL can be considered to be the largest dairy producer here in India. Every other Indian citizen is familiar with the popular AMUL ads, which have been around since the company's inception. Their butter is present in almost every supermarket, provision, and grocery store in India.