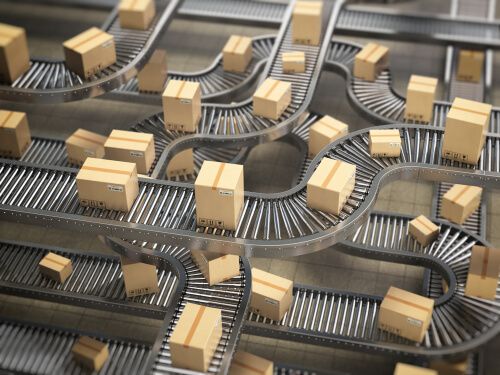 Manufacturing companies in Chennai are a big part of Chennai’s economic power and potential. The Chennai Metropolitan Area's GDP is between $78.6 billion and $86 billion, ranking it among India's most prolific cities. Chennai's industrial foundation is diversified and includes automotive, healthcare, and hardware manufacturing businesses.

The city was India's second-highest producer of business process outsourcing (BPO) and information technology (IT) in 2012. The city is home to a sizeable share of India's automotive industry, and hence, is called “Detroit of India.”

Possibilities for manufacturing companies in Chennai

The city's industrialisation began in the 16th century when textile mills manufactured things for Britain during its war with France. According to Forbes magazine, Chennai is one of the fastest-growing cities worldwide and among the "Top 10 Fastest-Growing Cities in the World".

In terms of Fortune 500 companies, it is the fourth most populated city in India, after only Mumbai, Delhi, and Kolkata. It also houses 24 Indian businesses with a total net worth of over $1 billion. In 2012, around 34,260 recognised firms were in the city's 15 zones, with 5,196 having a paid-up capital of over Rs 50 lakh.

Chennai's economy is anchored by the automobile, software services, hardware manufacturing, health care, and financial services industries. According to the Confederation of Indian Industry, Chennai's GDP will increase to $100 billion by 2025 or 2.5 times its current level.

As of 2012, the city is planning for significant industrial investment, with a Rs 1 lakh crore investment expected over the next five years. GaWC classifies Chennai as a global city, awarding it a Beta grade based on its worldwide reach and economic significance. The city will feature 400 financial enterprises, with half of them concentrated in Mylapore, R. A. Puram, Nungambakkam, and T. Nagar. The city is home to around 40% of India's car sector and 45% of the auto component industry.

The Avadi Heavy Vehicles Factory manufactures military vehicles, notably India's major combat tank, the Arjun MBT. The Integral Coach Factory is an Indian Railways producer of railway coaches and other rolling stock. Several textile industries are located in the Ambattur–Padi industrial zone, and a special economic zone (SEZ) for garment and footwear manufacturing has been established on the city's southern borders. Chennai accounts for more than half of all Indian leather exports.

The industrial possibilities in Chennai must be evaluated not only in terms of the district's resources and demand prospects but also in light of agricultural products. These resources arrive in the city's main markets from other districts with limited storage and marketing facilities.

The notion of building auxiliary units to large and medium-sized units and the use of by-products and industrial waste has also been investigated, and attempts have been made to establish new industries.

However, the success of any effort to promote any sector must be backed by a practical program to stimulate and foster entrepreneurship. This needs to be followed by a continuous assistance program by agencies involved in small business growth.

The number of initiatives taken by the Government of India and the Tamil Nadu government to assist industrial development in the state has dramatically increased the likelihood of establishing businesses in Chennai. The government has announced various incentives, and all procedures and formalities have been streamlined.

In a changing industrial climate for manufacturing companies in Chennai, the state is developing and extending its position in various industries. This, in part, indicates a progressive transition away from resource-based competitive advantages toward knowledge-driven competitive advantages. With their solid foundation of resources, infrastructure, and technical and non-technical labor force, knowledge-intensive industries will soon assume the lead in the state, particularly in the Chennai area. The following new sectors are anticipated to emerge in the Chennai region, considering the region's efficient infrastructure, physical, material, and trained and unskilled resources, as well as local, national, and worldwide markets.

Q. What are the main industries in Chennai?

Ans. The primary sectors operating in Chennai include

Q. Why is Chennai known as the ‘Detroit of India’?

Ans. Chennai is known as the ‘Detroit of India’ because of the concentration of significant automobile manufacturing plants and other businesses in the city. Avadi is also home to the Heavy Vehicles Factory (HVF), which builds military vehicles.

Q. How many companies are there in Chennai?

Ans. Chennai is known as the Health Capital of India since it caters to around 40% of domestic and 45% of foreign health tourists that visit the country.

Q. What is the GDP of Chennai?

Ans. The Chennai Metropolitan Area's GDP is between $78.6 billion and $86 billion, ranking it among India's fourth- to sixth-most productive cities.

Q. What form of industrial investment is planned in Chennai?

Ans. As of 2012, the city is planning for significant industrial investment, with a Rs 1 lakh crore investment expected over the next five years. GaWC classifies Chennai as a global city, awarding it a Beta grade based on its worldwide reach and economic significance. The city will feature 400 financial enterprises, with half of them concentrated in Mylapore, R. A. Puram, Nungambakkam, and T. Nagar.