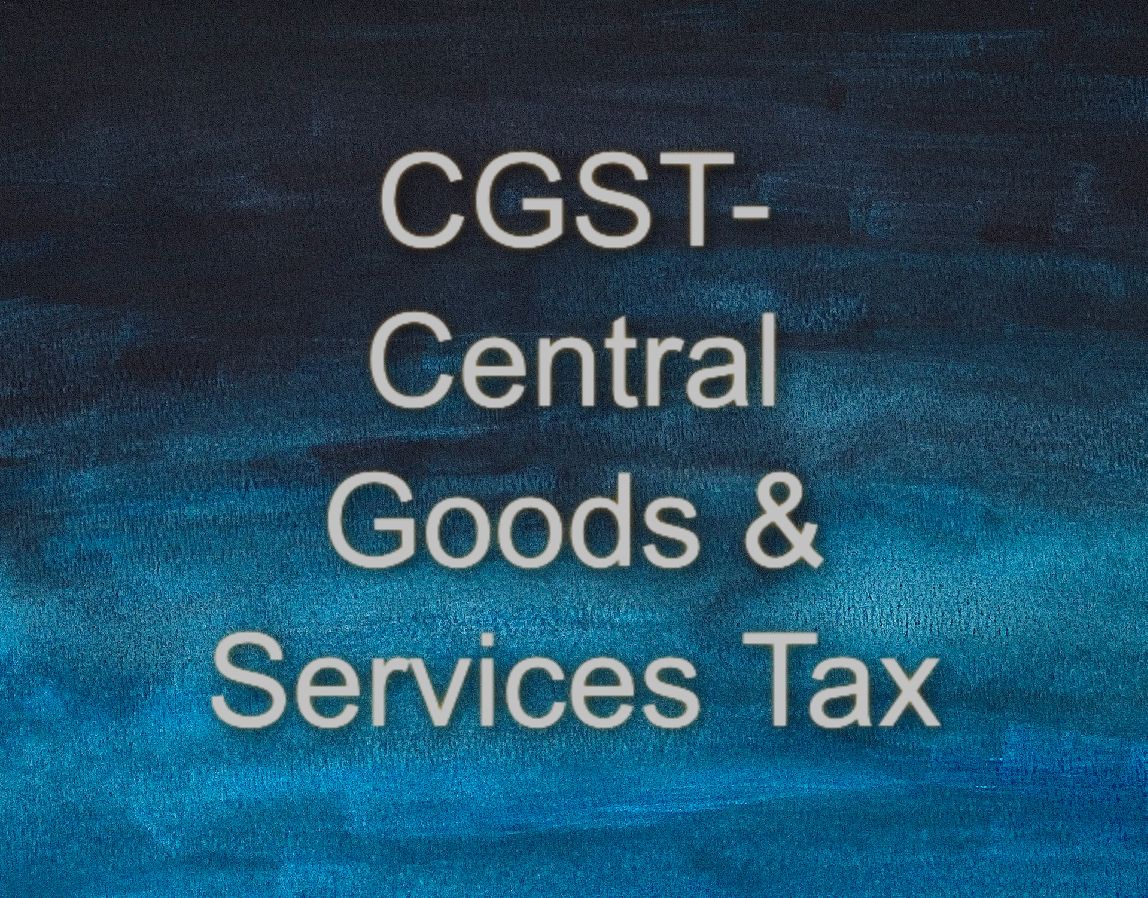 3. What All Taxes Are Levied Under CGST?

Before you ask the question What is CGST, lets understand the importance of GST In India. The biggest tax reform in India i.e, GST India has seen many ups and downs since its launch in July 2017. The government has promised remarkable changes in the tax sector and only development for the country moving forward. The full form of CGST is Central Goods & Services Tax.

The CGST Act manages all forms of taxes that are charged by the Central Government of India. This singular taxation format has helped in relieving the companies, businesses, and the common man to get rid of the unnecessarily imposed indirect taxes via the previous rulings. It caters to all suppliers, manufacturers along with consumers who are involved with daily businesses or just regular retail services.

Before we go into the briefer details on what CGST does for our economy let us first understand its definition. CGST is a tax that's levied by the central government in place of additional indirect taxes on intrastate supply of goods and services. This act is strictly governed and administered under the CGST Act of 2017. In some cases, SGST is also levied on similar intrastate supplies, but those will be collected by the state government.

Suppose, Mr. Kumar is a commodities dealer in Arunachal Pradesh and has sold/supplied goods to another dealer Mr. Arjun in some other city of Arunachal Pradesh worth Rs. 40,000. The general GST percentage or slab rate for intrastate goods or supplies is a total of 18%.

In this case, Mr. Kumar will be collecting Rs. 7200, out of which 3600 rupees will be levied by the Arunachal Pradesh government and the remaining amount will be charged to the Central government as GST tax.

3. What All Taxes Are Levied Under CGST?

The two taxes that aren't levied on a central level are- Customs Duty, R & D Cess.

GST Fact: Maharashtra and Karnataka have consistently been the major states in the collection for the highest GST rates in the country.

28% & above- Luxury based goods like- cars, high-end cosmetics, clothing, and more.

All these mandatorily fall under the CGST slab and will be levied inclusively during the purchases.

As noted in Section 8 of the GST Act, that both SGST & CGST shall be levied on all intrastate supplies of goods and services, but the rate cannot surpass the 14% tax rate slab. The state and central government tax rates are always calculated with an equal percentage. This law is applicable all over the country except Jammu & Kashmir.

No GST registration is required for businesses whose annual turnover is below 20 lakh rupees. (10 lakh for the North-Eastern states). Your GST Ledger should consist of- Output CGST & Input CGST. Dealers are also mandatory to pay TDS (Tax Deducted at Source) in addition to CGST. Supplies within state boundaries are also obligated to pay CGST. All rates are changeable anytime by the GST Council. Intrastate supplies that are affected by a taxable person situated in Union Territory(UT) will be accountable to pay UTGST. Maximum CGST for any slabs cannot extend over 40% including luxury goods.

Now that we have cleared our errors on What is CGST, full form of CGST, and difference between CGST and SGST, we can pretty much conclude an apt calculative scenario. GST promises a better economy and a big step towards becoming a developed country like the United States. The major issues that are being tackled are making every business getting registered under GST and going paperless. CGST has been successful in helping consumers avoid additional and indirect taxes on all items for over 3 years now.

Q. What is the full form of CGST SGST IGST?

Ans- The full form of CGST SGST IGST are:

Q. What is the maximum rate of SGST and CGST?

Q. What is CGST full form?

Ans- The full form of CGST is Central Goods & Services Tax, an indirect tax collected by the central government.

Q. What is SGST and CGST?

Q. How much is CGST and SGST?

Ans- Both the taxes have an equal percentage of slabs and will depend on your commodities minus the exempted goods.

Q. How to calculate CGST?

Products sold worth 1000 rupees will be eligible for an 18% GST rate, then the net price calculation will go like-

Q. What are CGST and SGST?