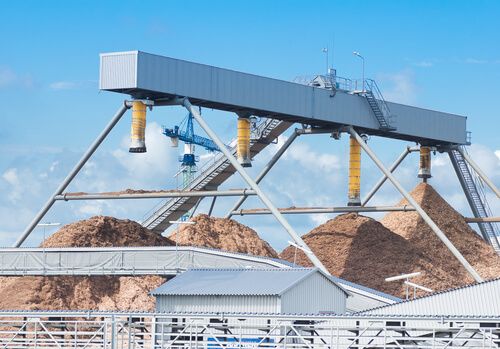 India is the world's second-largest cement producer; also, cement manufacturers in India possess a substantial market share. It accounts for more than 7% of the world's installed capacity. The cement industry is expected to benefit significantly from India's significant development potential in the infrastructure and construction sectors. Some recent initiatives, such as the establishment of 98 smart cities, are expected to significantly boost the sector. The easy availability of raw materials for cement production, such as limestone and coal, is a significant factor contributing to the sector's growth.

Increased infrastructure spending (34.9% for roads, 8.7% for metros, and 33.6% for railways) is expected to boost cement demand in FY22 budget estimates over FY21 estimates.

India's cement industry is experiencing increased demand. According to the company, key players include ACC, Dalmia, and Ultratech Cement. Indian cement companies reported a sharp rebound in earnings in the second quarter of FY21, and demand for the industry increased, driven by rural recovery. As rural markets have normalised, the demand outlook has remained positive. CLSA expects its cement coverage stocks' EBITDA to increase 14% year on year in FY21.

Investments and Developments in Cement Manufacturers in India

The company announced a US$137 million investment in January 2021 to increase the production capacity of its integrated cement plant in Guwahati, Assam, by 2 MTPA. The project is scheduled to be completed in the middle of 2023.

According to the Cement Manufacturers in India, the cement industry is expected to reach 550-600 million tonnes per annum (MTPA) by 2025, owing to increased demand in various sectors such as housing, commercial construction, and industrial construction. For any amount of taxable profit, business owners are burdened with excessive financial accounting. OkCredit is a financial accounting service that provides a variety of business-specific services that allow you to focus on your business's growth while OkCredit takes care of your financial problems.

Q. Which state is the largest producer of cement in India?

Q. Which city is known for its cement industry?

Ans. Kota in Rajasthan is known for its cement plants.

Q. How many cement plants are there in India?

Q. Which is the biggest cement factory in India?

Q. How much cement is manufactured in India?