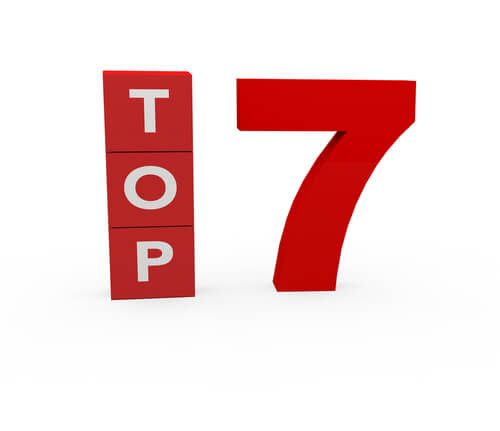 Nashik is a city in Maharashtra known for being one of the sites for Kumbh Mela, held every 12 years. Over the years, many manufacturing companies in Nashik have opened up, and it has emerged as a significant industrial location. It is situated on the river Godavari and is the largest city in the northern region of Maharashtra. It is also known as the "wine capital of India," as more than half of the wineries and vineyards of India are located here. About 90% of the wine produced in India originates from Nashik.

Nashik is well connected by all means of transport: road, rail, and air. Two railway stations are present in and around Nashik: Nashik Road railway station and Deolali. It has a domestic airport on Ozar, connected to important cities in India - Ahmedabad, Bangalore, Delhi, Pune, Hyderabad, Belgaum.

The Igatpuri-Nashik-Sinnar is a crucial investment region in the Delhi Mumbai Industrial Corridor Project. Hence, Nashik is home to many large-scale industries. Satpur, Sinnar, Igatpuri, Ambad, Dindori, and Vinchur are the existing industrial areas in the district of Nashik, and Sinnar, Malegaon, and Rajur are proposed additional regions.

Here are some of the top manufacturing companies in Nashik:

Hindustan Aeronautics Limited, one of the most popular manufacturing companies in Nashik, has an aircraft manufacturing plant located in Ozar. It was established in the year 1964 for the license manufacture of K-13 missiles and MiG-21FL aircraft. It has a complex of 1,48,20,000 sq meters, with state-of-the-art machinery and infrastructure.

It has trained and specialised people - around 1690 technical experts, 844 technical support experts, and 593 engineers. So far, it has manufactured approximately 900 aircraft.

Along with manufacturing, they are also involved in other activities, like the supply of spares and aerospace fasteners and the export of MiG spares to different countries.

HUL is one of the top manufacturing companies in Nashik. The Nashik factory of HUL was awarded the "Outstanding Performance in Food Safety" award in the "Large Manufacturing Food Businesses – Milk & Milk Products" category at the 13th CII Food Safety, Quality and Regulatory Summit and Awards ceremony held recently. A panel undertook a three-day audit from CII.

Over time, M&M has expanded into 22 key industries, ranging from aerostructures to farm equipment. Mahindra and Mahindra have manufacturing units at Zaheerabad, Nagpur, Rudrapur, Nashik (2 units), Jaipur, and Mumbai (2 units).

CEAT is one of the top manufacturing companies in Nashik. It also has five more manufacturing plants at other locations in India, with a production capacity of 140,000+ tyres per day. CEAT was founded in 1958 and is the flagship company of RPG Group. It is one of India's leading tyre brands with annual revenue of over 7,600+ Cr. Rupees. It has been awarded several industry awards as well.

Indian Oil was found to ensure self-sufficiency in the petroleum sector for India. Two companies were formed and merged to make one entity later on. It has been a remarkable journey of 50 years from then to now. Today, it has a refining capacity of over 600 million tonnes per annum, a cross-country network spanning 10,000 km, and a Rupees 5,14,890 crore revenue from operations in 2020-21.

What initially started as a refining and marketing organisation, Indian Oil has grown its operations to pursuing vertical integration into petrochemicals and oil production and exploring green fuels. The company proud itself of its "country before business" philosophy, with its substantial presence in deserts, mountains, islands, and plains, wherever people need petroleum. It is also the highest-ranking PSU in Fortune's Global 500 listing.

Larsen and Toubro have a glass container unit in Nashik. L&T is an Indian multinational company operating in over 50 countries worldwide. As of 2020, the L&T group has 118 subsidiaries, 25 joint-ventures, six associates, and 35 joint operations companies, operations across construction, primary and heavy engineering, manufacturing of capital goods, financial services, and information technology.

Shalimar Paints is a paint manufacturing company. It was founded in 1902 by AN Turner and AC Wright, two British entrepreneurs as Shalimar Paints Colour and Varnish Ltd. In the same year, it set up its first plant in Howrah, West Bengal. In 1963, the name was changed to Shalimar Paints as new management stepped in.

Q. Why is Nashik famous?

Ans. Nasik is renowned as one of the Hindu pilgrimage sites for Kumbh Mela, held every 12 years. It is also known for its wine industry. There are many manufacturing companies in Nashik.

Q. How can one reach Nashik?

Ans. Nashik is connected by all means of transport: rail, road, and air.

Q. What is the Delhi Mumbai Industrial Corridor Project (DMIC)?

Ans. DMIC is a planned industrial development project between Mumbai and Delhi. With an estimated 90 billion US Dollars investment, it is one of the world's most significant infrastructure projects. The project has received a considerable boost from Japan and India, with both countries likely to contribute funds equally.

In December 2006, an MOU was signed between the Government of India and Japan. The final project concept was presented in August 2007 to the prime ministers of both countries during Abe's visit to India. The corridor will cover a length of 1483 Kms, and pass through 6 states: UP, Delhi NCR, Rajasthan, Haryana, Maharashtra, and Gujarat.

Q. Apart from manufacturing, what are the other companies in Nashik?

Q. What language is spoken in Nashik?

Ans. The regional language is Marathi, but people also commonly speak English and Hindi, among other languages.