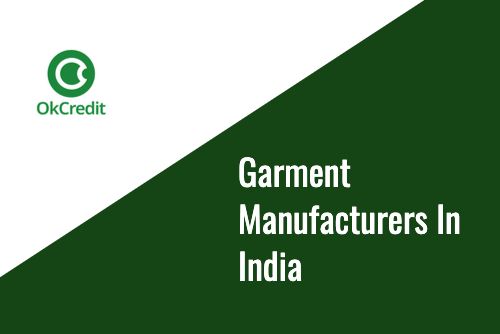 According to estimations, approximately US $108 billion was spent on textiles in India last year. The industry is predicted to reach the US $141 billion by 2021. More than 45 million people are directly employed by corporations, while another 60 million are indirectly employed by companies, making textiles the nation's second-largest employer behind the agricultural industry. According to government estimates, the textile sector in India contributes about 5% of India's GDP and 14% of the country's Industrial Production Index (IIP).

Over the next ten years, India's garments industry has the potential to quadruple in size, reaching a total value of US $500 billion. The United States has US $315 billion in domestic sales and 185 billion dollars in export sales. Domestic sales are currently approximately US $68 billion, with exports valued at around the US $40 billion.

The top garment manufacturers in India who will dominate the country's apparel business in 2022 are as follows:

This vertically-integrated textile company offers end-to-end solutions in five major industries: cotton yarn, apparel fabrics, home textiles, garments, and polyester yarn. It has its headquarters in New York City. Alok has a large consumer base that comprises, among other things, domestic and international shops, garment exporters in India, and leading worldwide brands. They also house some of the world's most successful merchants and India's most successful textile producers.

Arvind Mills, founded by three brothers in 1931, is one of India's foremost high-end superfine fabrics producers. Arvind Mills is based in New Delhi. For decades, Arvind has been a dominant player in the industry, with brands like Arrow, Flying Machine, and USPA. Arvind has expanded into a wide range of industries, including retail, engineering, and telecommunications, as well as textiles, garments, complex materials, chemicals, and dyes.

As the top maker of fire-resistant fabric in the United States, Arvind also manages 15 worldwide garment brands, including Tommy Hilfiger and US Polo, among others. Arvind is one of India's leading textile companies.

Ecological and social initiatives, real estate, clothing, and farming are among the industries represented by the company's 42,000 employees. It ranks first among India's top ten textile companies in terms of revenue. Arvind Ltd. also owns NNNOW.com.

Vardhman Textile is a textile manufacturing company in Vardhman, India. This subsidiary of the Vardhman Group was founded in 1965 and is now India's largest textile company, with annual sales exceeding US $1 billion. Vardhman is a manufacturer and trader of Indian yarn, greige/processed cloth, acrylic fibre, and other products. The company operates 22 manufacturing plants in five Indian states.

Since its inception, Vardhman Group has grown into a global corporate behemoth with operations in India and 75 other nations. It is involved in manufacturing yarn, fabric, and acrylic fibre. As India's second-largest textiles company by revenue, Vardhman has a solid business plan and a considerable market share.

SEL, an Indian textile firm, is one of the country's and the world's largest vertically integrated textile enterprises. The company's facilities in Punjab, Haryana, Himachal Pradesh, and Madhya Pradesh cater to a varied range of consumers, from spinning and knitting to creating value-added items such as terry towels and ready-made clothes. SEL is a major provider of yarn and thread to the European and American markets.

Vertically-integrated home textiles manufacturer Himatsingka Group has a global presence. All the Group's activities revolve around home textile items. The Group has one of the largest capacities in the world to produce upholstered fabrics, curtain fabrics, and bed linens.

Since its founding in 1985, the Himatsingka Group has focused on product development, the best manufacturing techniques, and effective supply chain competencies to offer the greatest customer service available in the market. The Group, which now employs over 5000 people, is committed to expanding its footprint and strengthening its position in the home textile industry.

According to the company, Welspun India Ltd's in-house textile production has been fully integrated with one of the world's top textile producers. Customers worldwide can now purchase the company's home textile items, thanks to a global distribution network of 32 nations. Christy and Hygrocotton are two of their most well-known brands. Its two cutting-edge plants, both in Gujarat, oversee the production of home textiles for the bed and bath categories.

Welspun is a well-known name in the Indian textile industry. Currently, exports account for 70% of the business in sophisticated textiles. As a result, it ranks No. 3 in terms of revenue among India's top 10 textile firms.

Trident Group has become one of the world's leading integrated home textile companies, exporting its products to over 100 countries worldwide. The company is a world-class terry towel manufacturer and one of India's leading yarn spinners. As a result, it's no surprise that Trident is a top manufacturer and exporter of cotton terry towels and other domestic textiles and chemicals and captive electricity in India.

Weaving, bed and bath linen, paper, chemicals, and captive electricity are only a few of the products made by the company. Barnala (Punjab) and Budni (Bihar) are home to Trident's cutting-edge production capabilities (Madhya Pradesh). The enterprise has a sizable portion of the home textile export market, being one of the top exporters.

A leading company in the innerwear segment, JOCKEY is the company's flagship brand. Several firsts have been made in the innerwear business thanks to the innovative work of Page Industries and JOCKEY.

Extensive foot traffic in shopping malls and high streets has enabled the brand to open 384 exclusive brand outlets throughout India as of September 2017. JOCKEY has a long history with KPR Mills, which is reflected in their outlets, presenting entire product lines of sports and activewear for men, women, and children.

Knitted grey cloth, multicoloured fabric, and ready-made garments are produced by India's largest and leading textile manufacturer, KPR Mill Limited. Its headquarters are in Mumbai, India. The corporation's garment manufacturing factory is one of the largest in Indian history, with an annual output capacity of 95 million units. It has also created windmills to generate green energy for Tamil Nadu, a state that is 75% self-sufficient in terms of electrical needs.

High-speed automated circular knitting machines capable of producing 27,000 MT of different types of fabric each year are available in the fabric department. Its Fabric Processing unit can treat up to 18,000 metric tons of material per year using cutting-edge electrothermal processing (ETP). It is one of the largest textile factories in India, producing 95 million garments every year. It is one of India's most renowned textile companies.

The garment sector in India today employs over 13 million people, making it the country's largest employer. In recent decades, several of India's top clothing industries have developed as key providers of ready-made textile items to the worldwide market.

Q. What materials are used by garment manufacturers in India?

Ans. Cotton, jute, silk, wool, and man-made fibre are the primary raw materials used in the textile and garment industries. India was the world's second-largest cotton producer (4.15 metric tonnes) in 2005-06, accounting for 16.75 per cent of worldwide output.

Q. Which city produces the highest ready-made garments in India?

Ans. Ludhiana and Indore are well known in India for their garment industry.

Q. Which is the largest garment manufacturer in India?

Ans. Arvind mills are the largest garment manufacturer in India.

Q. Can cotton be recycled?

Ans. Cotton can be recycled, but only at a textile recycling facility, where the scrap material is mechanically separated to its fibres and spun into yarn with new fibres.

Q. How long does it take cotton to degrade naturally?